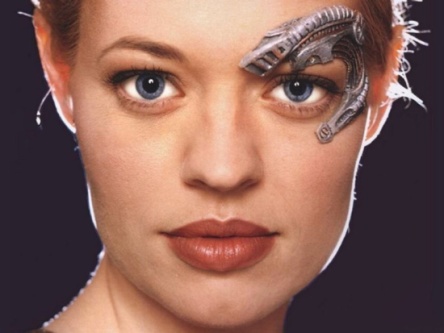 Watching disk #4 of STAR TREK CAPTAIN’S LOG, the VOYAGER episodes, I found this disk far better than I thought it would be.

These episodes avoid the things I didn’t like about the show, the whole infighting/backstabbing/civil war type dynamic, the Tom, B’ Ellana characters being particularly annoying (actually most of the characters were annoying and unlikeble, a failing of the series), and instead embraced solid, straight-forward, fun sci-fi adventure tales with a hint of pathos. And of course the jaw dropping appearance/figure of Jeri Ryan does not hurt at all, and all the actors here deliver solid performances.

Kate Mulgrew’s commentary is very insiteful, and more than a bit impressive, in how completely and carefully and passionately she views her craft. So contrary to my earlier posting this is definitely a disc to be considered a plus of this collection, as it does highlight good episodes of Voyager.