TSUI HARK is one of Hong Kongs most acclaimed filmmakers, having directed over 40 films. Along with countrymen John Woo and Ringo Lam, he is one of the most well known of the 1st wave of Hong Kong Superstar directors. And along with those directors was wooed by Hollywood at the end of the 20th century, a Hollywood that had grown bereft of new ideas. And Hong Kong directors fearing the turnover of Hong Kong to China, were eager to be courted by Hollywood.

Unfortunately like his compatriots his Hollywood work was short lived and unsatisfying, and he has since returned to Hong Kong to continue making films. His best work has always been his frenetic, everything but the kitchen sink, melodramatic action fueled films.

And while not one of my favorite directors, he has had an interesting and extravagant career. Some of his more notable films being: 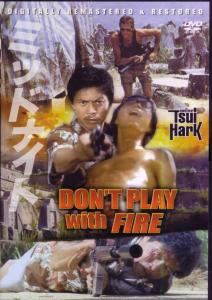 From three teenagers in a hit and run accident, to a young empty girl obsessed with pain and death, to triads, to stolen money from a white militant organization; the movie builds from horror to horror. It is unrelentingly grim (almost, because Tsui does manage to instill some moments of fleeting farce into it, “what are you? a milk junkie?” “the book of mormon?”; but that just manages to make the nihilism in the film that much more pronounced ). Easily one of Tsui Hark’s best films. And would make an effective double feature with Narciso Ibáñez Serrador’S WHO CAN KILL A CHILD. B.

Suk san: San Suk saan geen hap (1983) aka Zu Warriors from the Magic Mountain (Hong Kong: English title)- This is Tsui Hark’s most well known movie, a fantasy film steeped in Chinese lore. Has never really managed to leave an impression on me.

Once Upon a Time in China (Hong Kong: English title)- Good film with the Eponymous Wong Fei Hung. Good movie with outrageous set pieces and nice use of Martial Arts/

Green Snake (Hong Kong: English title)- Another of his magical films that left very little impression on me. May need to see again. 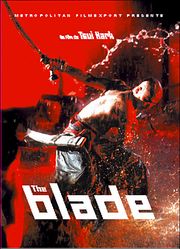 The Blade (Hong Kong: English title) (USA)- I had completely forgotten about this film, until stumbling across the name in IMDB. This is a great film, even better than his DON’T PLAY WITH FIRE. Lengthy and overlong but still enjoyable. B+.

Knock Off (1998) and Double Team (1997)- His two Hollywood Van damme films, which are both horrendously bad. 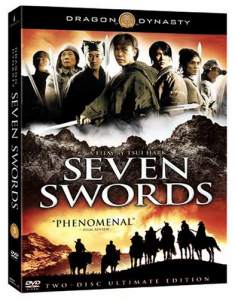 Once I’ve tried those I’ll add the reviews here. And any Tsui Hark fans are more than welcome to email or post their own comments on the odd and eclectic filmography of Tsui Hark!