I recently did a post highlighting some of the best directorial debuts of the last century. A lot of classic greats such as Orson Welles  CITIZEN KANE, Branagh’s HENRY V, Ossie Davis’ COTTON COMES TO HARLEM (which for the time when it was made, 1970, was really revolutionary as far as staging chase scenes. It’s often over looked in great car chase films, however it is one of the first and best. And the movie as a whole is disarming, tinges of heart felt humor in it, but also a surprising bit of wrath, brutality and action).

This time around I wanted to cover some of the best directorial debuts of the still relatively new 21st century.

In our fragmented increasingly monotheistic film landscape, the importance of film that comes outside of the ever repressive Disney structure has never been more important (shame on you Disney for firing James Gunn. And shame on you Twitter for not deleting ten year old quotes when asked, and instead holding on to quotes and allowing them to be militarized and sold to neo-conservative/neo-nazi hatchet men with a desire to use social media, the stupidity of the masses, and the immorality and venality of corporations,  to destroy any and all opposition to their madness.)

So until Disney is broken up by Anti-Trust laws like it needs to be, we need alternatives to standard mass media. We need streaming and VOD, and that’s where the interesting films and filmmaker get a chance to have a life, and earn an income. We need a new generation of great and gusty filmmakers, and I am happy to say they are out there.

So without further ado, here are the best Feature film directorial debut of the 21st century:

THE EVIL WITHIN (2017) – It is NIGHTMARE ON ELM STREET but instead of a slasher film, is a perverted episode of TWILIGHT ZONE. A little known movie but worth seeking out.  Like most of these films it can be seen if you are an Amazon Prime member.

THE LAST WILL AND TESTAMENT OF ROSALIND LEIGH (2012)

Rodrigo Gudiño  – To date the only feature film by Rodrigo Gudino, I love this film. However, It is one of the few director’s commentary I do not like, as his take on the movie runs contrary to the wonderfully unique atmosphere the film creates, and really talks you out of liking the movie, and his interpretation takes the magic, and wonderful horrific atmosphere. So a rare case of watch the movie, but avoid the special features and commentary. And I typically LOVE Commentaries. 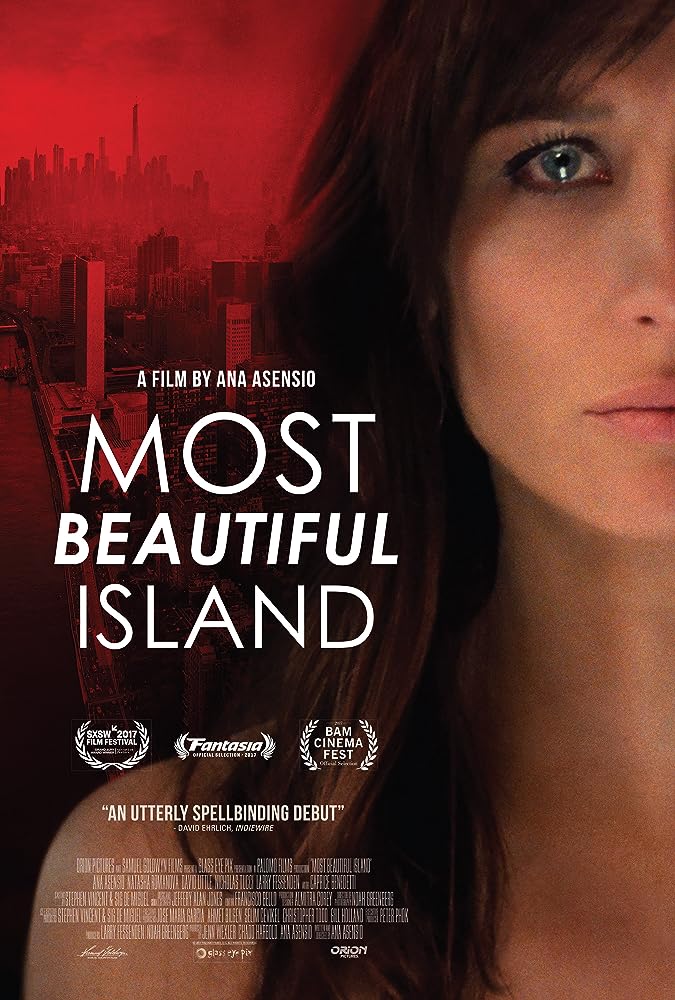 MOST BEAUTIFUL ISLAND-  Wow. I didn’t know at all where this movie was going. And that is how I suggest you go into it. Do not watch trailers or read anything else beyond this on it. I will say the opening pre-credit sequence…very masterfully done. Robert Bresson is arguably one of the greatest directors ever, and he mastered what is considered the empty frame, or the pregnant frame.  He created the camera opening on a vacant scene, and building expectation as you waited for that space to be filled. The opening of this movie has some of that Bressonian genius. But pushes it somewhere odd, depending who you are, and what you bring to the film, that opening scene may highlight how almost on an instinctual level their is a vouyeristic and somewhat predatory nature to how we look at people in groups, and what people we focus on. It is hard to explain, but you will arguably feel it in the motion and lack of motion of the camera in that opening sequence. And ends just as brilliantly and conflictedly.  A great film by star and first time director Ana Asensio.

THE WITCH
SOUTHBOUND
STOMPING GROUND
CRAWL OR DIE
DEVOURED
CALL ME KING
A MESSAGE FROM THE KING
ABSENTIA
THE HOUSE OF THE DEVIL
LET THE RIGHT ONE IN
EUROPA REPORT
FRANKENSTEIN’S ARMY
AT THE DEVIL’S DOOR
THE TALL MAN
BONE TOMAHAWK
PONTY POOL
UNDER THE SKIN
THE ARROYO
BOY WONDER
Honorable mentions: IT FOLLOWS unfortunately is the 2nd film of its Director, or it would be at the top of this list. I consider it (along with A GIRL WALKS HOME ALONE AT NIGHT) one of the greatest Horror films made since Carpenter’s 1980s output.