Now, first there are a lot of misinformed people who will term cosmic horror, as Lovecraftian horror. That is incorrect.

I know why people do it, because they are ignorant of the facts, and they are regurgitating a myth that other misinformed or downright mendacious people have propagated.

So this post I hope to clear it up.

Cosmic Horror, is not Lovecraftian Horror.

House On The Borderland HC by Corben and Revelstroke

While it is a field HP Lovecraft flourished in, he was not the creator of the genre, he was just one of a pretty impressive field. Arguably if you want to lay the mantle of father of Cosmic Horror at any writer’s doorstep, William Hope Hodgson, 1908 Author of THE HOUSE ON THE BORDERLAND, would be way before Lovecraft, and even before him would be the great HG Wells who in many ways created the concepts of not just science fiction and the hopefulness of space with THE FIRST MEN IN THE MOON (1901), but also the concept of the horrors of space and man’s smallness in the face of it, with THE WAR OF THE WORLDS (1898).

We forget exactly how prolific and staggering and broad a writer HG Wells was. He created whole genres and fields of thought and whole colonies of lesser writers formed around a single one of his ideas. Such is the case with Cosmic Horror, arguably every writer you can name doing ‘cosmic horror’, including Lovecraft, is simply playing in the shadow of a single HG Wells story.

“No one would have believed in the last years of the nineteenth century that this world was being watched keenly and closely by intelligences greater than man’s and yet as mortal as his own; that as men busied themselves about their various concerns they were scrutinised and studied, perhaps almost as narrowly as a man with a microscope might scrutinise the transient creatures that swarm and multiply in a drop of water.”
― H.G. Wells, The War of the Worlds

That is the heart of every short story Lovecraft would do, the dread from beyond, distilled into a single concise paragraph.

Lovecraft and others spent entire careers mining just that one idea of Wells, nothing wrong with it, but let us not get things crooked.

Father of cosmic horror, Lovecraft is not. 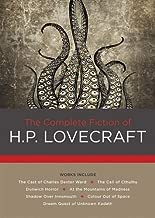 And while I appreciate Lovecraft’s writing, the truth is, he is an author who was never in his life… anything more than a niche little known writer, for niche little known magazines. He is more popular in death, than he ever was in life.

Again the same can be said of many very good writers.

However, unknown in his lifetime, that can not be said of HG Wells.

HG Welles was, without argument, one of THE greatest writers of his time, and arguably remains today, over a hundred years later, still the single most influential writer in the English language, since so many writers from both science fiction and horror and fantasy , can trace their lineage to him, and continue to build on his concepts.

So rather than people slapping Lovecraftian on anything remotely resembling cosmic horror, it would be more aptly called Wellsian horror, if you want to go to the source.

Plus HP Lovecraft, being the poster child for racists, makes him a writer I can do without over glorifying. From all documentation he was a pedantic, overblown writer and person, assuming airs beyond him, the racism and class-ism all were affectations of his aspiring to a nobility, when he was not a noble man.

He is a bit like Poe, a writer I adore, but who was also a vicious, insufferable human being (per his writings, correspondences, reviews), who railed against the world for its idiocy in not recognizing his nobility, and talent as a writer, during his life.

A modicum of humility and honest perspective in either man, would have made them far better human beings, but perhaps their writing would have suffered.  Who knows.

That said Lovecraft (like Poe) is a very good short story writer (he is not as good as Poe, but he is a very good writer), and I think several of his short stories deserve their acclaim. But guys and gals, there have been great Cosmic Horror writers before Lovecraft, and a hell of a lot since.

So let us stop slapping Lovecraft’s name, which I will admit is a bloody cool name, on anything remotely resembling cosmic horror.

So now that that is cleared up, please feel free to educate anyone you see using the term Lovecraftian Horror, on all cosmic horror (even creators oft just lazily grab a catchphrase that people know). Tell them call it just Cosmic Horror, or call it Wellsian Horror.

Okay , onto the films:

“The sea is laughing. As though hell cackled from the mouth of an ass.”

OUT OF THE STORM by William Hope Hodgson

Courtesy of SFF Audio. Listen to it here! It is absolutely brilliant. This is the writer who inspired Lovecraft, and what Lovecraft learned from him (a man plagued by his own demons)… is clear…. and horrible.

Touching on that ‘plagued by demons’ statement. If this recounting of Hodgson’s meeting with Houdini be accurate, Hodgson comes off as more than a bit sadistic.