If you are like a great majority of the North East, you are very much snowed in this weekend; so let me suggest something perfect for such a weekend.

HULU offers a bevy of shows worthy of binge watching, here is one of the best:

UFO – This series, the brainchild of Gerry and Sylvia Anderson is them making the leap from their very popular children’s Marionette series to, not only Live Action, but also more Adult fare. This show, embodying many of the obsessions of the late 60s, the Space Race, ESP, the James Bond Spies, A more global, diverse perspective, and UFOs,tells an imaginative tale of a secret cold war between these mysterious UFOs and the Earth’s protectors… SHADO.

A few episodes in, getting past the wonderfully kitschy depiction of the far flung year of 1980 (Sylvia’s designs for dress and uniforms, is at once sexy, ludicrous, surreal, and ultimately captivating), and the crudeness of the effects (which I personally love, Gerry Anderson being the king of marionette and minature based effects, which he would further perfect in SPACE 1999, which itself would inspire some of the effects in STAR WARS) and you quickly realize this is a serious and at times shockingly dire and brilliant show. The scripts are surprising, in that out of this far fetched world comes moments of pathos, and thoughtfulness, and sometimes strivings toward the profound. It was a welcome tone, a morality to the writing that would be even more in evidence in the 1st season of SPACE 1999 (avoid Season 2, and make sure you watch Season 1 in the correct order).

But despite its quality UFO was an unfortunately, but possibly understandably, short lived show.

The unfortunate part because the show when originally broadcast in the US, was done out of sequence, which made it just not work from week to week. A similar fate would befall both UFO’s follow-up series and (as a 21st century example) Joss Whedon’s FIREFLY

HULU thankfully presents the series in order, and it makes all the difference, as you get to grow with the characters as they grow with each other. Treat yourself to this 46 year old, way out 60s infused tale of spies and Aliens in the far-flung future of 1980. 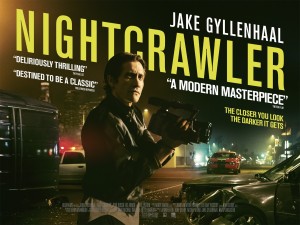 Horrendous, disturbing, and brillant. A biting and horrific indictment as well as pitch dark satire of the 24 hour news cycle, and selling horror as an American pastime, and the rise of dysfunctional people in a dysfunctional society.

The direction by Dan Gilroy is stellar, but what really amazes is the performance of Jake Gyllenhaal. Gyllenhaal is absoultely atounding. You can not take your eyes off his haunted, emaciated face. His performance is the stuff of awards.

This film, NICGHTCRAWLER, written and directed by Dan Gilroy is a masterful debut. The calling card of not a Director to watch, but a seasoned professional at the height of his powers. Highly Recommended.


Having exhausted all the episodes of many BBC shows, including both the seminal Jeremy Brett Sherlock Holmes and the inventive Benedict Cumberbatch series, I find myself using Netflix to find overlooked shows from yesteryear to give a try.

This weekend Agatha Christie’s POIROT finally made my radar. Initially viewed as a Belgium and more sedate and less exciting Sherlock Holmes, it grows on you none-the-less, six episodes in and I’m liking if not loving what I see, a passable, light-hearted comedy of manners, in a mystery setting.

The ratings so far with most of the first season done is:

Come by next time for more.

For the young and young at heart I recommend the following cartoons:

For the action fans: 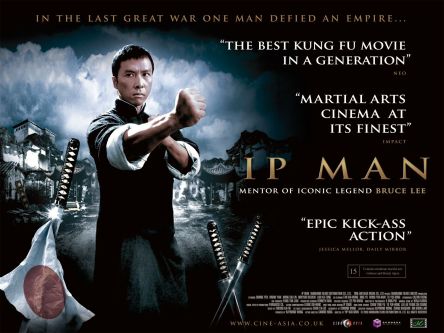 IP MAN (all three movies are available, I’ve seen the first two so far and they are great. Director Wilson Yip and star Donnie Yen crafting a dramatic biopic anchored with brutal and impressive martial arts scenes. That one man could have lived such an influential and pivotal life is truly inspiring)

SOLOMON KANE – this disappeared out of the theaters quickly, but once you get past the weak opening, it is an enjoyable fantasy, action film, led by the always solid James Purefoy. 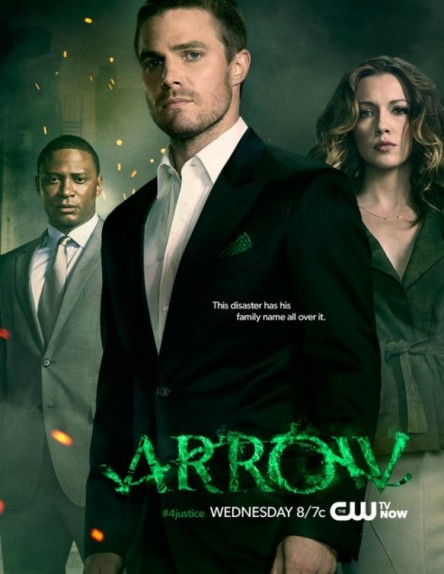 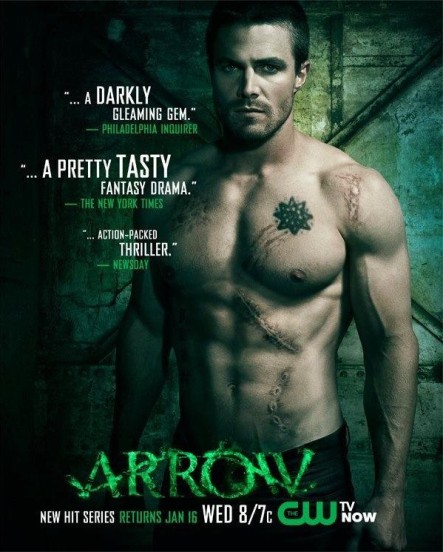 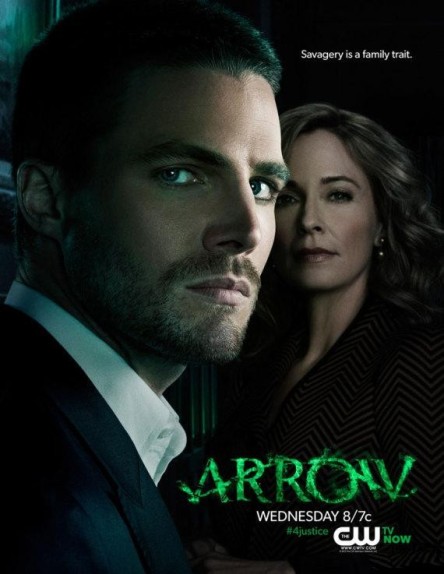 ARROW- probably my favorite television show discovery in a while, nearly every episode of the ARROW has been outstanding (I tend to like my heroes, to not be killers, so the later episodes, are getting a bit bloody and hypocritical for my liking. I’m starting to root for anyone except the titular hero. The series creators will need to watch that) .

Who knew the CW could make a show I actually like. The first season is on NetFlix, and sports fun stories, a strong lead, and perhaps a particular selling point for me, a large and diverse cast with multiple actors and actresses of color. I personally just can’t be bothered with shows that sport no characters of color or only the one token character of color. ARROW is a well acted, directed, and written show and provides lots of diverse actors in non-stereotypical roles. It’s a gem in a sea of sameness. Loving that first season enough to pick up the Bluray.

For the SciFi and Horror Fans out there I recommend:

EUROPA REPORT, THE FRANKENSTEIN THEORY and TROLL HUNTER are all three, enjoyable examples of the found footage film.
RIPPER STREET
THE WALKING DEAD – I’m not a Darabont fan, typically because he doesn’t have a subtle bone in his body, and his usage of characters of color shows a pattern of being unflattering at best. I understand the Walking Dead TV show is going to be a different animal from the Walking Dead book, that said changes when they happen should improve upon the source material, not diminish it. And I feel the first few episodes of THE WALKING DEAD unnecessarily takes a dumbed down approach, to very innovative material.

On the Drama/Thriller side I recommend: 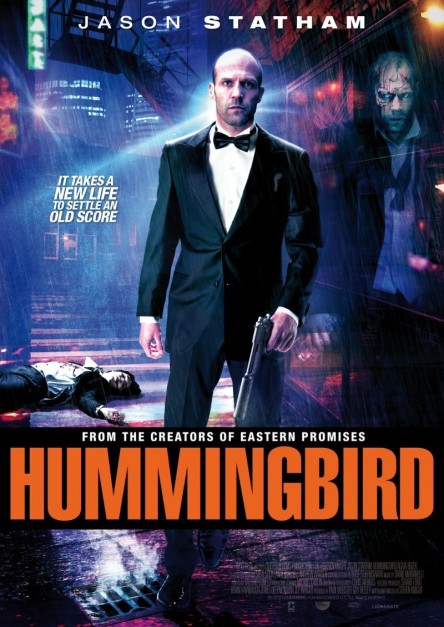 REDEMPTION (aka by the less intriguing title HUMMINGBIRD)- starring Jason Statham, is a surprisingly well acted film from the typically taciturn action star. Along with SAFE and THE EXPENDABLES it is one of his best films.

LIE TO ME- Based on an Israeli TV show, this is one of the few police procedurals I enjoy.  Incredibly engrossing and informative.

BURN NOTICE- is another enjoyable series. I like to describe it as, Macgyver if it was good. :).

For the gastronomically inclined among you I recommend:

Those are the ones to seek out, some to avoid on Netflix are:

KILL ‘EM ALL
TACTICAL FORCE- interesting cast, but the directing, writing is subpar
THE FROZEN – couple stranded in the cold and hunted, sounds like an intriguing premise. But is a recipe for boredom in this film.
THE INNKEEPERS- I was and am a huge fan of Ti West’s HOUSE OF THE DEVIL, so was very much looking forward to watching THE INNKEEPERS, but unfortunately while it sports the wonderful Ti West use of Framing and Camera angles, the movie has no real substance or interest. The writing, plot is a major failing, with dumb and annoying characters choosing to do dumb things which immediately takes me out of a movie. Plus the scare scenes are poorly done and edited, the movie lacks any real power, and end of day is both predictable and empty. Rating is: Avoid.

As far as the ones to own:

GRIMM Season 1- Surprisingly entertaining fantasy show that works in a way that other shows such as WAREHOUSE 13 do not
LIFE Season 1- A wry and off-kilter and charming and undeniably different tv drama. tinged with a whimsy and a bit of magical realism that makes it more than a simple police procedural
TOP SHOT Season 1, 2, 4- I’m not a ‘reality’ tv fan, but this history channel competition show is nothing short of  fantastic. Additive and fun watching

TOP SHOT Season 3 – One competitor and the drama he introduces (the words functional psychopath come to mind) almost makes the season unwatchable. Thankfully he gets removed, and allows for an exciting season finale.

THE MEDIOCRE OR JUST PLAIN AWFUL 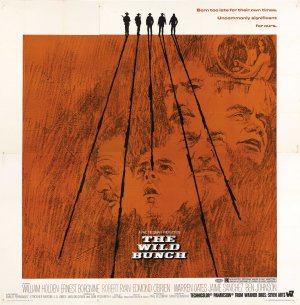 I’m in the process of getting the MONARCHS OF MAYHEM: LR GILES interview posted. Should have it up in another couple of hours.

(In fact the only problem I have with the interview is how Steven Barnes is introduced. Steven Barnes is one of the most celebrated science fiction writers of his generation. Full stop. How he is introduced is with a modifier that strikes me as being both unnecessary and unthinkingly dismissive. But that aside, an interesting listen)

Also I’m watching the end of Peckinpah’s THE WILD BUNCH, and ‘wow’ what a great film. There’s that moment in THE WILD BUNCH, where the four, guns drawn, are surrounded by an army in shock, everyone frozen, in that pause between heaven and hell.

And Ernest Borgnine into that silence… chuckles, and the gates of hell are opened.

It’s as good a moment of film, as you’ll find.

A movie of brutal violence, that is at its heart.. a romance about the dying of an age.

Anyhow, excuse any slowness in getting the next post up, but it’s… THE WILD BUNCH.