I first became familiar with these two novels, both by master writers, as novels proper. And both blew my mind in ways both stunning and lasting. Later I listened to the Audio Books. Audio Books, if you get the right reader, for the right work, can be rewarding experiences, even to lovers of the novel.

I love me some Walter Moseley EASY RAWLINS mysteries, I’ve read just about everyone of them, and I have to tell you the pairing of Moseley’s iconic words with a formidable actor such as Michael Boatman, is to have those works enriched, and nuances discovered that may have been skimmed over by even the most loving reader.

A great Adaptation, a great marriage of words and performance can do that, can alchemize into something more than the sum of its parts. Something magical. And an audio book avoids the constraints of time and budget and indeed visuals, that a film or TV show runs into. An audio book has the biggest theater of the world, and the biggest budget, in which to breathe life into the writers words,… the theater of the mind.

So Audio Books when they get that mixture right, become part of a sacred line of story and storytelling, going back to the cradle of not just Black History, but all history.

This 2 part post, honors two of the best, that should be loved and listened to and cherished by everyone.

Charles Johnson’s seminal and National Book Award winning novel, MIDDLE PASSAGE. It is an American epic, a rousing seafaring saga, blisteringly funny at times, deeply harrowing at others, both poetic, prosaic, and magical all at the same time. As someone who has read Melville, and Dickens, and Hemingway, and Crane and Poe and Bradbury and King and Baldwin, all the quintessential American masters, this is the novel I would save when everything else is burning.

I give the hardcover out as presents. I consider it, in an imperfect world, an arrow toward a more perfect union. So having it on a pedestal that high the audio book has to bring it. It was made into an audio book twice, the first was an abridged and hence flawed cassette version, but read by the author himself, I quite liked it. He brought something… wonderful to it.

The 2nd time was on CD, unabridged thankfully. The performer Dion Graham, gives a different performance than Charles Johnson, that I slowly warmed to. And as the story drew you deeper so did his voice. It’s a wonderful way to be introduced to this great novel.

I would say both audio book versions are indispensable. Start with the unabridged CD version, and then follow up by listening to the Abridged version. And have a copy of the paperback or hardcover, to read over especially loved passages.

In an America where folly holds sway, the words of men who both remember history and learn from it, is of the highest value.

Check them out at the links below:

If you like this blog please support it by using the links above and by leaving comments! And come back for the 2nd part where we discuss the 2nd, must own, Black History Month (and other months) Audio book!

“ONE NEVER knows when the blow may fall.

When I saw Rollo Martins first, I made this note on him for my security police files: “In normal circumstances a cheerful fool. Drinks too much and may cause a little trouble. Whenever a woman passes raises his eyes and makes some comment, but I get the impression that really he’d rather not be bothered. Has never really grown up and perhaps that accounts for the way he worshiped Lime.”

I wrote there that phrase “in normal circumstances” because I met him first at Harry Lime’s funeral. It was February, and the grave-diggers had been forced to use electric drills to open the frozen ground in Vienna’s central cemetery. It was as if even nature were doing its best to reject Lime, but we got him in at last and laid the earth back on him like bricks.

He was vaulted in, and Rollo Martins walked quickly away as though his long gangly legs wanted to break into a run, and the tears of a boy ran down his thirty-five-year-old cheeks. Rollo Martins believed in friendship, and that was why what happened later was a worse shock to him than it would have been to you or me. If only he had come to tell me then, what a lot of trouble would have been saved.” 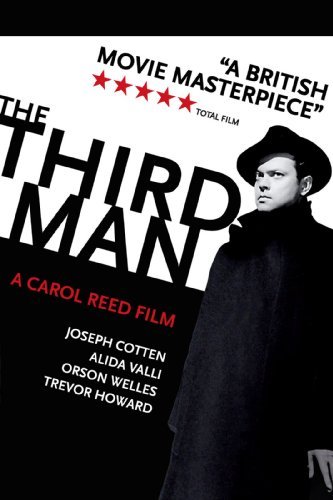 First published in 1949 in the wake of the popularity of Carol Reed and Orson Welles'(star and uncredited co-director) THE THIRD MAN, the eponymous novel/novella was never really intended to exist. The novella was the first draft of Greene’s screenplay for the film. The film is the preferred format, even by Graham Greene. However the film’s extreme popularity spurred interest in the publication of the novel, as well as birthing a very popular score/record,

and a wonderful radio show (starring Orson Welles called THE LIVES OF HARRY LIME, it is brilliant).

The Lives of Harry Lime, Volume 1

Listen to Lives of Harry Lime for free Here!

But the novel really doesn’t sing by itself. It’s only in the audio-book format, when it’s tightened up a bit, and read by the cultured yet world wearied voice of the great James Mason that it becomes something brilliant and essential, and as haunting as the film.

As someone who considers THE THIRD MAN one of the greatest movies ever made, perhaps my favorite movie of all time, The James Mason read audio book (avoid the Martin Jarvis audio book, it’s just nowhere as good) is without doubt my favorite audio book. 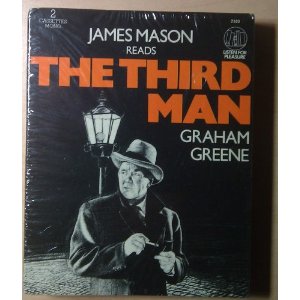 I listen to it in the car and in my home… often.

And there’s something between the words, and the inflection of Mason’s voice that never ceases.. to enthrall.

“Happiness isn’t about getting what we want, it’s about appreciating what we have.”
—SPOOKS