HEROIC TIMES Top 20 Books list is a new weekly installment that ranks the 20 most interesting/intriguing books of the week (old, new, reissues, digital, etc). Contributors represent a variety of genres and sources. Each book includes Title and publisher blurb.

Feel free to leave feedback comments below, or suggest additions or subtractions.

by Teju Cole- A masterful command of narrative voice distinguishes a debut novel that requires patience and rewards it. 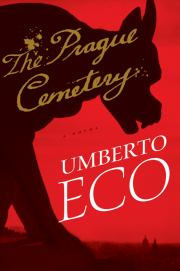 THE PRAGUE CEMETERY by Umberto Eco

– Publication Date: November 8, 2011- Nineteenth-century Europe, from Turin to Prague to Paris, abounds with the ghastly and the mysterious. Conspiracies rule history. Jesuits plot against Freemasons. Italian priests are strangled with their own intestines. French criminals plan bombings by day and celebrate black masses by night. Every nation has its own secret service, perpetrating forgeries, plots, and massacres. From the unification of Italy to the Paris Commune to the Dreyfus Affair to the notorious forgery The Protocols of the Elders of Zion, Europe is in tumult and everyone needs a scapegoat. But what if, behind all of these conspiracies both real and imagined, lay just one man? What if that evil genius created the most infamous document of all?

THE STREETLETHAL OMNIBUS by Steven Barnes

– James Bond, the world’s most famous secret agent, has thrilled audiences for over fifty years with his globe-trotting adventures. THE JAMES BOND OMNIBUS collects eleven of Ian Fleming’s original daily comic strips for the very first time in a mammoth omnibus edition.

DILLON AND THE LEGEND OF THE GOLDEN BELL by Derrick Ferguson

– The author of The Nuclear Suitcase, Joel Jenkins, describes Dillon and the Legend of the Golden Bell as “James Bond meets Cthulhu” and you’ll want to check out this heady mixture of the spy thriller and horror genres.

THE ARTIST WITHIN by Greg Preston

– The culmination of more than fifteen years of photography by renowned photographer Greg Preston, this book is a living history of the men and women who have shaped the imaginations of countless millions of people around the world through their work in the fields of animated cartoons, comic books, comic strips and editorial cartooning. The list of more than two hundred artists includes such luminaries as Frank Miller, Al Hirschfeld, Joe Barbera, Jack Kirby, Joe Simon, Moebius, Walter and Louise Simonson and many more, all in photographs exclusive and shot expressly for this book.

– This is the first book to be published on one of the greatest American designers of the 20th Century, who was as famous for his work in film as for his corporate identity and graphic work. With more than 1,400 illustrations, many of them never published before and written by the leading design historian Pat Kirkham, this is the definitive study that design and film enthusiasts have been eagerly anticipating. 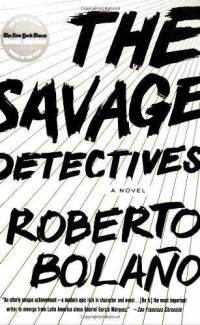 THE SAVAGE DETECTIVES: A Novel

– by Roberto Bolaño In this dazzling novel, the book that established his international reputation, Roberto Bolaño tells the story of two modern-day Quixotes–the last survivors of an underground literary movement, perhaps of literature itself–on a tragicomic quest through a darkening, entropic universe: our own. The Savage Detectives is an exuberant, raunchy, wildly inventive, and ambitious novel from one of the greatest Latin American authors of our age.

ASSUMPTION A NOVEL by Percival Everett

– A wild ride to the heart of a baffling mystery, Assumption is a literary thriller like no other. 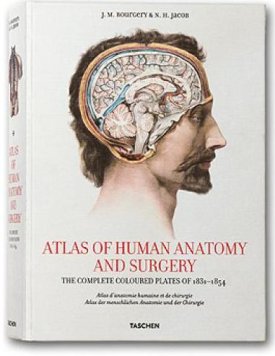 ATLAS OF HUMAN ANATOMY AND SURGERY by Jean-Marie Le Minor

– Anatomically correct We owe a great debt to Jean Baptiste Marc Bourgery (1797?1849) for his Atlas of Anatomy, which was not only a massive event in medical history, but also remains one of the most comprehensive and beautifully illustrated anatomical treatises ever published in any language. In 1830, having received his doctorate in medicine three years prior, Bourgery began work on his magnificent atlas in cooperation with illustrator Nicolas Henri Jacob (1782?1871), a student of the French painter Jacques Louis David. The first volumes were published the following year, but completion of the treatise required nearly two decades of dedication. 15.5 lbs and 19.2″ x 12.6″ x 3.5″.714pgs. 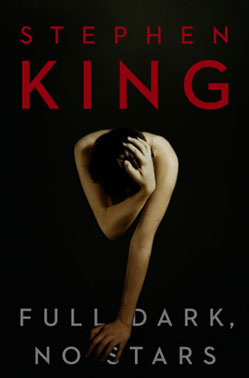 – Like Different Seasons and Four Past Midnight, which generated such enduring films as The Shawshank Redemption and Stand by Me, Full Dark, No Stars proves Stephen King a master of the long story form.

THE SHADOWS GALLERY by L.R. Giles

– You’ve been invited to the opening of a grand exhibition, a show unlike any you’ve ever seen. Inside you might find your greatest joy or your worst fear on display. But be warned, it can be difficult to tell which is which when you’re looking through the shadows… Award-winning author L.R. Giles brings forth a collection of tales that take you to the limits of imagination and beyond. 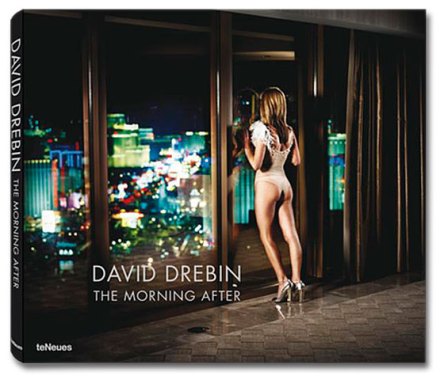 THE MORNING AFTER by David Drebin(English, German, French, Italian and Spanish Edition)

– A talented photographer without equal, David Drebin is above all a storyteller. His brooding and glamorous works tell tales of lust and voyeurism–as well as seduction and escape. Not afraid to be daring, Drebin also tantalizes us with subtle allusions. His sweeping cinematic images feature the majestic backdrops of such world cities as Berlin, Paris and Rio de Janeiro. These photographs pulse with a charged sensuality, using color and light to maximum effect. Dangerous seductresses play a central role in Drebin’s work. Bursts of saturated Technicolor explode against stone and gray cement. In this, he hints at Hitchcock at his finest. We’re left with a tinge of regret amid the sensual excess.

Use Once, Then Destroy 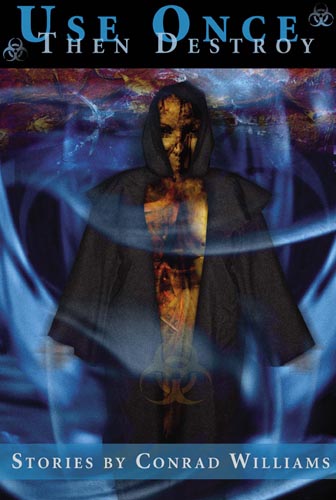 USE ONCE, THEN DESTROY by Conrad Williams- In this spellbinding collection of his best stories from the last ten years, award-winning writer Conrad Williams offers the kind of horrors that move subtly into you, like pain, or love, or regret. They are stories that explore the scarred outposts of desperation and desire, sickness and death, sex and decay. Within these pages you will also find the acclaimed novella Nearly People.

– The Baker Street Sleuth returns in five new original mysteries told in the classic style of Arthur Conan Doyle. Here are tales by Aaron Smith, Ian Watson, Joshua Reynolds and Andrew Smith guaranteed entertain any mystery fan. Throw on your deerstalker cap and load your pistols, there’s murder and mayhem about and the game is afoot once more.

RADIOACTIVE:MARIE & PIERRE CURIE: A TALE OF LOVE AND FALLOUT

– In the century since the Curies began their work, we’ve struggled with nuclear weapons proliferation, debated the role of radiation in medical treatment, and pondered nuclear energy as a solution to climate change. In Radioactive, Lauren Redniss links these contentious questions to a love story in 19th Century Paris…Whether young or old, scientific novice or expert, no one will fail to be moved by Lauren Redniss’s eerie and wondrous evocation of one of history’s most intriguing figures.

EXILES FROM A FUTURE TIME: TRINITY OF PASSION: THE FORGING OF THE MID-TWENTIETH CENTURY LITERARY LEFT

– With this book, Alan Wald launches a bold and passionate account of the U.S. Literary Left from the 1920s through the 1960s. Exiles from a Future Time, the first volume of a trilogy, focuses on the forging of a Communist-led literary tradition in the 1930s. Exploring writers’ intimate lives and heartfelt political commitments, Wald draws on original research in scores of archives and personal collections of papers; correspondence and interviews with hundreds of writers and their friends and families; and a treasure trove of unpublished memoirs, fiction, and poetry… Focusing on the formation of the tradition and the organization of the Cultural Left, Wald investigates the “elective affinity” of its avant-garde poets, the “Afro-cosmopolitanism” of its Black radical literary movement, and the uneasy negotiation between feminist concerns and class identity among its women writers. 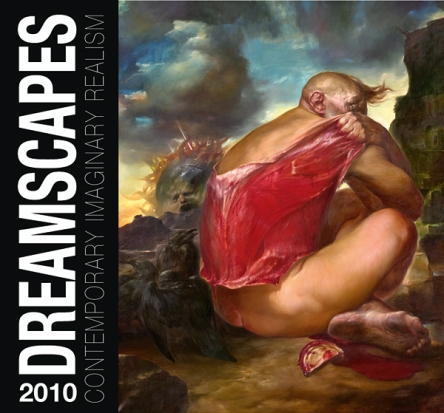 Well gals and guys hope you enjoyed that.

The WEDNESDAY WORDS column is a brand new blog feature, appearing (you guessed it!) every Wednesday. Come back next week to see which books make the list! And if you see items you’re considering purchasing then, if you are able and would like to support this blog, please utilize the attached links. Your helpful purchases through the links generates much appreciated pennies to keep this blog running. Your feedback and support… just way cool, and way appreciated. Thanks!