I’m currently cleaning up a David Anthony Durham article, never before published for inclusion in the MONARCHS OF MAYHEM book.

David Anthony Durham for those of you who may be unaware is the author of PRIDE OF CARTHAGE, a book about Hannibal (the real and important one, not the demented Thomas Harris serial killer character) as well as other striking works of fiction and historical fiction. So really looking forward to presenting his article in MONARCHS OF MAYHEM.

And if you’d like to see that article and associated pics/photographs along with several other writers of the strange and speculative, presented in a cool hardcover format, than let your tiny little feet carry you over to Indiegogo and support the project here! 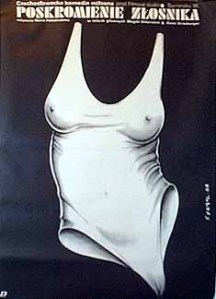 As any frequent sampler of this blog knows, I like movies. I also tend to listen to my share of podcasts.

And a few of those podcasts, are about movies. One in particular recently had an episode devoted at least partially to Nudity in Horror films.

I was going to reply to them specifically, but it kicked off a train of thought about horror, and sex, and cinema in general, that I wanted to share… with you. Plus it’s not just their show, seemingly many people put forward this stance that sex and nudity is… uncomfortable or uncalled for, and violence is cool.

The belief that sex and nudity, particularly in genre films… is gratuitous.

Are you guys joking?

Genre/Horror films by definition are gratuitous.

To say a film “by showing a woman’s boob” or “having a sex scene” is gratuitous, while ignoring the fact the very nature of the film you’re watching be it SCREAM or FRIDAY the 13th or INSIDE is about carving up women, is to have your priorities slightly askew.

I think the argument against “gratuitous nudity” would be far more rational if it was advocating less onscreen violence against women period. (And on the phrase “gratuitous nudity”, I don’t subscribe to it. Do you think Rubens saw his nude paintings as gratuitous? He saw them as works of art. I’d be hard pressed to disagree with him. If nudity was art 400 years ago, why would it be any less art today),

But advocating less nudity, while being completely happy with the violence in a genre film, typically against women, is a suspect argument. While the anti-nude 🙂 argument may be a prevalent mindset in movie going audiences today… I do not think it is a healthy one.

Women are beautiful, so if a filmmaker wants to shoot that beauty, and make it part of his drama, or his mystery, or his comedy, or his sci fi, or his ghost story… and an actress (or actor, don’t want to be sexist here) has no problem being nude, I don’t see the issue with nudity in films.

American cinema (and increasingly World cinema, as other countries adopt America’s misogynistic cinema as their own) can do with more sex and nudity, and less violence. There’s an unhealthy attitude toward sex, that I think is illustrated by conversations I’ve heard from various quarters.

Movie goers are uncomfortable watching nudity or healthy sexual situations on screen, but give them a movie about a rape or a serial killing and somehow, “that’s just good horror fun”.

It’s a bizarre stance to me. The violence should feel like the aberration, the uncomfortable part of a horror film, not the nudity, not the sex.

I like a good thriller as much as the next guy, but I think you have to be cautious about blurring the lines between hero and villain, between sympathizing with victims, and salivating over them.

The word morality is out of fashion, but I think there’s a morality inherent in everything, whether we want to acknowledge it or not. Even in genre fiction. And the morality you are prepared to accept from your fictions and your facts, says much about you. It says how you came up, and for what you are prepared to fall down.

One of my favorite Thrillers is Michael Mann’s MANHUNTER. It’s everything I want a thriller to be, and at the end of the day, the monster is put down, and the damsel is rescued. And yes I read the book RED DRAGON by Thomas Harris, and Mann’s film is far superior because of the changes he made, because of its… simplistic morality.

MANHUNTER superior in every way, because it believes… in heroes.

Contrast that to the morality of these early 21st century Thrillers/Horror films, such as DEVILS REJECTS.

DEVILS REJECTS is everything I don’t want in a movie. I mean it is stunningly shot, fantastically constructed, Rob Zombie is a talented filmmaker no doubt. And I really, really wanted to like the movie, but I couldn’t. Because its morality is fundamentally at odds with my own. I do not want to see a woman get raped in real life, and I don’t want to see one get raped on the screen. In DEVILS REJECTS no one comes to save the damsel. No one comes to stop the violations. The films purpose IS the violations, it is to glorify the monsters, and for you to silently participate and condone and revel… in the crimes.

That is the reality of horror cinema in the young years of the 21st century.

And it is not for me.

And I’ll be the first to admit, I haven’t seen SAW or IRREVERSIBLE or INSIDE. After seeing DEVIL’S REJECTS and the new HILLS HAVE EYES, I don’t need to see anymore of those movies.

I want there always to be someone arriving in the nick of time to save the damsel. And yes it’s an old-fashioned morality, but it’s the one that I grew up with, it’s the one that leaves me feeling good, and it’s the only one I’m willing to accept.

Horror movies for me, have always been about heroism.

And you take heroism out of the mix, and I have no interest in horror movies.

Today’s films and video games increasingly sublimate the desire for sex, with the desire for savagery. And I fear for the type of children it breeds. As if all of America and Canada and the world, is young serial killers in training.

Increasingly desensitized monkeys, being bred for the mill.

So cinema today, genre cinema, horror cinema; is about a willingness to sublimate sex to savagery. And define the wrong one of those two things… as pornographic.

This installments picture is from one of my favorite poster artists, and one of the greatest surrealist artists currently working, Wieslaw Walkuski. Quite similar, though not as evocative as the work of another favorite of mine, and another Polish Artist, the late, great Zdislaw Beksinski. If you can pick up any of the posters of Walkuski or the art book of Beksinski, do so. They are the best of the best.