A quick recap of some movies trailers I sampled today. Here’s the lowdown on the winners, the contenders and the losers! 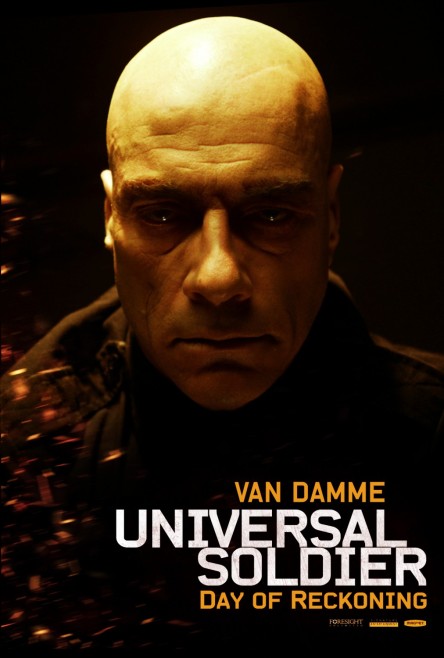 UNIVERSAL SOLDIER: THE RETURN– I’m not a fan of the UNIVERSAL SOLDIER movies at all. Thought the first movie was mediocre at best, so imagine my surprise going into this trailer. It seemingly has very little to do with UNIVERSAL SOLDIER, which in my book is a good thing, and the trailer comes across with very much a horror, off-kilter vibe. UNIVERSAL SOLDIER by way of NIGHTMARE ON ELM STREET. If the ultimate goal of a trailer is to make you want to pay to see the film, then this trailer succeeds.

IRON MAN 3- No doubt everyone and their grandma has seen this trailer now, but let me just jump on the bandwagon and say it looks great.  I’ve enjoyed all the previous MARVEL STUDIOS movies, and this appears to be no exception.

MAMA- is the latest by the director of BLADE II, PAN’S LABYRINTH etc, and looks like a worthy and creepy addition to that body of work. It’ll get my theater dollars.

LINCOLN- A bio-pic on Abraham Lincoln done by Spielberg, with a huge, high profile cast. Of course this is a must see in the theaters.

THE UNDECIDED/WAIT FOR VIDEO PILE:

REACHER– Tom Cruise’s latest looks interesting, though nothing you haven’t seen before.Though the ageless Mr. Cruise finally begins to show some age, which probably works for the weathered character he plays. I’m not bowled over by either trailer, nothing that screams see me in the theater, but one I’ll rent at least.

PUSHER- The trailer of this remake does nothing for me. But it has some heavy hitters behind the camera so the film may surprise. Worth a rental maybe.

BIGFOOT- A found footage BIG FOOT film. I’ve liked Big Foot related items since the old SIX MILLION DOLLAR MAN TV show, so the premise is enough for me to give it a look. But nothing worth seeing in a theater or buying. Particularly considering the trailer makes it look even stupider than Blair Witch (which I disliked).

STOKER- Well when I heard the title STOKER I was hoping this had something to do with Bram Stoker, but no such luck. The trailer makes this seem like a drama/thriller about a young girl and her serial killer uncle, something of a distorted reworking of Hitchcock’s brilliant SHADOW OF A DOUBT. Quite frankly the trailer is pretty uninteresting, the only saving graces it has are… Nicole Kidman (she’s such a captivating beauty and actress, even here when she should be playing a worn, mother figure. If the purpose of a star is to make you want to look at them… all the time, then Nicole Kidman is a star of the highest order) and the director Park Chan Wook, of OLD BOY fame with his first English language film. So STOKER, poor trailer or not, is definitely worth a look when it hits video.

TAICHI- A steam-punk martial arts film by the creators of IP MAN and DETECTIVE YEE. I’m sold! 🙂 Not something I’m going to pay theater prices for, but it is definitely a future rental.

EVIL DEAD REMAKE- That’s a gory trailer, jury is still out whether it is a good trailer, much less a good movie. Off the bat none of the actors come across as interesting which already puts you at a HUGE disadvantage. Bruce Campbell’s performance and likeability is a huge part of the success of the original EVIL DEAD, so to toss in some stock CW actors, with the depth of pond water (just going by the trailer, they may be Oliviers in the finished film) and think you earn the right to call it an EVIL DEAD film… could be a problem. This is going to be worth a look on video, but not in the theaters.

HAUNTED HOUSE– A Marlon Wayans comedy/spoof on PARANORMAL ACTIVITY. The trailer is as stupid and uninteresting as you think it would be. Avoid.

CLOUD ATLAS- The easiest way to get me not interested in a film is to put Halle Berry in it. Tom Cruise doesn’t help either and an unfocused time-hopping storyline leaves me equally uninterested.

SMILEY- Seemingly an urban legend Serial Killer film. A killer with a smiley face made of flesh? Ugggh. It’s an effective trailer for this type of movie, I’m just not the audience for it. I hesitate to put this in the worst category until some of the reviews come in. It may actually have a story to it, and some craft, unlike something like THE COLLECTION.

That’s all for this installment of the best and worst in movie trailers! And you can view all the mentioned trailers for yourself here! Just say NO to Flash/streaming web trailers, which are always slow and crappy, and get them in downloadable quality at the link above!

And come back soon for more!!