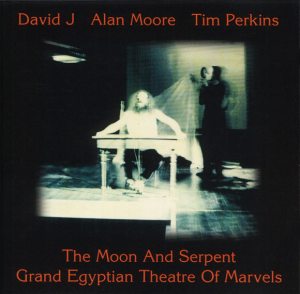 ALAN MOORE : THE MOON AND SERPENT GRAND EGYPTIAN THEATRE OF MARVELS -A fantastic CD, oral dissection and tour of London of the Id. Alan Moore is analogous to Shakespeare in that like Shakespeare he is one of the greatest writers of a castigated medium (Shakespeare worked in the, during his life, little respected medium of plays, mass entertainment for the mobs; and Moore works in the medium of comic books/graphic novels), and arguably is not fully understood or appreciated out of that medium in his lifetime. His spoken word CDs are some of the most amazing and compelling, combining his love of topics but strange and obscure, married to his voice, which is one of the greatest and most haunting voices of our age. Moon & Serpent Grand Egyptian Theatre of Marvels

ABRAHAM BURTON QUARTET : CAUSE AND EFFECT – Was turned onto this CD by Amiri Baraka when I met him a few years back and bought his excellent hardcover book DIGGING THE AFRO AMERICAN SOUL OF CLASSICAL AMERICAN MUSIC. Cause and Effect

CHE : NOT LIKE THEM – Caught this artist live performance years ago, and got this CD direct from him. It still remains one of the best CDs I own. An amazing performer who brings together Neo-soul, R&B, Rock, and some genres not invented yet, in a fun, head bobbing package.

TAALAM ACEY : BLUES RESURGENCE – Another artist I caught live, and got this CD direct from him. One of the greatest spoken word CDs. Blues Resurgence

MARK GROSS : RIDDLE OF THE SPHINX – I heard him play his title track in a dive bar, somewhere on the edge of the world, and purchased. A great purchase as it is one of the best Jazz Cds I’ve ever heard. Riddle of the Sphinx

AWADAGIN PRATT : A LONG WAY FROM NORMAL- My gold standard for classical piano CDs are the great Glenn Gould’s BACH THE GOLDBERG VARIATIONS released by CBS Records and this lesser known, but no less great, album by Awadagin Pratt. A must own. Plays Liszt/Franck/Brahms/Bach

PARIS : THE DEVIL MADE ME DO IT/SLEEPING WITH THE ENEMY – I added these two CDs as one, because even though they are separated by decades, they are linked at the hip, by a fervor that is both mired in specific times, yet oddly time resistant. And a delivery… unequaled. The Devil Made Me Do It

QUINCY JONES : IN COLD BLOOD – Soundtrack. Why on earth would anyone ever want the sound track to a movie? When I was young it made no sense to me. And to be truthful, for most movies and soundtracks I still feel that way. I’ve listened to a lot of not especially interesting soundtrack Records and CDs. And then one day I put on the LP to Cold Blood by Quincy Jones, a young Quincy Jones before he became the manager for the King of Pop, and settled into making pop and r&b albums. This young Quincy Jones was pushing how music could be used to elicit feelings and tell stories, and during the late 60s early 70s created some of the most experimental and haunting music ever conceived. IN COLD BLOOD remains the seminal instrumental work done not just by Quincy Jones, but by anyone. It was the first soundtrack album to open my eyes to the fact that the soundtrack can be a work of art onto itself. IN COLD BLOOD (ORIGINAL SOUNDTRACK LP, 1968)

JERRY GOLDSMITH : PLANET OF THE APES – Jerry Goldsmith has created mountains of Sound tracks, I don’t know if he has ever been more experimental or better than here. Planet Of The Apes: Original Motion Picture Soundtrack – Also Featuring Music From Escape From The Planet Of The Apes

DON PEYOTE : BETWEEN WORLDS – A lot of people turn up their nose at the term New Age, rightly or wrongly I don’t know. What I do know is I’m in love with binaural effects, and CDs that, using just a headphone, can recreate a 360 degree environment. BETWEEN WORLDS does that brilliantly. A great CD to read or drift off to. Between Worlds with Hemi-Sync

IMMORTAL TECHNIQUE : REVOLUTIONARY VOL 2 – I have oft praised this CD. It should be required listening by people who want to hear what rap can be like… when it is about more than self grandizement and debasement.

Well hope you enjoyed that list of essential obscure CDs. Now I’m sure most of you in this age of Itunes have ditched your walkman, so how, you ask, do you play these cds? Well thankfully there are nice, compact, cost effective devices that allow you to take not only your cds but your dvds and other media with you when on the move. Here’s a link to one: 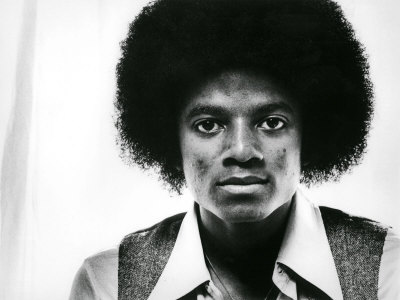 I’m in a repair shop and watching the media feeding frenzy on Michael Jackson, in between digital drop-outs of the picture of course (this forced march to a digital spectrum, is yet another glaring robbery of the American people. With free Airwaves, Analog Airwaves GIVEN to big business and governmental interests. The FCC, joing the FDA, the FBI and every other governmental acronym in selling out America.); and I’m struck once again by the hypocrisy and mendacity of the Master Media.

A media that for decades has hounded and derided Michael Jackson, and not too long ago was dusting off a prison cell for him, and yet here they are, all those well paid talking heads, crying their crocodile tears, over the stopping of a man’s heart, that their medium had no little hand in trying to break. They didn’t literally drive him into a wall like the reporters did to Princess Di, but their harassment was no less designed to destroy.

You know that old joke about lawyers, I think it applies even more to Newspeople, to talking heads. What do you call a 1000 Newspeople at the bottom of the sea?

I grew up on the music of the Jackson 5 and Michael Jackson. Don’t effing tell me about Michael Jackson, you don’t have the goddamn right. Michael Jackson was, to even say a great talent is to practice immense understatement, he was a wunderkind, a boy genius, A Mozart of his age.

And as such a talented boy, he was beloved. But as a burgeoning talented man, he met up with a medium, the unchecked press, that is adept at eating its young. And on top of that, as a man of color, in the heart of the nation that has always held itself the last, best hope for slavery, he came up against the destroying wall reserved for men of color. A wall that increasingly in this new 21st century has only 3 doors for men of color, the criminal system (as guard dog or guarded), the coffin, or the coffers of big business (as smiling fool or sexless token).

Throughout his brief life they tried to break Michael Jackson for all three doors, most notably the last, and most damagingly the last. We can see the impact the last had on his mind, and his flesh. A sensitive young man, perhaps no person of color best physically represented the pressures of being squeezed to fit such alien doors.

And now the media machine, and the pieces of offal that gleefully helped make of Michael Jackson’s life a joke, and a cautionary tale, have the temerity to have all their talking heads speak sweetly of that life? Spin their derision into accolades, now that he is beyond the hearing?

People wonder why I will never take sides against a Michael Vick, or and OJ Simpson, or a Marion Jones, or a Wesley Snipes, America has too much of its own sins not yet atoned for, to try and judge another man’s sins. Particularly a person of color. America lacks the moral high-ground to do that.

The media lacks the moral high-ground to do that.

I wish you… all media pundits, all talking heads, all pullers of strings; I wish you plague and death.

“The only reason people are so upset when you die is because they haven’t finished using you yet.”
Jimi Hendrix