Yeah, yeah.. it’s pretty stupid, and horrible. But I have to admit… it made me chuckle. 🙂

As far as why… Well I’ve been meaning to put up a couple strips for a while. And have been trying to network, collaborate with a couple of artists, but I’ll let you in on a secret, artists aren’t really the most reliable bunch for collaborating or networking with… at least the ones I’ve been dealing with.

So rather than wait on people to grow up, I decided to just ‘what the heck’ it, and just go ahead and create and post something that would make me laugh.

Hence this very brief, very juvenile ‘cut and paste’ cartoon courtesy of one of the free cartoon generators out there, The art is crude, but the insane story and words and madness is all me. Hope you enjoyed it. If you do, leave a comment and some likes!

It’s a work in progress experiment, that will improve if you guys will stick in there with me. Thanks!! 🙂

I have my issues with Dave Simm. Mainly because his issues with women and people of color tends to seep into his work.

As long as he’s not bringing that to the forefront, which (with a few glaring exceptions) he manages to do with Glamourpuss, I found the book engrossing and good. The literally tongue in cheek covers aside, GLAMOURPUSS first and foremost is an art and cartooning clinic/history lesson. The interior artwork, and Simms clear love for the cartoonists of the early 20th century is impressive, and quite informative.

And in between he shows off his art chops, with impressive photo-realistic renderings of models he makes say stupid things.

No one would have figured when he started this experiment going on four years ago, that it would last 4 months. But here 4 years later and the book is still going strong, and along with Brubaker’s CRIMINAL it’s one of the few books, I must own in individual issues. 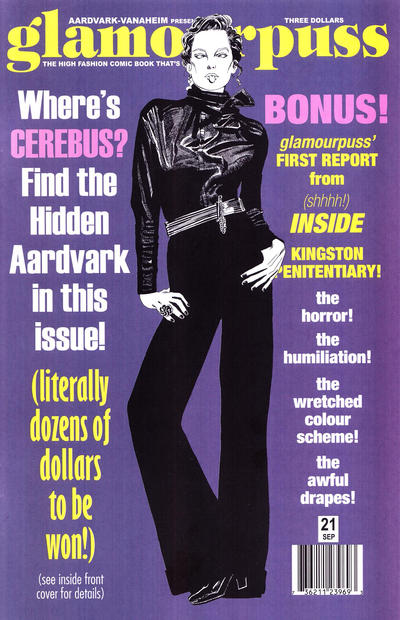 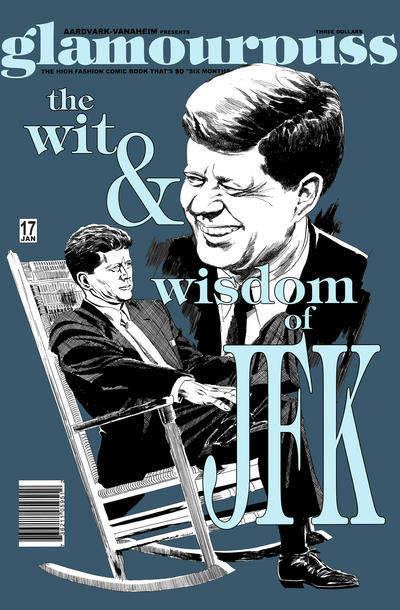 There is no collection yet of these issues, so check your comic book store, or go here

and get the first issue from Amazon to sample. 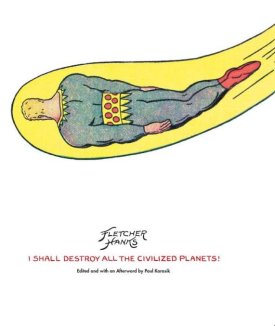 As a collector I’m always glad when things get preserved, or rediscovered. So Paul Karasik doing his part to bring us a forgotten artist and his work…namely the strips of Fletcher Hanks… I can appreciate that.

That said where Paul Karasik sees something brilliant, I see something, that while of its time, even for its time is very poor in terms of both art and story. Basically the same story retold in variation after variation. I’ve seen him referred to as the ‘Ed Wood’ of comics, and I think that moniker is apt.

First story is mildly interesting just for how absurd it is, by the fifth story whatever crude charm Fletcher Hanks’ STARDUST and various other strips have, definitely has worn out its welcome. It looks and reads like the work of a juvenile, similar to the popular web-comic AXE COP (written by a young child, and drawn impressively by his older brother. AXE COP exhibits that irrational juxtaposition of extremes. The funny thing is AXE COP is the far more interesting, and innovative, and yes… mature and imaginative work. AXE COP is actually good as opposed to STARDUST which quickly feels… redundant). 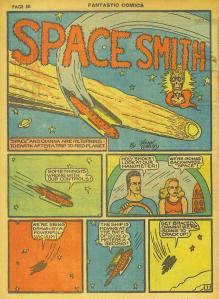 The main problem with Fletcher Hanks’ work is it doesn’t grow… at all. There is no progression to it. It very much is the same character, doing the same thing, in pretty much the same way, in each story. There is something… stunted in the work, reading it back to back like this. Even comparing it to its contemporaries such as Gardner Fox’s work on the golden age FLASH, Hanks’ work pales in comparison. Fox’s work even today holds up as fun and enjoyable, not so Hanks.

Indeed the most interesting thing about the book is the after-word, where Karasik recounts his meeting with Hank’s son… Fletcher Hanks Jr. It paints a singular picture of Fletcher Hanks as a drunk, wife and child beating monster, and his work as what it was… a paycheck, grabbing on and replicating, as best he could, the popular strip themes of the day.

So kudos for collecting this work, because it should exist out there for those interested. Eisner winning book I believe, so some considered it… worthy. However for me, I SHALL DESTROY ALL THE CIVILIZED PLANETS is something to read via your library, but not to keep or purchase. No re-readability value. So borrow if you’re interested in kooky early super-hero/comic strip art, and then decide if you think it’s worth buying. My vote is no.

Far more interesting is the story of Fletcher Hanks’ son, Fletcher Hanks Jr, recently deceased. You can go to his web-page, that is still up as of this writing, and at the bottom he mentions the book I SHALL DESTROY ALL THE CIVILIZED PLANETS.

I Shall Destroy All The Civilized Planets!

Now if you want an example of good golden age comics, click on the below: