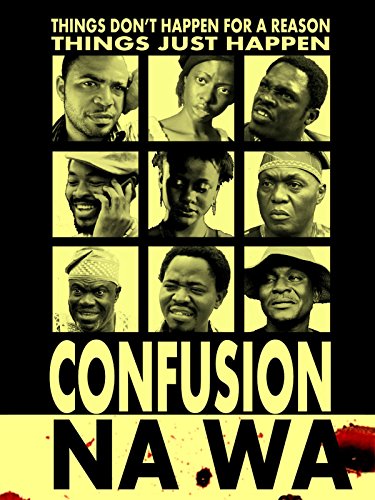 I love discovering an exciting new voice, an exciting new filmmaker;  and Kenneth Gyang’s CONFUSION NA WA is that calling card  of  a wonderful new cinematic voice. CONFUSION NA WA is such a biting, smart script, extolling the frenetic, whiplash swings of nations caught between the crushing extremes of a past of colonial theft and a present of  globalization enacted disenfranchisement. You will need subtitles for this, as the patwa some characters speak, can be heavy to decipher in places. But the meaning is surprisingly always crystal clear.

It swings between bitingly funny and horrific and tragic and disturbing, sometimes within the same minute. It is an adroit balancing act of a film, and a nation, always on the brink of glory and chaos. It is a weird movie in that the characters are at turns likable and vile. In other words to differing degrees, they are like us the viewer, heroes to some people we know, and villains to others. And one of the highlights is a conversation on the LION KING that will have you amazed by its wit, and amazed by perhaps something else, a hint of something insightful and perhaps profound beneath the humor.

The film ultimately is about all these disparate lives intersecting, in the wake of a lost/stolen phone, in surprising, entertaining, and horrific ways. If this film does not grab you in the first 15 minutes it is not for you. However, if like me, you will find that it just keeps getting more and more compelling

“I’m trying to stop a moral decline occurring in my own country!”

I have to tell you, I surprisingly really enjoyed this film. The more i think about this film the more I like it. I’ve seen French New Wave and Italian Neo-Realism films that could learn a thing or two from this movie. As debut films go, this is one to remember. You can currently view this film on your Roku or Fire TV device, by loading the KANOPY channel.

I really look forward to future films by director Gyang, and hope to see this movie get a feature rich Blu-ray release by a company such as Criterion or Arrow or Kino Lorber. I think it is that good. Grade: B+. 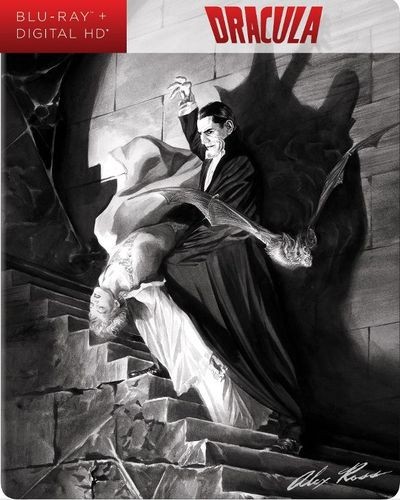 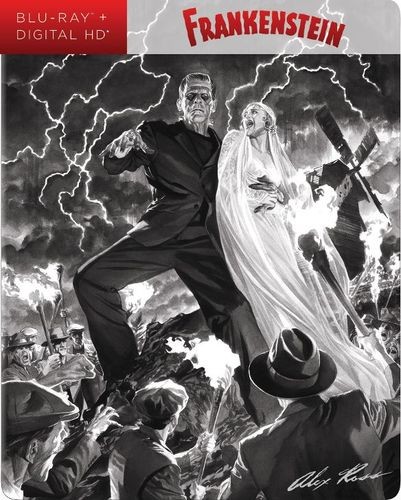 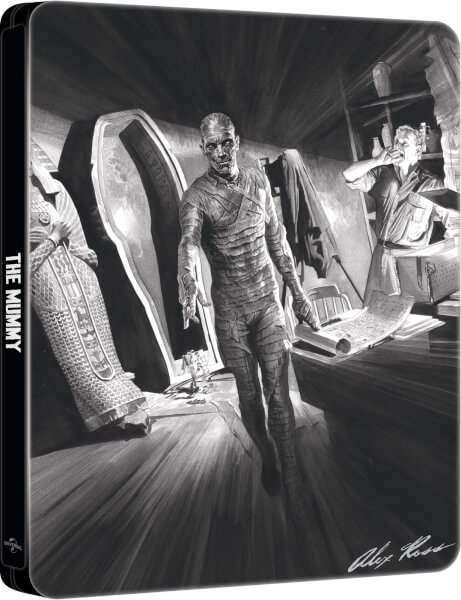 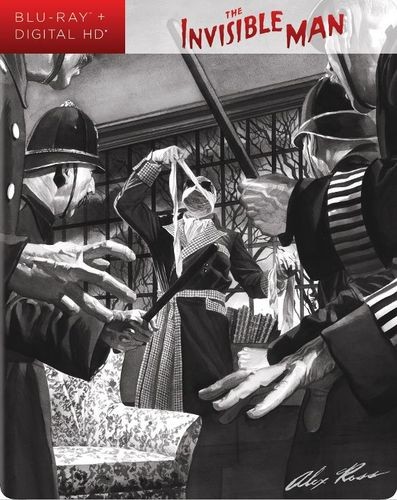 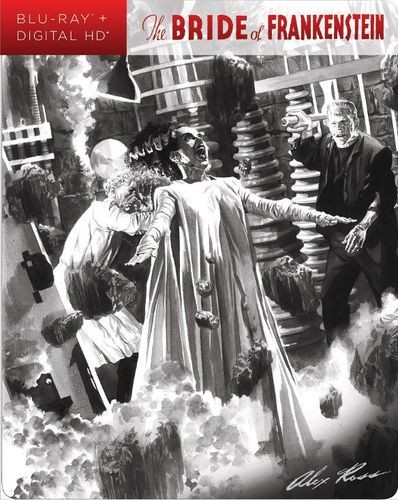 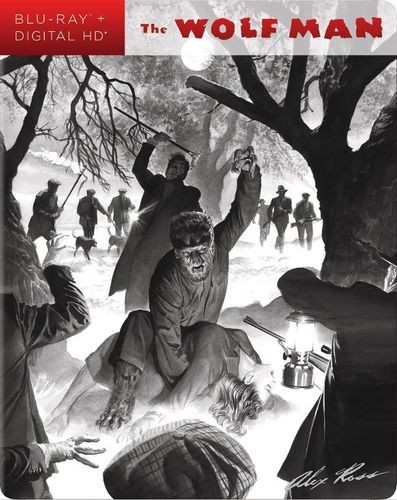 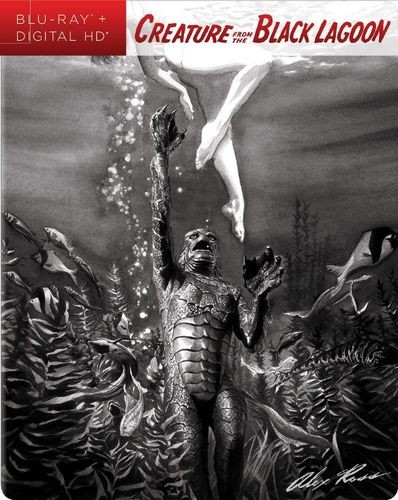 My God, i don’t believe it. You’re missing the good old days.

Humans weren’t designed to observe, we were built to do.

Let me tell you something.

That beautiful exchange 10 minutes in to SPACE COMMAND tells you everything you need to know about why this may be your must watch and must support show of the day. A 3 year in the making pilot, having seen it, it has charm and wit, and has proved itself worthy of the time and effort that went into its forging. With stars such as the great Mira Furlan, Bill Mumy, McClure, Robert Picardo, Bruce Boxleiter and Doug Jones, alongside new faces, such as Ethan McDowell.

With any project, especially one done for love, on virtually no-budget, and no corporate backing, there will be limitations. Generally the younger actors don’t have the comfort or gravitas, the subtlety of the older actors, and with the exception of Ethan McDowell, that disparity comes across. Ethan McDowell however, manages to hold his own alongside actors who were forged in the fires of many years of theater, and television and movies.

But that disparity with most of the younger actors,  is to be expected given the budget limitations, but those limitations aside, I was completely captivated by the one hour pilot. In the age of streaming where content is the new gold rush, if I was a Netflix, or Apple, or Disney, or At&t I would be attempting to acquire content and production teams like this, that have a built in passionate fan-base.

All in all SPACE COMMAND is a worthy addition to the dreams of men named Roddenberry and Straczynski.

Russell T. Davies the man who nearly single-handedly spearheaded the resurrection of the DOCTOR WHO franchise after its decades long demise, created the boundary pushing spin-off series TORCHWOOD. Revolving around the popular Doctor Who character Capt. Jack Harness, Torchwood allowed Davies to create a show for adults. While American audiences are relatively comfortable with violence, Davies wanted to create a more mature show, laced with sex and sexuality and relationships in this fragile 21st century.

From a rough and awkward first season, every subsequent season of TORCHWOOD became better both in terms of budget, story and scope, until the third season, CHILDREN OF EARTH, which is largely and I think rightly considered some of the best and most ambitious and heartfelt television the BBC has produced.

So it’s in the shadow of that huge popularity and success of season 3, that season 4 of TORCHWOOD, MIRACLE DAY was born. A ten episode series, it met with less than stellar reviews upon its release. Season 4 set in the US, and financed by a US company, possibly fell afoul of an American audience expecting the standard Sci-Fi tropes, an audience possibly unprepared for the depth and level of sophistication and level of sex and sensuality, sometimes transgressively so, showcased in the season.

For the mythological middle America demographic that ratings are supposedly based on, MIRACLE DAY had a lot in it to buck the expected trends, Black guy on White woman, guy on guy, multiple characters of color, characters of color as heroic and smart, non-stereotypical writing. Davies (whose take on characters of color in his early work on Doctor Who bordered on the minstrel and offensive) in all categories is pushing the boundaries of his latest adult scifi epic, and especially in exploring the sexuality of its protagonist.

So MIRACLE DAY took its share of hits from those threatened by all the above, as well as the British audience feeling the show had gone American, and to be fair there is a bit in here to make even me uncomfortable. But if Davies comes down a bit heavy on the skin and sexuality, to push his own inclinations, it is his right, and thankfully the excesses never come at the expense of the story, and for the most part are always done artistically; and scifi has always been the perfect place for pushing boundaries and being a little bit dangerous.

And here watching MIRACLE DAY for the first time, courtesy of Amazon Prime and Roku, I have to say ignore the naysayers, Season 4 of TORCHWOOD stands the test of time as some of the best and most epic writing Russell T. Davies has produced, which means this ten part epic is among the best and most satisfying TV produced… period.

It’s not perfect, the first couple of episodes are a slow build, the character of Rex perhaps more annoying than he needs to be, or perhaps it’s the actor Mekhi Phifer who tends to grate and be a little too belligerent and obnoxious for me in all his performances [I think the series would have been better with another actor cast, say Michael Ealy (ALMOST HUMAN) or Taye Diggs (DAY BREAK], and while a strong Season, CHILDREN OF EARTH still edges it out as the high-water mark for Russell T. Davies and Torchwood and arguably BBC. But those stumbles along the way just make MIRACLE DAY sticking its landing all the better, and stick its landing it does, a great end to a great season.

Watch it for free courtesy of streaming [Get a free 30 day Trial of Amazon Prime (One Year Membership) here!

] and then if you are as impressed with it as I was, buy it and the other seasons of TORCHWOOD, here: