Confirmed: US and Israel created Stuxnet, lost control of it– Yeah, so those viruses you’re getting? Courtesy of your tax dollars at work. Nice.

Engineer Thinks We Could Build a Real Starship Enterprise In 20 Years– This person maybe more than a bit over-ambitious and slightly insane. Not that there’s anything wrong with that. 🙂 . How about something simpler buddy, an effective and affordable alternative energy car so I can stop spending a fortune on petrol? 🙂

Google dealt blow in book scanning lawsuit – I have this whole despise, defend, despise thing going on with Google. I think monopolistic companies are bad, and Google is a bit too omni-present and in everybody’s business for my liking. The bastard killed my favorite search engine! (See my rant on Scroogle).

That said I think Android and their defense and support of it, is one of the most hopeful pieces of news to come out in years. And I see Android as a defense against the entrenched proprietary monopolies of Microsoft and Apple. And as a public domain advocate, I think public domain books should be readily available, where Google is getting in hot water is they were perhaps overzealous in digitizing works no longer in public domain. And a few authors are seeking a payday. Should be an interesting case.

Between Microsoft, and Oracle, And Apple, and just about every other billion dollar company in the world suing Google, I’m actually starting to feel sorry for them. Mainly because I don’t want to see Android go away, or get crippled with licensing fees to alleged software patent holders. But yeah, end of the day, it will be interesting.

New concerns over safety of arsenic in drinking water– First sign of a corrupt, despotic government… lack of trust in the utility companies. Namely local Water treatment plants for your municipality. Hence the boom in people buying bottled water, because we don’t trust our government to deliver safe, pure, clean drinking water to our taps.

That’s all the News you can use for now. 🙂 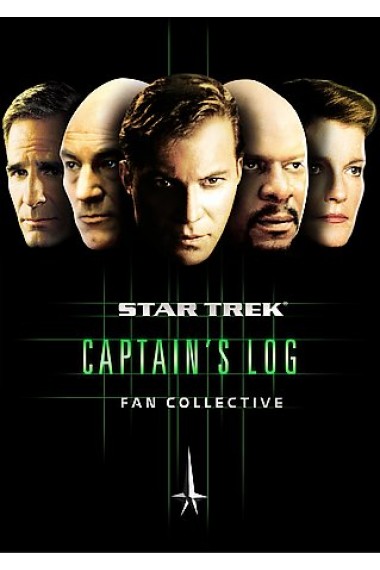 Paramount is a bit of a mess when it comes to triple and quadruple dipping and because of that, determining what version is the best DVD or Bluray for you to own, can be difficult and time consuming. Well I’ve done homework (yes, I said homework) for you, my beloved reader 🙂 , to hopefully help make that decision making process… easier.

First, Avoid the 2009 Bluray versions of any of the earlier Star trek films (WRATH OF KAHN, UNDISCOVERED COUNTRY, and FIRST CONTACT), and stick to the 2disk DVD Directors cuts. Links are below. You just get more bang for your buck, and Paramount in a year or two will release Director’s cut version of the movies on Bluray, with better mastering.

However I would recommend the Star Trek Original Series Complete Seasons 1-3. Paramount did an okay job on those Blu-Rays, with exception of cheap packaging, and no labeling on the disks.

The 2004 Star Trek Original Series Complete Seasons 1-3 DVDs are better packaged than the blu-rays, and come with labeled disks, but the Bluray’s offer you remastered images and the option between viewing with CGI effects or original effects.

Pretty cool. So not perfect, but you gain more than you lose, by going with the Blurays over the DVDs for Star Trek Original Series. Also the very reason the 40 year old series could be processed into HD Blu-rays was because it was shot and mastered on film, the same as any movie, As opposed to many shows of the 80s and 90s, including DS9 and TNG, that were cheaply mastered and processed on video, meaning the original masters are not on film, so no true HD is possible with these shows, they top off at 480i.

For a pretty absorbing read on why you wont be seeing true HD Blurays of DS9 (my favorite of the Trek shows, followed by the original series, and then Next Generation. You’ll notice I omitted Voyager and Enterprise. 🙂 Send hate-mail to—) ) anytime soon go here and here.

So bottom line the existing DVDs of DS9 are the best you’re going to see of the series for the immediate future, if not the indefinite future. At the very least until technology goes up, and the cost goes down. So, below I have put a link to the DS9 set, as well.

For the JJ Abrams STAR TREK they did a good job on that Bluray, so would suggest the 3Disk Bluray. Though only 2 of those 3 disks I consider worthwhile.

Well those are my suggestions, and links (of what I consider the best, in terms of content and presentation and extras) are below: