Do not watch the trailer. Do not read anything on the show, just go to Netflix, and you will probably end up binging the entire 6 episode season of this show in a couple nights.

What a show. The BBC knows how to make brilliant shows. Between this, RIPPER STREET, MUSKETEERS, and the first several seasons of SPOOKS, the British Broadcasting Corporation is producing some of the finest television around. Though to be fair they make their share of misses as well. However, on a whole I find their level of quality, how they are shot, their music, their broad themes, to be more daring than what you will find on traditional broadcast tv.

At their best, they are cinematic in their scope, and far reaching in their impact.

This six episode season of BODYGUARD, left those of us viewing, after the last episode played,… FLOORED. This is TV on a whole different level to popcorn fluff such as LUCIFER, that some people would call the best show on TV.

Lucifer is ok at best, it is a very well worn ‘police procedural with spice’ type show, in the vein of tons of other gimmick police procedurals, whether ROSEWOOD or ELEMENTARY or SHERLOCK or FOREVER KNIGHT (Vampire Policeman) IZOMBIE (Zombie Policewoman) or GRIMM. Of these the best is arguably GRIMM.

LUCIFER for me, falls somewhere in the middle of the pack.

Another quick aside about LUCIFER: I can definitely do without the tired dynamic of “lets make the initially strong character of color, a ‘Charlie brown, sad sack’ who we use as a foil and comedy relief for the protagonist, and keep pulling the ball away from like Charlie Brown, and he gets dumped by the girl… etc”.

I like to call it the Worf syndrome 🙂 as you see this in a bunch of shows from STAR TREK NEXT GENERATION to ANDROMEDA to BUFFY. Speaking of BUFFY, poor DB Woodside got this same Charlie Brown dynamic done to him in that show as well. It’s a little thread of minstrel show television that remains… and largely because Americans so little examine the stereotypes they ingest and regurgitate.

Aside from that bit of tired, agenda writing. LUCIFER is harmless fun, but great television it is not.

You will thank me later.

This one i hope to purchase on Blu-ray as soon as it is available. It is a show you do not want to leave its availability to the ever shifting waters of streaming licensing deals.  It is that good. 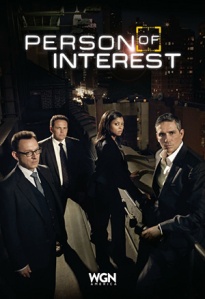 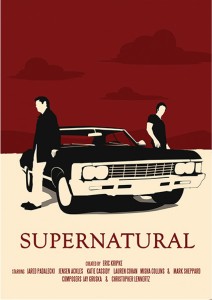