‘Nothing is forgotten. Nothing is ever forgotten.’ — Richard Carpenter’s ROBIN OF SHERWOOD 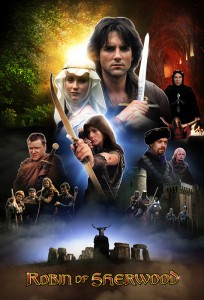 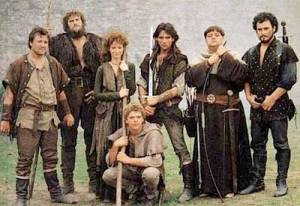 Richard Carpenter, no relation to John Carpenter, is largely unknown to modern audiences, however he shouldn’t be. In the 80s he created a TV show, ROBIN OF SHERWOOD, which became a surprising hit. Here in the states it was broadcast via PBS, and even watching it then, it felt mythic and larger than life. Revisiting it 35 years later, not only does the short lived series hold up as great television, those first two seasons remain the best version of Robin Hood ever conceived.

Richard Carpenter taking the traditional Robin Hood myth, and adding unheard of mystical and Moorish and pagan and Arthurian elements to it, created a show that was the crystallization of myth. Add the perfect confluence of young, hungry actors , a brilliant creator/writer at the peak of his powers, groundbreaking directors and cinematographers, led by Director Ian Sharp, that were rewriting the way action could be filmed, and a score done by Pol Brennan and hot new touring bad Clanad, and you had a show that was as mythic and forged by destiny, as the fiction it chronicled.

The above actors were the perfect cast (thanks to Beth and Esta Charkham) to give life to Richard Carpenter’s groundbreaking mythic and mystic version of Robin of the Hood.

The writing, married to the performances, is at once eloquent and elegant; and like all great myths it is endlessly quotable and memorable. In the 35 years since, what Richard Carpenter invented for his series, the mystical elements, the addition of a Moor to Robin’s Merry Men, making Marion a vital part of the story, has been stolen by other tv shows and films, but none to any great effect. Because those were part of Carpenter’s vision, and 35 years ago he, with the exact right people, and the exact alignment of stars… gave birth to that vision.

Will someday someone make a Robin Hood series or film as good? Well they haven’t yet, but the good news is ROBIN OF SHERWOOD is available on DVD/Bluray and Streaming for a new generation to discover, and long term fans… revisit.

The first two seasons (called Set 1) are essential television. The third season (Set 2) is fun, but is not essential.

Get your fix here:

If you would like to try before you buy, Season 1 is available right now via Amazon Prime. But the commentaries in the Bluray’s are a clinic on film-making and storytelling, and are a must listen. As well as the other features, and interviews with the cast, it is… in the age of streaming; a must own Blu-ray.