“Did you really think that we want those laws to be observed? We want them broken. You’d better get it straight that it’s not a bunch of boy scouts you’re up against – then you’ll know that this is not the age for beautiful gestures. We’re after power and we mean it. You fellows were pikers, but we know the real trick, and you’d better get wise to it. There’s no way to rule innocent men. The only power any government has is the power to crack down on criminals. Well, when there aren’t enough criminals, one makes them. One declares so many things to be a crime that it becomes impossible for men to live without breaking laws. Who wants a nation of law-abiding citizens? What’s there in that for anyone? But just pass the kind of laws that can neither be observed nor enforced nor objectively interpreted – and you create a nation of law-breakers – and then you cash in on guilt. Now that’s the system, Mr. Rearden, that’s the game, and once you understand it, you’ll be much easier to deal with.”
-from Atlas Shrugged, by Ayn Rand

It’s not enough to defeat bills like HR 3261 (the Stop Online Piracy Act, which sounds like it might be a good thing, but is anything but. The full text can be found here: http://thomas.loc.gov/cgi-bin/bdquery/z?d112:h.r.3261:)aka SOPA; the bill would criminalize much of what you can do on the internet today, would allow big business to shut down sites and blogs with impunity. With no real burden of proof necessary.

Just an email or a call. And concepts such as free speech, or more to the point, anti-big business speech, can be shut down… as if they never existed.

So it is not enough to just defeat this Bill. 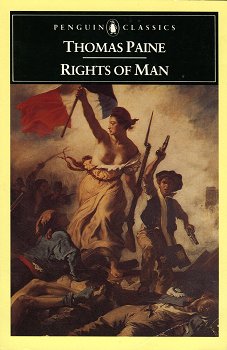 This is just one bullet you’re dodging in this bill. It is not enough to dodge this bullet, you have to take out the gunmen.

Remove them from positions, to be able to fire that gun at you again. Stop them from firing more bullets. Because what they know, what any good gunman knows, is… you can’t duck them all. They shoot enough bullets, and at least one is going to hit you. To take you down.

And what they are trying to take down is nothing more or less than your ability to resist… being owned, being controlled, being terrorized, being enslaved… to big business. They want to be able to do, whatever they want… unchecked.

And with enough bullets dressed as bills, they’re on the road to… turning back the clock.

To the killing of liberty, and the hard-fought dream… of America.

So you don’t try and just duck the bullets, you stop the shooter. You stop him hard.

You stop him so hard, that God himself will blink.

There are 29 gunmen, who signed the bullet called SOPA.

Assassins of liberty, at the onus of big business and big business dogs such as the RIAA and MPAA to be sure… but Assassins none the less.

You may want to look over the below names. See which ones come from your state or a surrounding state. Which ones are representing themselves rather than you. And do your part… in un-employing them.

That is your mission, and your duty, and your calling if you choose to accept it. To say no, to all the people who would betray you.

To attack the Assassins of Liberty.

“Sometimes a man can meet his destiny, on the road he took to avoid it.”— The International