I’ve seen this before, in passing quite a while ago. I did not remember it being this good. It is quite a fascinating and surprisingly dire film. Not a great movie, but a very good one, with one of the more impactful endings. A homerun by Roger Corman.

“This city, as if it was unborn, rising into the sky with fingers of metal, limbs without flesh, girders without stone, signs hanging without support, wires dipping and swaying without poles.

A city unborn, its flesh disolved in an acid of light.”

Check out the comments, as the brilliant Derrick Freguson, excellent Writer, Reviewer, general Renissance guy drops the knowledge on the ending! Also released today, coverage on the film, by great youtube channel SOLITARY RONIN at the link below. Watch the movie before checking out both, though.

And if he sells you on getting the Bluray like he did with yours truly, then get your copy here: 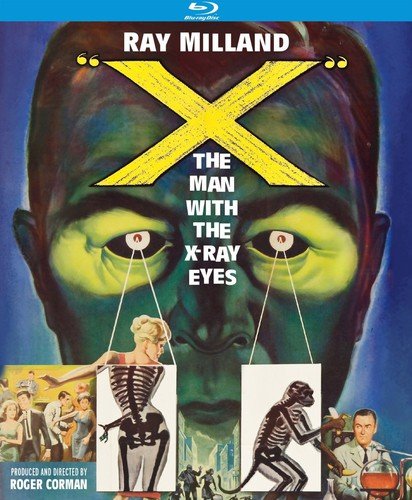 Have 20 minutes before this fight starts.

My prediction? To quote Mr. T in ROCKY III…. PAIN!

All joking aside, while I do not have a dog in this fight, I am one of those who thought the decision of the first fight, a draw was a good decision.

I also think Wilder proved, even being outweighed by 50lbs, he is the harder puncher and the stronger man. Fury proved he is the quicker, more effective boxer.

Coming into this rematch, the winner will be the one who can learn from the first fight and adjust. If Wilder puts the fight on Fury’s chest, doesn’t headhunt but just bangs the body, over and over, the body and arms, keep it an inside fight, and negate Fury’s movement, Fury’s hands will drop, and he will be knocked out.

If Fury can keep Wilder at a distance, and exploit Wilder headhunting, he can outpoint him, and potentially open him up for a knockout of his own.

My prediction… I do not bet, however my gut, I like Wilder. He’s the fresher, more exciting fighter, and if he brings the fight to Fury’s body, rather than headhunting, this could be his night.

Okay… LETS GET READY TO RUMBLE!!!!

RESULTS ARE IN: Fury winner by TKO. Looking at the brief clips, it appears to break down to what I thought above, the one who learned and adjusted from the previous fight… won.

From the brief clips it appears Wilder was headhunting, giving Fury the space to dictate and control the fight from the outside, rather than setting up camp inside his guard and attacking the body. And then once he was concussed it looks like he didn’t have a gameplan.

I will say in the clinches Wilder should have headbutted the eff out of Fury, sometimes you have to get a little dirty to get respect. Fury was crossing the line, in one of the more disgusting displays in a boxing ring, Wilder needed to dissuade that kind of behavior, and a good headbutt or low-blow (generally has no place in a boxing ring, but neither did some of Fury’s antics), is always a pretty good dissuader. 🙂

But bottom line, Wilder and his corner appear to not have course corrected and had a plan to negate Fury’s speed and reach. You have to give it to Fury , he executed his game-plan, and he made the puncher, try and box. I’d love to see these guys do it again, which they are going to have to, as both men, particularly Fury, emphasize an issue with the Heavy Weight division.

Which I will get to below, in my rant section.

Feel free to ignore this part. 🙂

There is a reason we have weight divisions to make the fight competitive. Generally speaking if you are 15 pounds more than the next guy you are in a different weight class.

Since the days of Ali and Foreman, when Foreman was the real Ivan Drago (Bigger, stronger, meaner than anyone else in the division. An unbeatable man, a monster. Until Ali in the rematch somehow found a way to beat the unbeatable man) the issue of Super Heavyweight was percolating.

Move to today and we have 3 or 4 of these at the time unbeaten talented super heavyweights, so the division is exciting. But with only 3 or 4 of these guys, the same thing starts to occur, the heavy-weight title stagnates due to lack of competition.

If you are over 225lbs you should be fighting in a different weight class, not the heavy-weight division. That allows the age of future Marcianos and Alis and Holyfields to still happen. And you will always have competitive interesting fights and an influx of a lot of new talent, at that weight class. Above that you then have the super heavyweight division, which is where fighters like Fury and Wilder and Butterbean should be in. But not stagnating the heavy-weight division.

That has been boxing’s issue with the heavy weight division since the late 90s, and will continue to be an issue, until we create a distinction between heavy-weight fighters and super heavy-weights.