Last year I became a huge fan of the BBC car show TOP GEAR. Thanks to catching episodes of past seasons on Netflix.  It took a couple episodes for me to warm up to the show, but quite quickly the natural camaraderie of the hosts, Jeremy Clarkson, Richard Hammond, and James May  made a believer out of me.

The shows were just plain fun. So when news came that one  of the trinity was no longer going to be on the show, due to punching out one of the producers, and the other 2/3rds quitting to join him, I was dismayed. No more of the show that I had in quick order made a binge watch favorite.

And yes there was the American TOP GEAR, but the hosts there came off as annoying frat boys, making the show quite unwatchable. Nope it was clear that what made BBC’s TOP GEAR a long running hit, was the fun dynamic of the three hosts they had stupidly lost.

So when it was announced that AMAZON was giving the three ex-hosts a new car show, I couldn’t wait. Well tonight the waiting ended as the first episode of THE GRAND TOUR  dropped. And it’s great. Different but great. There are minor quibbles, the biggest being the absolutely awful ‘THE AMERICAN’ driver.

Their take on the very popular “STIG’ driver of TOP GEAR, but a very poor take it is. Being something of a very unfunny send-up of Ugly American cliches.  The ‘AMERICAN’ is very annoying, very unfunny, and is a bit that hopefully they will pull the plug on in short order.

That aside, the rest of the show and the skits and the cars and the banter of the hosts is great! And the opening sequence is quite frankly awesome. A welcome premiere and looking forward to the upcoming Friday release  of new shows! 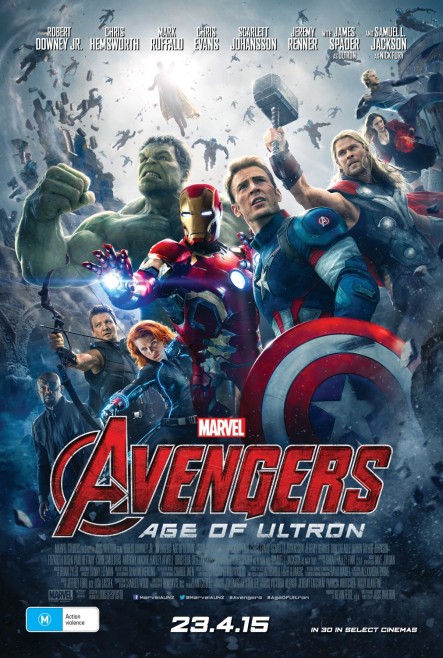 So being a fan of the first film, I was happy to make it down to one of the better and newest theaters to see this film in RealD 3D. I’m not typically an advocate for 3D films, but 3D post processing on the Marvel Studio films has been very good.

So I plunked down the requisite coin and entered the theatrical showing of the AGE OF ULTRON, and quick thoughts? I quite enjoyed it. It wasn’t the masterwork that the first film was, but that was lightning in a bottle and very hard to recapture. This is a solid follow-up, with characters you’ve come to like, played ably by actors that have become household names, and a solid and inventive and witty script that hits all the requisite points.

All together Joss Whedon weaves together a 2+ hour blockbuster, a spectacle that is worthy of the big-screen, theatrical experience. That said it is not perfect. It lacks the immediate watchability and crowd pleasing nature of the first, oh it has its moments to be sure, but you’re not going to leave this AVENGERS movie immediately ready to see it again like its predecessor.

This film after one viewing you’re more than content to wait for it to hit Blu-Ray before watching it again. And I think on Blu-Ray it is a perfect format for really appreciating the immense work that goes into the battle scenes.

So all in all a worthy film to get you in the theaters. Grade: B+.

I recently watched the original THE TOWN THAT DREADED SUNDOWN FROM 1976 and to my surprise rather than a simple exploitation film, I found a compelling, harrowing, and somehow (despite it’s matter of fact “pseudo documentary” style) eminently watchable film. An unexpected examination into the American heart of darkness that manages to linger and haunt long after the credits role.

I really had no interest in the 2014 ‘remake’, largely because I saw it incapable of transcending that original film’s “of its time” power. Thankfully the filmmakers had the same respect for the original and rather than attempting to remake it, they created an unexpected sequel to it that manages to speak to a 21st century audience, while invoking the unyielding ghost of that 20th century nightmare.

However, the true saving grace and the the true validation of this sequel lies in its director Alfonso Gomez-Rejon, who creates one of the most stylish and inventively directed thrillers of recent years.

And even though the film falters a bit at the end (you get the feeling the scriptwriters didn’t really know how to end the film, as the reveal and conclusion stumble a bit, in a way the original film didn’t), still the momentum that Alfonso delivers is enough to leave you impressed and satisfied.

Final Grade: Both films are available for streaming [The Town That Dreaded Sundown (2014)

] and both are worthy of owning, but the one that I am personally excited about adding to my Blu-Ray collection (when it hopefully quickly becomes available) is the Alfonso Gomez-Rejon version, simply because of some of the superlative direction and cinematography involved. It is the calling card of a filmmaker to watch.

Scratch that. Having seen the specs on the Shout! Factory Blu-ray version of the original THE TOWN THAT DREADED SUNDOWN, and its load of special features, I now proudly proclaim it as a must own Blu-Ray. For all the dazzle that the newer film offers, there are moments of pure horror in the first film that it does not come close to touching. One attack in particular, in the original film, will stick with you, about a woman and a cornfield and its unbelievable outcome, that is simply jaw dropping in its true life power, and makes pale in comparison some of the cinematic histrionics of the newer film. Decide for yourself here: The Town That Dreaded Sundown (BluRay/DVD Combo) [Blu-ray]

FIFTEEN movie remakes that are superior to the original. 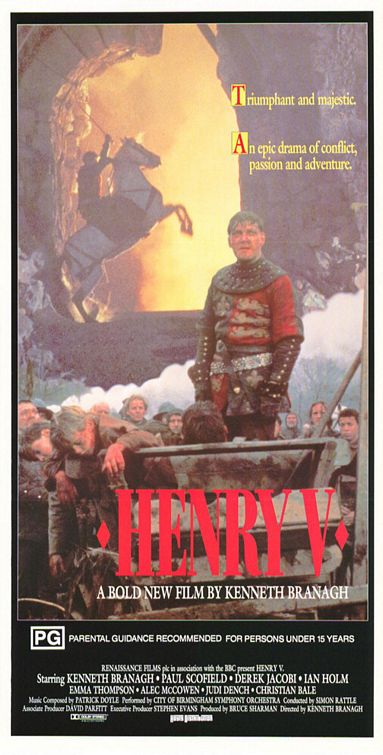 Bogart’s MALTESE FALCON (The third film attempt, finally got it right!)
I AM LEGEND, while I have a lot of respect for the Vincent Price and Charlton Heston versions, Will Smith’s I AM LEGEND moves it into big scale territory with out losing the intimate horror inherent
Cameron’s TITANIC
THE MAN WHO KNEW TOO MUCH Hictchcock Improves on himself in this Stewart and Day remake of his earlier film

Paramount is a bit of a mess when it comes to triple and quadruple dipping and because of that, determining what version is the best DVD or Bluray for you to own, can be difficult and time consuming. Well I’ve done homework (yes, I said homework) for you, my beloved reader 🙂 , to hopefully help make that decision making process… easier.

First, Avoid the 2009 Bluray versions of any of the earlier Star trek films (WRATH OF KAHN, UNDISCOVERED COUNTRY, and FIRST CONTACT), and stick to the 2disk DVD Directors cuts. Links are below. You just get more bang for your buck, and Paramount in a year or two will release Director’s cut version of the movies on Bluray, with better mastering.

However I would recommend the Star Trek Original Series Complete Seasons 1-3. Paramount did an okay job on those Blu-Rays, with exception of cheap packaging, and no labeling on the disks.

The 2004 Star Trek Original Series Complete Seasons 1-3 DVDs are better packaged than the blu-rays, and come with labeled disks, but the Bluray’s offer you remastered images and the option between viewing with CGI effects or original effects.

Pretty cool. So not perfect, but you gain more than you lose, by going with the Blurays over the DVDs for Star Trek Original Series. Also the very reason the 40 year old series could be processed into HD Blu-rays was because it was shot and mastered on film, the same as any movie, As opposed to many shows of the 80s and 90s, including DS9 and TNG, that were cheaply mastered and processed on video, meaning the original masters are not on film, so no true HD is possible with these shows, they top off at 480i.

For a pretty absorbing read on why you wont be seeing true HD Blurays of DS9 (my favorite of the Trek shows, followed by the original series, and then Next Generation. You’ll notice I omitted Voyager and Enterprise. 🙂 Send hate-mail to—) ) anytime soon go here and here.

So bottom line the existing DVDs of DS9 are the best you’re going to see of the series for the immediate future, if not the indefinite future. At the very least until technology goes up, and the cost goes down. So, below I have put a link to the DS9 set, as well.

For the JJ Abrams STAR TREK they did a good job on that Bluray, so would suggest the 3Disk Bluray. Though only 2 of those 3 disks I consider worthwhile.

Well those are my suggestions, and links (of what I consider the best, in terms of content and presentation and extras) are below: