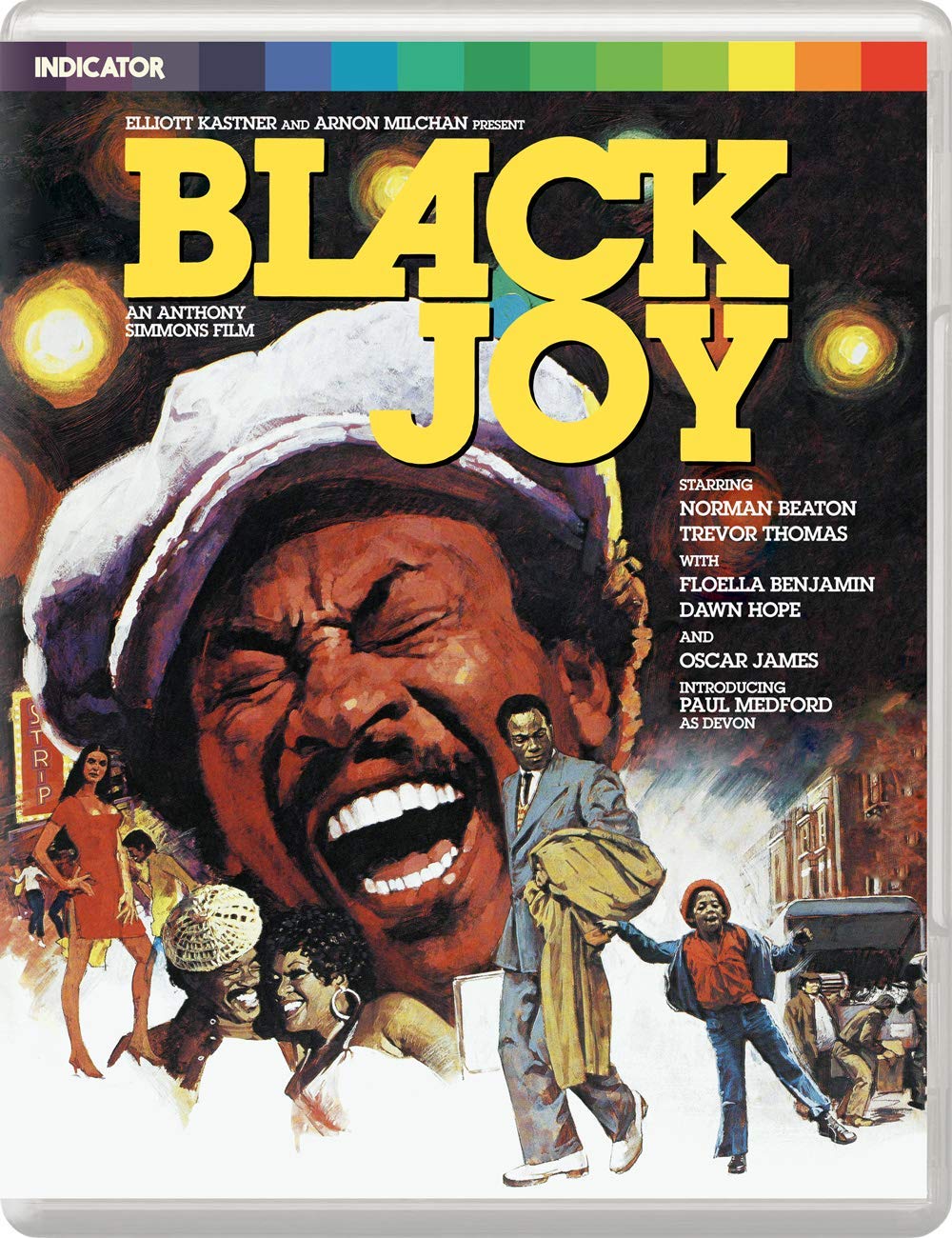 BLACK JOY – For the soundtrack alone this is a great purchase. A wild, raucous, caustic, but also tender, funny, troubling, dangerous bitter-sweet little film about the life and struggles and shenanigans of a specific bunch of people , in a specific place, at a specific time. It is a snapshot of a population, and a neighborhood, and a city, and even a world and music, that is far removed from today, and yet still resonates by the timeless conceit of the fish out of water, the good hearted but simple county-innocent… among hip city wolves.

Well shot and engrossingly performed. However, you will need subtitles, as the Patwa/West Indian slang flows fast and free, but despite that the meaning is always crystal clear.

Now, You are not going to mistake this for a blockbuster of cinema, but it is a surprisingly adept and charming (when not being of its time offensive) little film. This was a blind buy for me, and I am glad I bought it, because I am enriched by the viewing of it. Trevor Thomas is a wonderful actor, as is the whole cast, but definitely catch his interview on the disc, as well as the brilliant Floella Benjamin interview. Some of the stronger special features included.

“The opportunity to star in a film was great. Infact you got more opportunities, back in those days, the late 70s, 80s to play meaningful roles, as a Black actress, than you do today.”– Floella Benjamin

Get your copy here! As the Arrow Edition with booklet, will sell out.