For two seasons, fall of 2005-winter of 2007, a most unusual series landed on fine cable channels everywhere. Grandly titled MASTERS OF HORROR the show was the brain-child of Mick Garris, known mostly for two Stephen King Adaptations.

Being not a cable guy, I didn’t catch the show on first airing, so catching up with it on DVDs, as is my way with all television these days.

So out of the 26 episodes, here’s my take on the ones I’ve seen:

Season 1, Episode 1: Incident on and Off a Mountain Road
Original Air Date—28 October 2005- An interesting episode to open the series on. Mixing Survivalist Drama, Texas Chainsaw Massacre, Abusive Husband, Racist Militia, and Female Empowerment. Lot of ideas in less than an hours running time, helmed by Phantasm director Don Coscarelli. But I felt the parts didn’t mesh together for a decent whole. The mutant antagonist, ala WRONG TURN, just struck me as uninteresting. So not an episode I’ll watch again.

Season 1, Episode 2: Dreams in the Witch-House
Original Air Date—4 November 2005- Now this Stuart Gordan episode based loosely on HP Lovecraft, about a house and what lives behind the walls, is more like it. Stuart Gordon of REANIMATOR fame, helming a disturbing, Gothic, and sexy tale… of the diabolic. I re-watch this one often, Strongly Recommended. One of my favorite episodes.B+/A-.

Season 1, Episode 4: Jenifer
Original Air Date—18 November 2005- Dario Argento is one of the most influential horror directors, making his name on genre defining films of the 70s such as BIRD WITH THE CRYSTAL PLUMAGE, SUSPIRIA, DEEP RED. But it is clear his films of the last three decades, are not of the same quality as his early work. To be blunt they are not very good. So I was very happy to find JENIFER an extreme, but well crafted, and well performed, and engrossingly written tale.

A lot of the credit to this has to go to star and writer Steven Weber, who adapts the source material, a short Bruce Jones comic story, into a very engrossing and powerful tale of eros and thanos. Steven Weber’s strong writing reigning in Argento’s tendency to go off the rails when left to his own writing/devices. Huge kudos to Carrie Flemming who is immortalized as both the beauty and the beast. Another favorite episode. B+.

Season 1, Episode 5: Chocolate
Original Air Date—25 November 2005- A Mick Garris written and directed episode. Based on other Mick Garris properties I’ve sat through, and feedback on this episode from sources I trust I have no interest in seeing this episode. Mick Garris is to be applauded for putting the show together, and getting this talent under one roof, and by all reports is one of the nicest guys, and universally liked by juist about everyone, he’s a great networking guy/producer, but I think he really needs to leave the writing/directing to others based on the following: 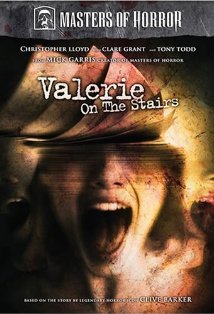 I mean an episode based on a Clive Barker story, and starring Tony Todd and Christopher Lloyd how can you go wrong? And the major complaint I could garner was people didn’t like the female nudity. So I went in with an open mind.

The episode starts off with good camera angles, nice dolly movements, nicely shot. The beginning is creepily effective, and I’m thinking.. “What the hell are people complaing about?” and then we get into the meat of the story, and it goes off the rails quickly.

Uggh where to start.

Stupid dialog, annoying protagonists, stupid plot contrivances, and an antagonist, Tony Todd, that rather than look frightening, looks pathetic. Poor, poor makeup job. I like Tony Todd, but seriously, do some pushups before you take a role where you are going to be sans shirt. The whole sagging man boobs, uhhh… not good. And the sex scenes, and I have no problem with sex scenes, are not sexy, they are just disgusting and pathetic. And the plot, I say that loosely, is just abyssmal.

The only saving grace of this episode is Christpher LLoyd, bringing real acting chops, to what amounts to a thankless role, and almost salvaging the poor dialog. An hour long episode that felt twice that length. And the final ending…just atrocious. Mick Garris may be the nicest guy in Hollywood, but he really needs to leave the writing and directing to others. You would need to pay me to watch this again. Awful.

Season 2, Episode 6: Pelts- Now sticking with Dario Argento, we jump to his 2nd and final MOH episode… PELTS. Now this shows Dario Argento when he doesn’t have a great writer to reign him in, or give heart to his splatter. Starring Meatloaf this episode is quite frankly just a mess. Cursed pelts, ya, ya, ya. It is just awful. Written by Mick Garris, it’s a preview of what can be expected in Mick’s own episodes. Just awful.

Season 1, Episode 8: John Carpenter’s Cigarette Burns
Original Air Date—November 2005- I’m a huge John Carpenter fan. but was strongly underwhelmed. While this one has a lot of hype surrounding it, I found it to be a haphazadly designed and poorly written episode, that unfortunately Carpenter couldn’t save. Not recommended.

Season 1, Episode 9: The Fair Haired Child
Original Air Date—6 January 2006- William Malone is a director whose features tend to underwhelm, so imagine my surprise when this episode turned out to be one of the creepiest, most disturbing and visually inventive of the first season. Great performances by a cast that includes Lori Petty. B+. 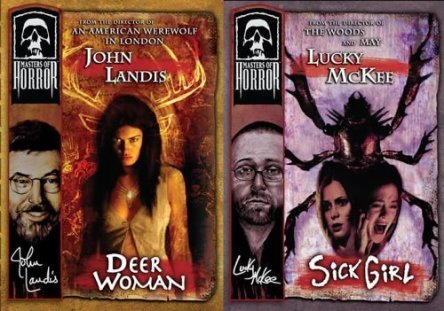 Season 1, Episode 12: Haeckel’s Tale
Original Air Date—27 January 2006- By the numbers episode with not an engrossing bone in its body. Forgettable.

Given the above hit and miss nature of the series, I can see why it only lasted two seasons. But the ones that work, are definitely worth your time.

Well, wrapping this up, that’s all the episodes of MOH I’ve seen to date. Come back often as I’ll be adding to this review post periodically. Till then… be well. 🙂 . 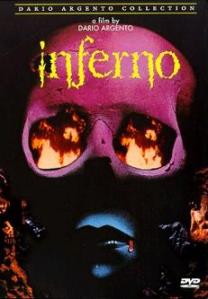 Then I realized my early work did have something special that audiences adored apart from what I humbly thought about them. They occupy a distinguished niche in Italian film history and probably always will.
Dario Argento

After many years of reading about Argento’s INFERNO I finally got around to seeing it. It starts off promising but ultimately meanders its way to an underwhelming, and more than a little amateurish conclusion.

And I say that being a huge fan of Dario Argento’s early work. I think his DEEP RED is a masterpiece and films such as his 1969 debut BIRD WITH THE CRYSTAL PLUMAGE (as masterful a debut as you’ll find, and something of a warmup to DEEP RED), and his subsequent films of the 70s, are close to masterpieces and all deserving of viewing.

However as with many great directors of the 70s, that greatness would not extend into the 80s. In the 1980s director sweethearts of the the age of Aquarius such as Argento, found themselves scrambling to be relevant in an era of Reagonomics and Hollywood Blockbusters and sought to wrangle audiences with gore and excess over craft (And don’t get me wrong there are moments of brilliance in his post 80s work, TENEBRE while flawed, has some really masterfully composed scenes of… tension and horror, and I enjoyed his JENIFER for MASTERS OF HORROR, but on a whole they tend to fail to hold together).

INFERNO is on the cusp of that transition from 70s craft to 80s gore, but its failure seemingly has to be laid more at the hands of just a half-baked film concept/story. First the good: Here as in SUSPIRIA the visuals are great. Argento’s use of primary colors, and the use of architecture and sets, drenches the film in this decadent dream reality. However unlike SUSPIRIA it is hampered by an inferior, and annoying score, and a weak and underdeveloped protagonist (The actor who plays the lead like most of the actors in this film, seemed like he had no idea what to do in-front the camera, and just wasn’t someone the audience could really connect with) and the same for the antagonist, the mother of shadows, who appears in the final act and whose final form is pretty darn laughable. All in all a mess of a movie, that has to be laid at the hands of Argento’s script. Those flaws noted, if you are an Argento fan the film is worth seeing for the visuals alone. C-/D+.