-You can’t trust these companies with your browsing or computer data, and now they want to secure (monetize?) your medical data as well? Thanks but no Thanks.

You know where I stand on this whole guilty before conviction nonsense, people losing their jobs, their homes, their reputations, their livelihood, their honors, based on innuendo, and rumors, and the murmurings of the faceless idiotic twitter and Facebook mob. I think moronic sound-bytes like ‘Me Too’ and ‘Black Lives Matter’ miss the point. The concept of ME TOO has no effing place in a court of law, only at a lynching. And it is not ‘Black Lives Matter’ that is the takeaway, it is ‘All lives matter’, and until you sell that, you can’t sell anything else to the takers of lives. I think a lot of earnest but misguided causes are being used by bad men to do dreadful things, and history will look back at this year of ‘ME TOO’ and see it for what it was, targeted political attacks. The age of McCarthy and the Salem Witch Trials updated, and social media weaponized.

The article describes speculation that what killed life (microbial life) on Mars… was water. An experiment in arid Chile, unexpectedly showed that a mass extinction occurred when water was introduced to an ecosystem that had learned to thrive in arid conditions.

The facts of today, wonderfully recalling the fictions of HG Wells. Once again HG Wells innovative fictions, do not all stay the stuff of fiction. Man would land on the moon. The conditions on Earth may be hazardous to life on mars. Even to the new types of war machines and warfare.

His WAR OF THE WORLDS, a wonderful work of fiction, but it posited that Martian Life was ultimately ended by germs and bacteria in the very air and water. It is so great to see that HG Wells, 7 decades after his passing, remains somehow timely and relevant.

Let’s leave untouched for the moment that Resident Trump did not win the popular vote. Let us even leave untouched that a percentage of votes cast for him are in doubt at best. Here’s the issue, millions of you did vote for someone who is doing a great disservice to the highest office in the land. You are the ones who worry me more than Trump.

And to leave on a more uplifting note, here are the first and last paragraphs of HG Wells’ WAR OF THE WORLDS(1898).

Here the opening paragraph of H.G. Wells’ The War of the Worlds:

No one would have believed in the last years of the nineteenth century that this world was being watched keenly and closely by intelligences greater than man’s and yet as mortal as his own; that as men busied themselves about their various concerns they were scrutinised and studied, perhaps almost as narrowly as a man with a microscope might scrutinise the transient creatures that swarm and multiply in a drop of water. With infinite complacency men went to and fro over this globe about their little affairs, serene in their assurance of their empire over matter. It is possible that the infusoria under the microscope do the same. No one gave a thought to the older worlds of space as sources of human danger, or thought of them only to dismiss the idea of life upon them as impossible or improbable. It is curious to recall some of the mental habits of those departed days. At most terrestrial men fancied there might be other men upon Mars, perhaps inferior to themselves and ready to welcome a missionary enterprise. Yet across the gulf of space, minds that are to our minds as ours are to those of the beasts that perish, intellects vast and cool and unsympathetic, regarded this earth with envious eyes, and slowly and surely drew their plans against us. And early in the twentieth century came the great disillusionment.

And here is the paragraph quoted from the end of the novel:

For so it had come about, as indeed I and many men might have foreseen had not terror and disaster blinded our minds. These germs of disease have taken toll of humanity since the beginning of things–taken toll of our prehuman ancestors since life began here. But by virtue of this natural selection of our kind we have developed resisting power; to no germs do we succumb without a struggle, and to many–those that cause putrefaction in dead matter, for instance–our living frames are altogether immune. But there are no bacteria in Mars, and directly these invaders arrived, directly they drank and fed, our microscopic allies began to work their overthrow. Already when I watched them they were irrevocably doomed, dying and rotting even as they went to and fro. It was inevitable. By the toll of a billion deaths man has bought his birthright of the earth, and it is his against all comers; it would still be his were the Martians ten times as mighty as they are. For neither do men live nor die in vain.

“We went into the dark, so that you may find the light.” 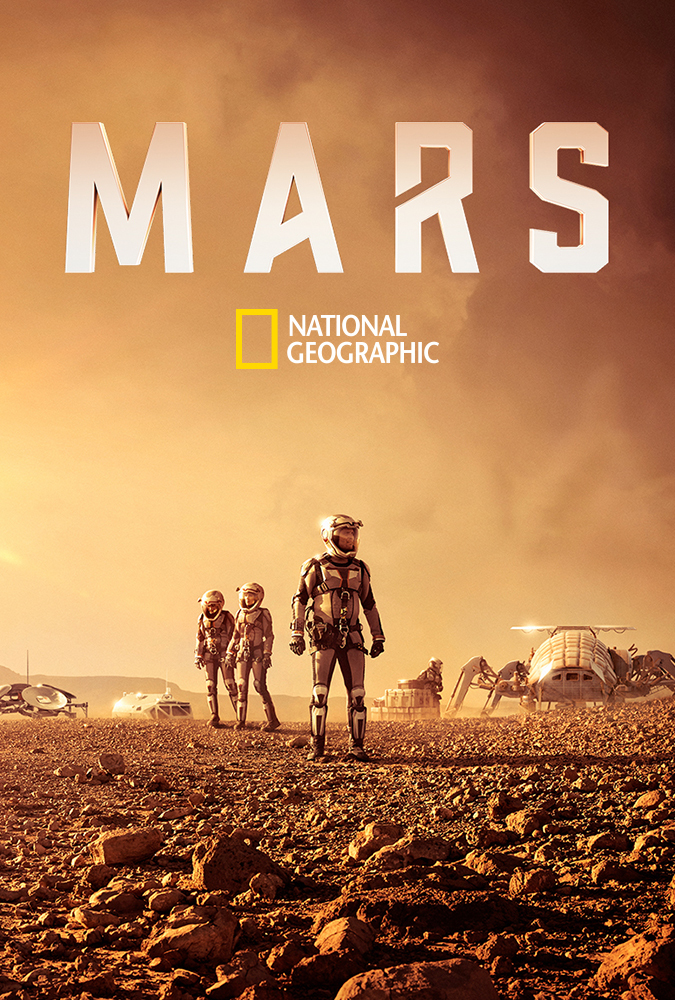 In the age of streaming there are very few ‘must see now’ shows.

MARS something of a docudrama, science fact/speculative fiction show, courtesy of National Geographic, about a possible future 17 years from today, that is intricately linked to the choices and sacrifices and personalities and visionaries of today.

You can argue on some level the show is an elaborate commercial for Elon Musk’s SPACEX. I personally feel that is the argument of cynics and the terminally short-sighted. This is a love letter to space exploration, and more than that, the better angels of our nature.

A nation is defined by the qualities of its dreams and dreamers and preoccupations. Its facts first given birth in its fictions, the zeitgeist of its preoccupations. In the 50s and early 60s we dreamed of the stars, and in the 60s we made those dreams into realities.

That is ever the way. That our occupations of the zeitgeist, our fictions shape our facts. Which is why the proliferation of Zombie and post apocalyptic and serial killer as thematic constants into our fictions, is something I find troubling. We dream of a cannibalistic future, where our worst aspect reign, and our facts follow in lockstep with our fictions. How else to explain a Trump in the Oval Office?

MARS is the type of show we need more of. STRONGLY recommended! Catch it courtesy of HULU today!