In no particular order. Feel free to leave your own recommendations, suggestions.

Memories of Murder (Korea)- More a thriller, but one of such nail-biting suspense it bleeds into the Horror category the way SEVEN would

Diabolique (France)- if you can see this film without being spoiled, or knowing anything about it, it’s an incredibly powerful film, and earns its place on any list.

M (1931-German)- Everything you know about horror film, from the brilliant to the bloody, about tension, about atmosphere, about darkness that walks at day, is sourced from this film. Even if a horror/suspense filmmaker hasn’t seen this film, they’ve been influenced by a film or filmmaker, that was influenced by this film.

Brotherhood of the Wolf (French- A drama/thriller but it bleeds enough into horror to be considered. In-fact it’s more disturbing than most straight up horror movies) 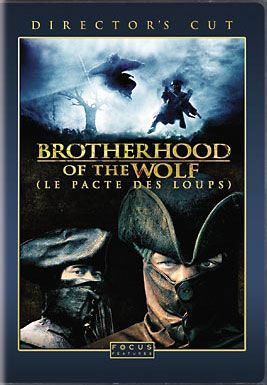 So if you follow this blog, you know I’m a huge fan of the original LET THE RIGHT ONE IN (Låt den rätte komma in) a 2008 Swedish film, that made the rounds in the states at the end of 2009.

Directed by Tomas Alfredson, a relative unknown, having mostly tv credits and comedies to his filmography, it’s fair to say that LET THE RIGHT ONE IN is his breakout hit.

Just a brilliant, oddly intimate and understated film, that works because of that intimacy and understatement. With some wonderful performances, and deft assured direction. It lived up to all the praise it generated well over a year or so back. Mostly because at its heart it’s a very sincere feeling tale, of isolation, and ostracized characters, and the cold winds that separate people. At its heart beneath the vicious, fantastic trappings, there beats a hopeful and horrible tale, just out of sight that both enchants and troubles.

I’m glad for the ambiguous nature of the original film, from the little I’ve heard of the book, I would not have liked the movie near as much, if it was slave to the book. Alfredson’s film, leaves the viewer with questions that linger, and both hopes and fears that haunt. And it is ambiguous enough, that you can graft your own backstory to the characters, and your own ending, hopeful or horrid, depending on your disposition.

‘Låt den rätte komma in’ is a film that endlessly troubles, and endlessly enchants.

Now I just watched the American remake, the more to the point titled LET ME IN, by Matt Reeves, and I thought it was a good film. But the title itself gives you a clue to where this film stumbles, and we’ll touch on that in a moment.

Matt Reeves, the director of CLOVERFIELD, which I thought was awful, definitely improves on that first outing.

The opening and much of the film showed a surprising deftness and attempt at freshness, surprising for what amounts to a quick cash grab. Which is what remakes typically are.

However Matt Reeves surprises with some scenes that are a clear improvement, such as the films tonal centerpiece, the car hijack scene. That’s just a wonderful bit of filmmaking.

And I quite liked the choice of how to open the movie, from “step A” showing you this is not going to be just a regurgitation of the original, but hopefully a reinterpretation.

The film tries to juggle the constants that make the original work while adding its own spin to it, and for the most part it works. I thought where it failed is in pivotal scenes with our young protagonist. Particularly the scenes with the two young actors, (both of who give great performances, Kodi Smit-McPhee and Chloe Moretz. My problems are not with their performances, it is in how their interaction is, and is not, covered), the issue is the intimacy of their interactions.

I’m thinking of specific scenes where the two young actors bond in the original, moments of bonding which help to pave the way for that ending. One scene in the original is as much body language as dialog, arguably more. Such as when Oscar hugs Eli after the candy incident, it informs a lot… how that scene plays out, and how she’s hesitant to hug him back. It speaks of her vulnerability and fear as much as his, and that wonderful bit of business is lost in Matt Reeves’ remake, due to how he frames that shot in tight close up. Losing more than it gains. The same is for the scene of them in the bed. Compare how well and touching that plays in the original to how distant and removed it is filmed in the remake.

But the two really important scenes that I think speaks to the very heart of what really binds these two children, or at least what binds Oscar to her, binds him to her body and soul, for me the pivotal scenes in the original film, without which that film would not have worked, are (spoilers ahead)

1/ the scene where, taking her advice, Oscar hits back when bullied. Oscar inflicts real damage, and his tormentor drops to the ground, and Oscar experiences what appears to be an almost transcendent state of grace, and pleasure, from putting down this tormentor. It’s an amazing and powerful scene, and you can understand why he would be bound to the girl whose advice led him to this, if only temporary, state of bliss, of… reckoning.

And going back to the title of the remake, LET ME IN, that shortcut nature of the title, extending to the shortcut nature taken with the emotional range of the story. I understand some of Matt Reeves’ shortcuts, combining all the characters into this REAR WINDOW type scenario, but shortcuting the emotional fireworks between the young actors was a HUGE misstep.

2/ The 2nd crucial scene, sensibly enough is at the climax, which felt incredibly powerful in the original, incredibly haunting, and incredibly uplifting, him looking up and her eyes, his savior’s eyes if you will, looking back at him, is an incredibly iconic scene, it makes that a climatic moment. it makes that the 2nd true moment where you can see devotion, is forged in blood and death and trial. And it makes the train scene after that, completely right somehow. Completely understandable, that they have been… bound in blood.

That ending is missing in the remake. To be precise, it is there but in a very truncated form, I’m sure Matt Reeves was trying to find his own voice with the scene, but he doesn’t. He copies much from the climax, but removes from it all the emotional connectivity, that would have made it climatic.

Instead the ending just sits there, lacking. Incomplete. Missing. Because they didn’t share that look, that connection, that binding of… two lost souls. Matt Reeves is a capable camera mover, but as in CLOVERFIELD I think he has problems bringing across, or filming characters. He films action, he’s not really good at filming actors, or that ineffable sense of communication.

Again I thought this film was a VAST improvement over his CLOVERFIELD, and was well on its way to being as good as the original, but it just cut too many corners with the emotional heart of the story, and that cost the film its ending. Indeed if Matt Reeves could have made his character moments as strong as his action set peices, it arguably could have been better than the original. Though if Mr. Reeves is this strong with only his 2nd film, I look forward to his progress in upcoming films. I, for one, think if he can bring an honest and caring emotional component to his already exceptional technical skills, he’ll be a filmmaker to watch.

So, in closing, the revamped HAMMER STUDIOS has chosen a strong film to reintroduce themselves to a new generation. A film worth seeing for a good first half, particularly the car hijack scene, though I would recommend seeing the original first.

But would not recommend re-watching, or purchasing the DVD.

p.s. On the cover to LET ME IN there’s a quote from Stephen King that states “The best American Horror film in the last 20 years”.

My, respectful as I can make it, reply to that is… “Are you on crack?”

Because either that’s a typo and he meant to say “Matt Reeves best film”, or I would have to surmise Mr. King has not seen many horror movies in the last 20 years.

And with that bit of eloquence, we bring this review to an end! 🙂 Yall come back now, y’hear. Till later… be well.