Well finally the much prophesied final part of my Wizard World Philadelphia 2012 coverage is here. You can see the first part here.

First some sights of us gassing up and on the road to Philly: 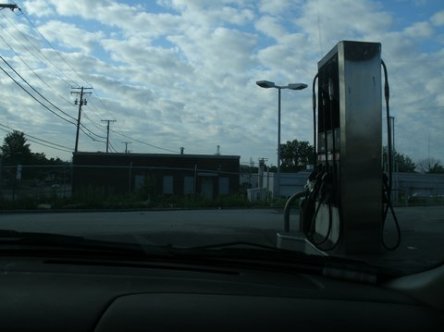 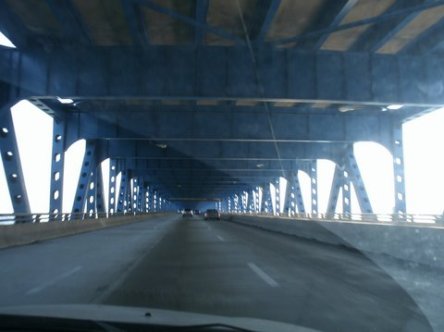 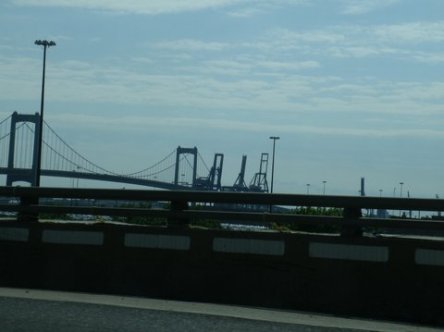 So finally done with the “hard-traveling” heroes bit (i.e. the road trip pics), and I already told you about getting to the con itself, and the lines… so we can get to the meat and potatoes…onto the interviews!!!

So it was a bit appropriate after being off the convention circuit for just about five years, that the first people I should run into should be LOADED BARREL studios. Kudos to the young lady who called us over, or I would have no doubt walked past obliviously. I reviewed their first issue, on this blog years ago and was quite impressed by it. I’m a fan of photo-manipulated comics, and have never seen it done as well as the team of Jared Barel, Jordan Barel, and Alex Goz do it.

So it’s good to know they have since finished BRIELLE AND THE HORROR, and have a new series THE GREY out as a graphic novel. Definitely looking forward to picking it up and you should be too. It doesn’t appear to be available on Amazon yet but you can order it here. I’m looking forward to what the future brings for this company.

Next up, after some meandering and wandering, I talked to the gang at POWER COMIX with their new kids comic SAGA OF THE POWER HEROES. Following up on that, Spoke to Jim Demonakos of the band KIRBY KRACKLE, and listened to his latest CD.

This was Jim’s first show at Wizard World Philly, and I thought the portable players/listening section he had setup was a nice touch. However being the founder of his own quite successful convention, Emerald City Comic Con, as well as a successful band, Jim is no stranger to conventions or great ideas. The music of Kirby Krackle being proof on both fronts, and comes recommended. You can sample the music and get your CD here. 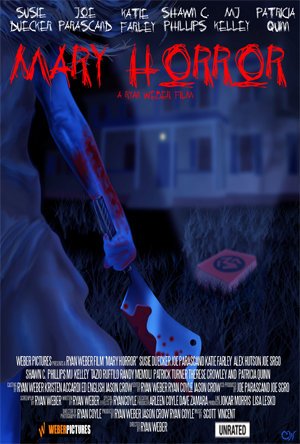 On the video front, I met Ryan Cole, the cinematographer and Joe Parascand, who plays Sheriff Tom, one of the stars of the film MARY HORROR. Again a nice setup, with a multi-display arrangement to showcase their horror film. A horror film you can find out more about at MARY HORROR.

My next interview at the con was Artist/co-creator Frankie B. Washington of the quite impressive web-comic ROBOT GOD AKAMATSU. The series done with writer co-creator James Biggie is a nice take on the Giant Robot genre that I haven’t seen before, and highlighted by great visuals, going by his gray-scale drawings.

With movement toward animation and merchandising, this is a series and a creative team to watch. And you can do so here! (One word regarding the site, the artwork there is colored a little dark, maybe even a bit muddy, so you lose the sense of the great line work and gray-scale artwork that they had on display at the convention. So my only caveat to the creators would be think about showcasing their linework/gray-scale art a bit more on the site or work on tweaking the coloring, as I feel the artist’s work gets completely gutted by the current coloring process. Other than that, well worth a look.)

One of the other interviews of the day, and one of my few purchases was from Shawn Alleyne’s PYROGLYPHICS Studios. PYROGLYPHICS consists of creators Joseph Currie, Koran Curtis, Stanley Weaver, Charlie Goubile, James Mason and the aforementioned Shawn Alleyne and together they’ve just launched a title called STREET TEAM. Highlighted by simply gorgeous art, their post-modern comic is equal parts martial arts, manga/anime tinged, masked heroes, video-games and good old fashioned action. Toss in they also offered a special that included two huge prints, magnets, and postcards, and it was an easy buy.

Now the comic looks like it may just be a one-shot and a spring board for the video game, but I hope not. I hope we can look forward to quarterly or annual issues of STREET TEAM. Well to get your copies of STREET TEAM and find out more go bug Mr. Alleyne himself here or the Street Team crew here. 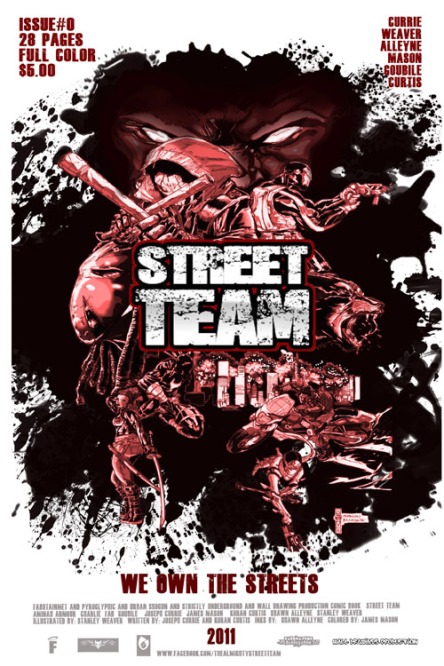 I also had the chance to meet the talented husband and wife duo of Jerry and Penelope Gaylord. They have very distinct styles to one another, but very complimentary and very good. See for yourself at IDENTITY COMICS! Tell ’em HT sent ya! 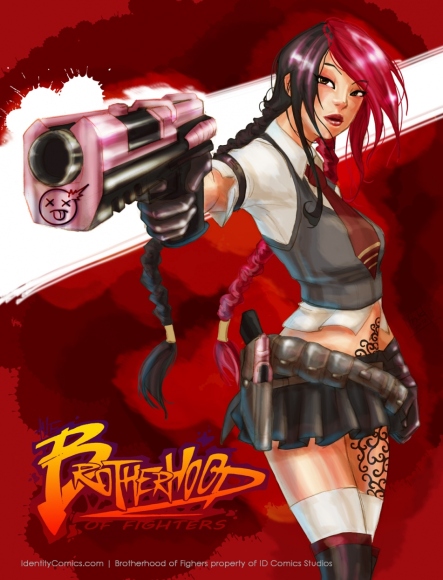 One of the joys for me of going to these shows is discovering a talent, an artist I was unaware of. So it’s with great pleasure that I came across the artwork of Laura Guzzo (kudos to her friend, Michael I think, who did a great job promoting her and singing her praises). Not only is she an ASTOUNDING artist, but her print prices are ridiculously reasonable.

You need to run, don’t walk to her website (well considering this is the web you don’t have to walk or run, try clicking here :)) and see her great artwork and purchase some at her Etsy store. She’s definitely going to be working for the big comic companies in no-time. Specifically she has an interesting and unique vision, that would make her a strong cover artist. I look forward to seeing her upcoming work.

Well kids, that’s a wrap for this installment. All in all a fun convention, and I hope I’ve pointed you to some talent to familiarize yourself with. And if I do help turn you on to some new talent, just let them know that Heroic Times sent ya! 🙂

Thanks again for visiting and I’ll leave you with a couple pictures from the con, most notably the Philly version of Black Widow,, which I have to tell you… is a pretty awesome version. Grrrowwlll. 🙂

In closing huge kudos to Jerry Milani of Wizard World for a fantastically well publicized, and well organized show!


And lest I forget, for anyone who I didn’t cover, please chalk that up to my head and not my heart, more than likely I didn’t have your complete contact info when time came to put this together. Just leave me a comment here, or email me if I gave you one of my business cards and we’ll get that corrected asap.

Thanks to everyone who made the show a great time for all involved! That’s all folks, go out there and be good to each other.