10 BEST ACTION FILMS on AMAZON PRIME – These are films you’ll come back to, and deserving of buying on DVD or BluRay to have, so you don’t have to rely on a streaming channel, or an ISP, or broadband speeds, to watch them. These are films that you want to have access to, whether or not streaming services go out of business. So watch them for free today courtesy of Amazon Prime, but buy them for their special features, best quality, and posterity. 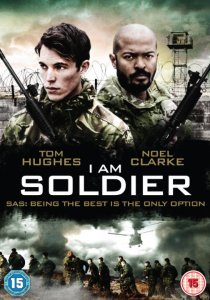 I AM SOLDIER  –  Ronnie Thompson with only his 2nd feature film writes and directs this film on the British Elite Fighting Force – the SAS. The film comes off as a love letter, recruitment film for the SAS, but it also comes off as a very good film. The cast is across the board excellent, with Tom Huges being the audience’s entry into this world. Noel Clarke is also excellent in this film, showing the gravitas of that Shakespearean training that was wasted for so many years in his television work. All in all an excellent movie that kept me riveted. Unfortunately there is currently not a decent DVD or Blu-Ray of this film available (By decent I mean that, at a minimum, it would need director’s commentary). So at this time you’ll need to just catch it on streaming till a suitable DVD or Blu-Ray arrives. 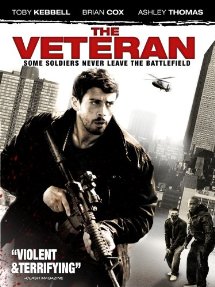 – This film starts slow but builds into a FANTASTIC film. If you like NO COUNTRY FOR OLD MEN, you will love THE ARROYO! Unfortunately the DVD is nearly sold out, and the studio seems to be pushing just the streaming option, so when it is gone, it is gone. My suggestion, if you want this movie in a non Internet dependent format… get it now. Best of luck! 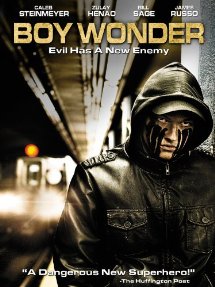 ANOTHER ZERO IN THE SYSTEM

Another Zero in the System

INK – More fantasy than action, Jamin Winans has two films on Amazon Prime and they are both excellent. He is one of these new breed of festival and VOD directors that are building a name strictly on the amazing content they produce for streaming channels.

EXPENDABLES 3 – While not as good as the first I really enjoyed this film and it was far better than the second one. Director Patrick Hughes managing to juggle massive stars, action, exposition, moments of pathos, and humor all effectively.

BRONSON – More Drama than Action, Nicolas Winding Refn continues to make the most interesting films about Men that are both shaped and shapers of violence, and the oft surreal worlds they inhabit.

STAR TREK INTO DARKNESS – Obviously more Sci-Fi than Action, however there is no denying the Action is awesome. Just a great film across the board.

13 POOR, INEPT FILMS ON AMAZON PRIME  – I wasted my time trying these, don’t waste yours. Not even worth one complete watch. Movies so bad they should be removed from Amazon to make room for something better

Join us next time for more of the Great, the Good, and the Inept! 🙂 And if so inclined, please use any attached links as they point you to the recommended versions of these films to order. The DVDs or Blu-Rays with the best commentary, or special features, or picture.  I do the research so you can spend more time watching quality movies. Enjoy! 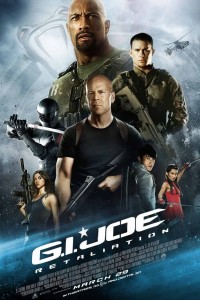 As a reviewer 2nd, but a movie goer 1st, I think it is very important to go into a film with as fresh eyes as reasonable to pique your interest. Beyond the broad stokes of a trailer or two, I avoid leaked plot details or guessing games about the storyline. Beyond broad generalities I think it is important to allow a filmmaker and a cast, to present the movie to you unfettered by too many preconceived notions or expectations.

Otherwise how can you fairly judge a film or a film-maker’s work that you have in essence previewed? It’s hard to get moments of surprise and originality in films, when too many people these days go into the film with all surprises read and all originality already squandered before the film ever opens.

Increasingly it is the impetus of a cynical audience, that is numb to all but the basest pleasures, to take comfort in that self same cynicism.

JJ Abrams, much like the New STAR TREK itself, flies in the face of such cynical times, being a throwback as well as a leap forward to old fashioned film-making. A filmmaker who understands emotional resonance and story and character is every bit as important as blowing things up, but in his affection for the old, never loses the skill and love for crafting the new. JJ Abrams and his writing staff for my money for the 2nd time do the impossible, creating a remake that manages to brilliantly embrace the new, without invalidating the old.

It’s the choices he makes as a director (that others may deride as sentimental or romantic or syrupy) that are the choices that for me make INTO DARKNESS a great film, and Abrams a great filmmaker. Not an opinion I’ve always held on Abrams, but an opinion he has earned since his first Star Trek film.

There’s a scene early in INTO DARKNESS [extremely minor spoiler but feel free to skip till after you’ve seen the film] where someone goes traitor, you’ve seen it in numerous films if you are even a casual moviegoer. The bad guy has an inside man working for him, a traitor. It is a movie cliché and virtually no one ever looks at that character as more than a means to an end, No one ever asks or seemingly cares about the why of such a character’s actions. In this movie in a scant few minutes, in nearly wordless scenes, Abrams takes the time to paint the reason why someone would do it. And it is a reason that if we can not condone, we can understand.

In scant minutes of screen time he takes an actor I generally have not enjoyed on screen, and gives him I think his best role to date. A role that in nearly any other film, by any other filmmaker, would be a meaningless plot device, here resonates and is memorable.
[End of minor spoiler]

With that scene I knew quickly and completely…. that I was in capable hands.

And the film continues with such heartfelt performances, married to beautiful visuals. It is the Star Trek universe re-imagined, and it looks grand and mythic. And any film’s protagonists, must be measured by the quality of that which they struggle against and in that role Benedict Cumberbatch delivers a fantastic performance as a character who must be feared yes, but also respected. Well written is the film where there is no simple villains, or villains at all, but only people in conflict, with agendas neither completely right nor completely wrong.

I could go on, but to say more about the film is to ultimately say little, what is best in the film has to be experienced, not regurgitated.

I will however say about the theatrical experience that I saw this film in a matinée showing in RealD 3D format (only the 3D showing was available), and the 3D, to my surprise, did not annoy.

No doubt the pleasant experience owes some to the theater I saw it in, not your typical multiplex, but seemingly it is just handled well here. It became very immersive, just part of a rich tapestry that pulled me in. I found this viewing while not noticeably 3D, definitely noticeably beautiful to look at, and that is all that visually I ask of any film.

In closing, JJ Abram’s 2nd foray into the STAR TREK universe, INTO DARKNESS was a long time coming, but I think has justified its wait, being as smart, as fun, as energetic, and perhaps more emotional and more grandiose than the admittedly excellent first film. On all fronts, for this reviewer, an unqualified success, and a movie I see myself returning to often. HIGHLY RECOMMENDED Grade: A.

The third and latest trailer for STAR TREK INTO DARKNESS is out, and while it still doesn’t make me as excited as the trailer to JJ Abram’s first STAR TREK movie, it however is far better than the earlier teaser trailers. There’s actually a story here that I’m intrigued to view and the visuals are, in a word, sublime.

For those of us who grew us with the Star Trek mythos, the trailer doesn’t particularly scream Star Trek. It feels like something decidedly different and I for one think that’s a good thing. With sequences shot in the 70mm IMAX format (not with the IMAX 3D cameras) it should be a great film to see on a REAL IMAX movie theater.

STAR TREK INTO DARKNESS (would it have killed them to put a ‘The” in there?! 🙂 ) hits theaters on May 17th. 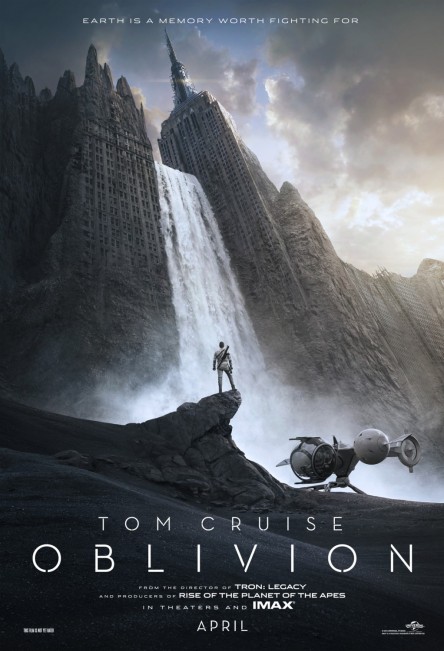 STAR TREK INTO DARKNESS- JJ Abrams follows up one of the most acclaimed entries not just in the Star Trek francise but for Sci-Fi in general with this entry. Great trailer, makes this a MUST SEE in the theaters. 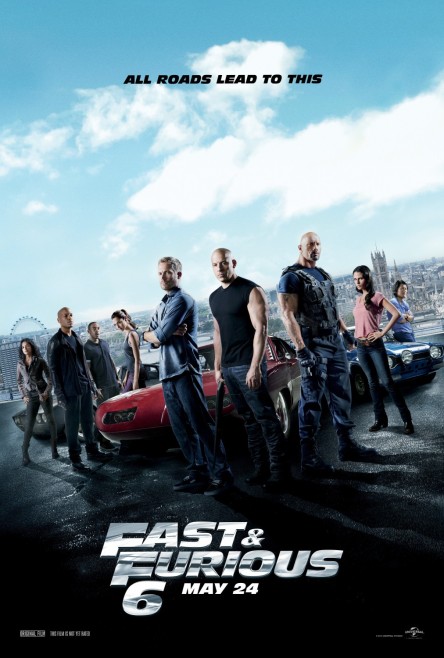 FASY AND FURIOUS 6- WAS never a fan of the franchise, but Justin Lin’s helming the 5th movie piqued my interest, and he is on board for this 6th entry. Plus the trailer is just fun! 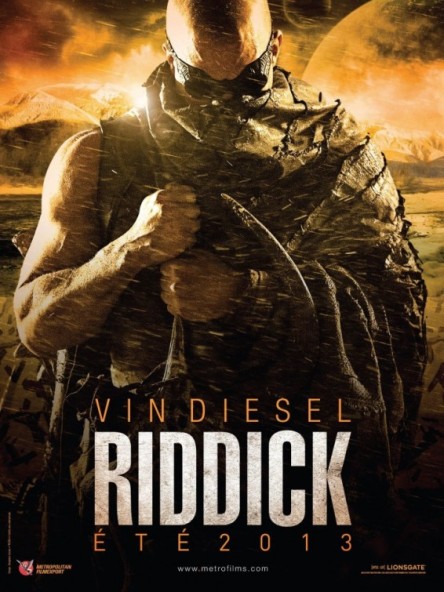 RIDDICK- Yet another interesting and appealing looking film in a 2013 that is poised to be a very good year for Sci-Fi films.

THE BUTLER- Dramas are not my favorite genre. I can do without DRIVING MISS DAISY type film-making, this includes films like Lee Daniel’s PRECIOUS. Just not subject matter I’m remotely interested in.

That said the premise of this latest Lee Daniel film, THE BUTLER, a look at the White House from the viewpoint of the butler that has served consecutive administrations… intrigues. Add to that a FANTASTIC cast, possibly the cast of the year, that includes Forest Whitaker, Jane Fonda, Robin Williams, Oprah Winfrey, Terrence Howard, John Cusack, Lenny Kravitz, Vanessa Redgrave, Mariah Carey, to name a few; and you have a film that screams to see it in the theater. Also interested in checking out the director’s 2012 golden-globe nominated film PAPERBOY.