Stop by Professor Thorgi’s channel and check out his review of new series JUSTICE LEAGUE DARK. As someone who with rare exceptions no longer gets monthly comics from the major comic publishers, me being interesred in anything new from DC or MARVEL comics… is rare.

I really want to rush out and buy this series from DC Comics, however… I will not.

DC has recently followed Marvel in pricing their comics at S4 a book. The cost of hiring Bendis perhaps. Whatever the reason, for me that translates into both companies charging more for new comics than they are worth. $4 cover price at a minimum, with many of the books being even more expensive at $5 and up.

I can spend that money to buy bronze age back issues that will hold their value as opposed to new issues, that 99% of them will be in the surplus dollar bins in a couple months. WHY ON GOD’S EARTH WOULD YOU PAY $4 for A NEW COMIC , when you can get a classic fantastic four or kubert comic for the same price? 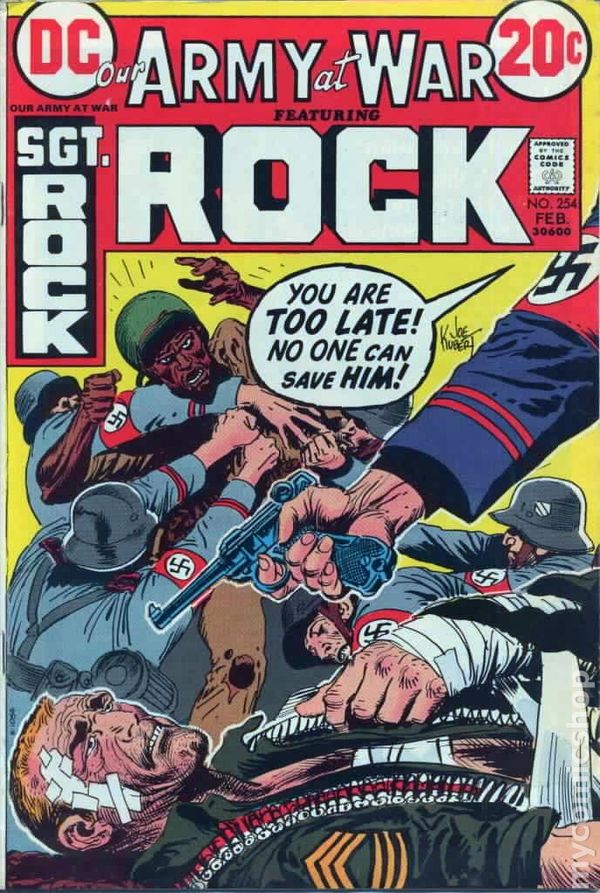 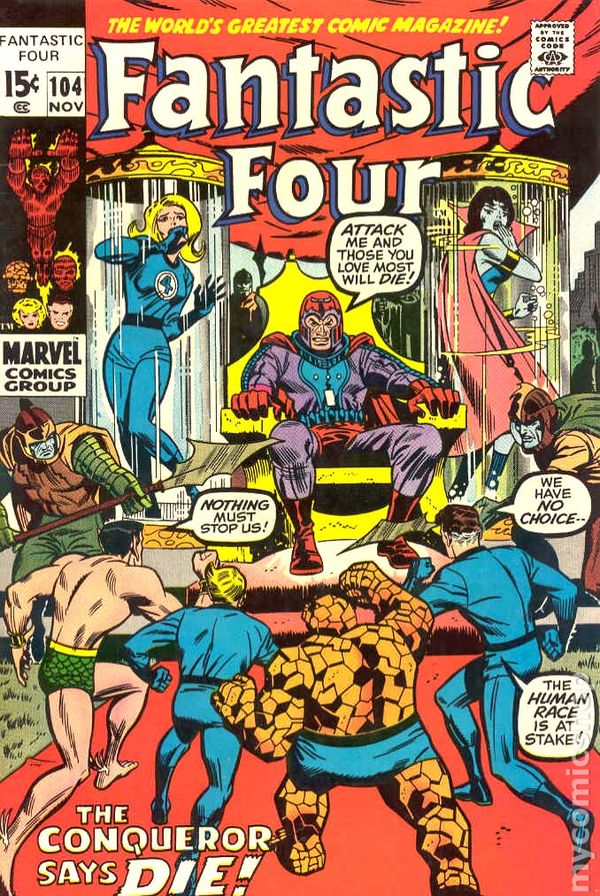 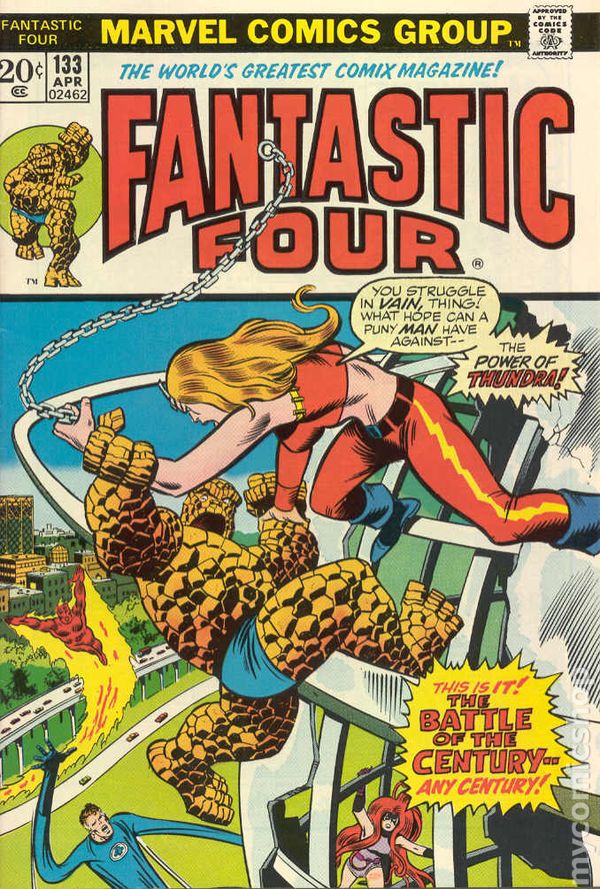 That pricing for new comic books is just pure greed, from two companies that are backed by billion dollar parent companies. Unlike smaller publishers, these companies have the infrastructure and scale to support bringing in these books at $2.50  or at least hold the line at $2.99.

I feel the companies inability to do so, and in the case of Marvel, unwillingness to do so comes down to greed, short sightedness, and mismanagement.They would rather try and price gouge the same aging customer base of about 70000 readers to buy multiple copies of overpriced issues, than price the issues at an attractive $2ish price point, to try to sell to millions rather than just thousands.

Contrary to the minority of loud but wrong right wing nuts, comic fan pretenders, screaming against creators and against diversity, as the failing of comics, comics are, in terms of creativity,  in a golden age.

Comics as someone who has been reading these books longer than most of the vocal minority have been alive, comics across the board have never been better in terms of writing, art, stories, creativity, diversity of genres, etc.(with minor exceptions such as Nick Spencer’s racist Nick Fury Jr idea. Really?? That is your idea? I don’t think so. :). Just have the Black Nick Fury be the black Nick Fury. Don’t hamstring him with some insulting, denigrating  and moronic story about him being the ‘son’ of the White Nick Fury. Just stupid and insulting on so many levels. An example of the movie division just being better and  smarter and less racist than the comic book division. And who would have thought that? 🙂 )

But that one caveat aside, the reason the comics are not selling is they are overpriced. Bottom line. And the big two publishers are over saturating the market to try to get their few readers to buy a lot, everything, to keep up.

Newsflash… people can not afford to get a lot, much less everything, especially at $4 a book.

So they choose, like I choose, to either severely limit their consumption or get nothing at all ( I get from DC only one $4 book, Christopher Priest’s DEATHSTROKE, and their few remaining $2.99 books.  However with DC poised to ruin the good work Priest has done on DEATHSTROKE, by putting the character in the JLA, hampering Priest’s ability to write for the comics unhindered, I see me dropping even that title. And according to the rumor mill the $2.99 books are going away. As far as Marvel, I  get nothing at all.)

The fact that Marvel is not legitimately selling millions of copies of Ta-na hesi Coates or Donny Cates or Al Ewing or Mark Waid or David Walker has nothing to do with those creators, those creators are doing their job;  but marketing and management and editorial mandates are failing these books.

I will definitely be reading Coates Captain America run, or the latest Moon Knight. But not monthly, Marvel and DC have taught me that they are not good or affordable publishers of periodical material and to rather wait for the collected edition and read it for free at the library, and the ones worth buying, to purchase in collected form, at a substantial discount over the individual issues. That is just smart shopping in this day and age, and for periodicals to not adjust their price point and marketing plan to make their product more attractive to an audience with a glut of choices and demands for their time… is to be bad at your job.

Marvel and DC’s periodical publishing arms… are bad at their jobs. People in charge of getting these numbers up and selling these books, should be given a deadline to turn things around and make improvements. And if they don’t  maybe what Marvel Upper Management needs is to sweep out the old under-performing and stagnant comic selling paradigm that has taken root at Marvel and DC and replace it with fresh faces, with fresh, innovative ideas for moving product, and winning readers. Do mail order subscriptions at a discount through Amazon, like Entertainment Weekly and other magazines do. Even selling the books as a loss leader, by increasing your subscriber base to millions rather than tens of thousands, you dramatically  increase what you can charge for ad space. But it takes change to make positive changes.

Now on the other hand, companies that are worth supporting in periodical form are ALTERNA, CHAPTER HOUSE, they provide inflation friendly comics, that allow you to pick up great books at a sub $3 price.

Also IMAGE, DARK HORSE, IDW, even though they are in the $3 and $4 range, they give you a lot more for your money than DC and Marvel do,  The smaller companies offer you a better periodical experience, they give you more pages, less ads, on better paper, and with additional content such as letters pages and special features.

All that creates a very simple take away for where and how I buy comics in the 21st century:

Use the link below, and your wallet can start thanking you as well:

Yeah, yeah.. it’s pretty stupid, and horrible. But I have to admit… it made me chuckle. 🙂

As far as why… Well I’ve been meaning to put up a couple strips for a while. And have been trying to network, collaborate with a couple of artists, but I’ll let you in on a secret, artists aren’t really the most reliable bunch for collaborating or networking with… at least the ones I’ve been dealing with.

So rather than wait on people to grow up, I decided to just ‘what the heck’ it, and just go ahead and create and post something that would make me laugh.

Hence this very brief, very juvenile ‘cut and paste’ cartoon courtesy of one of the free cartoon generators out there, The art is crude, but the insane story and words and madness is all me. Hope you enjoyed it. If you do, leave a comment and some likes!

It’s a work in progress experiment, that will improve if you guys will stick in there with me. Thanks!! 🙂