“We’re now in the midst of a third World War but this time the enemy is ourselves, and the objective is to save the planet from ourselves. There’s no hope for the masses of humanity to do anything, they never have, they never will. All social change comes from the passionate intervention of individuals or small groups of individuals.”

“Slavery wasn’t ended by any government or institution, women got the right to vote not because of any government, the Civil Rights movement the same thing, India with Mahatma Gandhi, South Africa with Nelson Mandella, again it’s always individuals, you need those individuals with the passion and the energy to get involved. Infact I don’t know any government or institutions that are doing anything to solve any of the World’s [current] problems. All over the world though, I am seeing individuals and non-government organizations that are passionately involved in protecting ecosystems and species. And that’s where I see some optimism, that’s where results are happening.”
—SHARKWATER 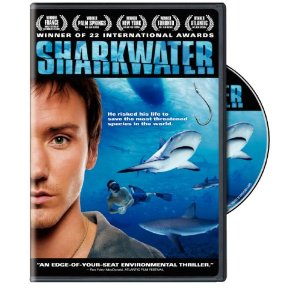 That said I believe that everything has a right to be, and a place, a part in a design, part of the beauty, the puzzle that makes the world spin. And each species we lose, is that puzzle broken a bit more, the world spinning a bit more haphazardly, and beauty and strangeness and wonders… lost.

And while I have respect for hunting and fishing, I think to kill an animal not for food or survival is a sin. And killing hundreds of thousands of sharks simply so you can cut off their fins to feed as aphrodisiacs or curatives to people with more money than sense, doesn’t count as either food or survival. It counts as an aberration. Sin. A mortal one, if you are moved by such outmoded concepts as sin and salvation.

Part of the… flaw of industrialization, is people stopped hunting for their own needs or even the needs of their village, and began over-hunting and overfishing to meet huge corporate quotas and profit margins. And that way lies in extinction. Short term them-the animal, long term us-the man.

And that said, like most of you I have my own problems. Problems as long as my arm, and pressing, and saving sharks falls pretty low on my list of things to tackle. Way below trying to save people from dropping bombs and starving and otherwise exterminating each other. That said, for a pointedly non-religious guy I believe in some really non-scientific bs.

I believe there is a wisdom that shapes our ends. I believe God puts in front of us maybe not what we want to deal with, but what we need to deal with. I believe in no accidents. For whatever reason I, a broke writer in this day, in this time… watched this DVD, and it moved me, and I’m writing about it.

I’m not a millionaire, or a politician, or a soldier of fortune, so I’m not going to address the problem in those ways. But each according to their strengths. Maybe it was put in my path so I’ll write about it, and someone who never comes to the blog, will come to it this one day, this one time, this one moment.

And maybe he’ll be moved, to move another piece, according to his strength. Part of some chain that binds us all. And something good, will come of it.

Whatever is on my plate, I will not pass by the cup that comes to me. Never have, never will.

And I the Shark Hater, I talk of Sharks. And the end of Sharks. A wonderful world is it not.

At the end of the day I reckon all that separates a good man from a bad, is how much beauty we take out of the world contrasted with how much we put in. A good man hopefully leaves the world more beautiful than he found it. I reckon a man whose claim to fame is helping make a species extinct, and litter the oceans with dead carcases, take wonder out of the sea… well I’d guess that’s villainy that will stain a person’s soul, and everything he touches… even onto the ending of the world.

Watch SHARKWATER. It’s worth the viewing. And if it doesn’t move you to get involved, not just in that cause, but any cause, then don’t worry about it. It just means you’re already dead. Or maybe worse, were never alive.

For the rest of you, check the site link above. Get involved. And if the cup comes to you, I wish you… the strength to drink.

“Future generations are going to look back, and they’re going to think of us as barbarians. They’re going to look at us as barbarians for what we’re doing. The fact that we’re burning all the fossil fuels in a few generations, that we’ve wiped out the oceans, that we’ve driven species to extinction. And worse, this is the worst part, we know what we’re doing. The scientists know, the environmentalists know, the companies know, and the general public knows, and yet we’re allowing ourselves to do it.” —SHARKWATER