Binaural recording is a 100 year old, mostly underused method, for providing immersive 3D sound recording AND playback with no need for consumer post processing or decoding, ala Dolby Surround.

I discovered Binaural recordings probably 10 years ago, and have been a fan ever since. The early Stephen King MIST CD (love the story and audio book, hate the movie, mostly due to Frank Darabont’s changes and excesses in group dynamics, creating caricatures rather than characters) and Clive Barker’s INHUMAN CONDITION sold under the moniker 3D Audio, being my first introduction to the wonders of Binaural.

“Suspended in a haze of terror, humanity makes its last stand against unholy destruction!

Stephen King’s sinister imagination and the miracle of 3-D sound transport you to a hot, lazy day in a sleepy all-American town — where a sudden, violent storm leaves behind a mysterious mist that traps you in the supermarket with dozens of others, cut off from your families and the world.

The Mist is alive, seething with unearthly sounds and movements. The Mist has you in its grip, and this masterpiece of 3-D sound engineering surrounds you with horror so real that you’ll be grabbing your own arm for reassurance. To one side — and whipping around your chair, a slither of tentacles. Swooping down upon you, a rush of grotesque, prehistoric wings. In the impenetrable mist, hearing is seeing — and believing. And what you’re about to hear, you’ll never forget.”

—THE MIST in 3D Sound

I immediately became hooked, but aside from those two audio books, and a handful of special effects and music CDs, Binaural never became embraced by the music or audio book market.

I always related that locking out of binaural with Dolby having defined the defacto surround standard for the theatrical and home markets; and receiver and CD and DVD and speaker manufacturers, having a vested interest in selling dolby post processing hardware and equipment.

Whereas with Binaural, you can cut all of that out, replace all of it on the consumers end, with nothing more than a pair of regular headphones.

Thankfully through the internet and other binaural lovers recording and sharing their city soundscapes, binaural has stayed alive. Allowing any person with the desire to download and a pair of headphones, the ability to experience, relive, a moment in someones’s walk through the streets of Paris, or Sweden, or New York; to experience what Alan Moore called “dream cities of the mind”.

And showing  everything old is new again, Binaural is finally being embraced (for its cost benefits and 3D soundstage) by virtual headset manufacturers and game designers, who are seeking an effective way to add surround sound  to their headsets without licensing or reguiring expensive post production decoding.

Add to that a new wave of affordable binaural microphones (the one part of Binaural that is not cheap, is cost of the recording heads. You can see some pricing here. So these new cost effective mics, come as a real boon.) and binaural recording is well on its way to being far more accessible.

VERGE coverage on Binaural for 2016!

So BROTD will be a reoccuring feature of this blog, shouting out impressive Binaural recordings or sites I’ve come across. And without further ado, this installments winner is (drumroll please)….

SOUNDLANDSCAPES BLOG – This website features various recording of Paris street life, and these are excellent recordings. You close your eyes and you are there, virtual reality of a sort, without the million dollar price tag. Just a stereo recording of microphones placed where the human ears woud be, and the motion through, or within a crowd, and listened to via headphones… and you have something not quite unlike magic.

Listen to this site’s great recording in your podcast player of choice using this RSS feed: https://soundlandscapes.wordpress.com/feed/

And a great recording to start with is the latest episode in their feed, described below by the Blog owner and recorder… Des:

Every Tuesday, Friday and Sunday an indoor market, housed in the 19th century Grande Halle, opens for business and an outdoor market appears on Place Jean-Jaures and in the surrounding streets. 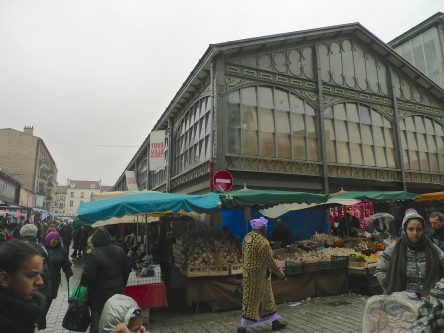 The outdoor market is rather like an African souk selling everything from clothes and fabrics to a range of footwear, cosmetics, bags, clay cooking pots and other assorted household goods, tools and plants, as well as some high-end, branded goods at suspiciously low prices.

The sound recording is fantastic, and i higly recommend you subscribing to Des’ site via the above feed. Oh and if unsure what podcatcher to use, on the tablet side PODCAST ADDICT is a good one, on the laptop/desktop side GPODDER is a very good one.

If you liked this post and want to see more Binaural coverage toss me some likes, and use the links below to get some great binaural recordings (every purchase helps support this blog and is greatly appreciated. You get introduced to great items, and we get a couple pennies 🙂 ).

From the Caves of the Iron Mountain

I became a fan of Binaural recordings well over a decade ago. A technology that became briefly popular in the early days of the search for surround. Using a very interesting concept and relatively affordable requirements, Binaural allowed the effective reproduction of a surround sound environment, using only headphones. Unlike simple stereo in traditional recordings and systems, Binaural recordings created a definite spatial soundstage. Sound could be close or far, above or behind or in front. In other words it offered an alternative to expensive receiver/multi-speaker Dolby Surround setups, using only the binaural recording and a pair of headphones.

Needless to say the cost effective Binaural was crushed out of existence by multi-million dollar marketing push of competing technologies such as Dolby and licensing deals of companies whose livelihood depended on selling you expensive receivers/decoders and multi-speaker setups.

And don’t get me wrong, those things have their place. I grew up during the age of great speakers and receivers, from Polk to B&W 801s to Legacy Classic series; sound systems that cost more than cars. And I went through my share of such systems, but for personal entertainment, when you are not trying to blow the roof off or entertain a roomful of people… such systems are overkill.

Especially now in the age of miniaturization (and to some extent isolation) that the itunes and media player model has made of music listening, everyone is listening through headphones. And in such an environment Binaural not Dolby, is the surround scheme that is most impressive and immersive.

Unfortunately big business has a way of killing the affordable technology or alternative technology in favor  of the bloated, controllable, and prohibitively expensive model. So for this reason there is only a handful of mass-produced binarual music cds in existance.

Thankfully the very nature of Binaural means anyone can produce recordings using this technology. The detriment of that being you get the binaural recording technique, coopted by ‘new agey’ and suspect alternative health types, putting out mostly awful CDs that are supposed to help you receive some exceptional brain state. Most of these CDs are what you would expect from such claims.

But the real fans of Binaural understand the technology is for making kick-ass ‘you are there’ sound recordings.

Binaural allows effective placement of sound using headphones. So yes it makes for effective recordings of environments, be it a rain forest or a subway or a concert hall.

So without further ado here are the best binaural recordings currently available: 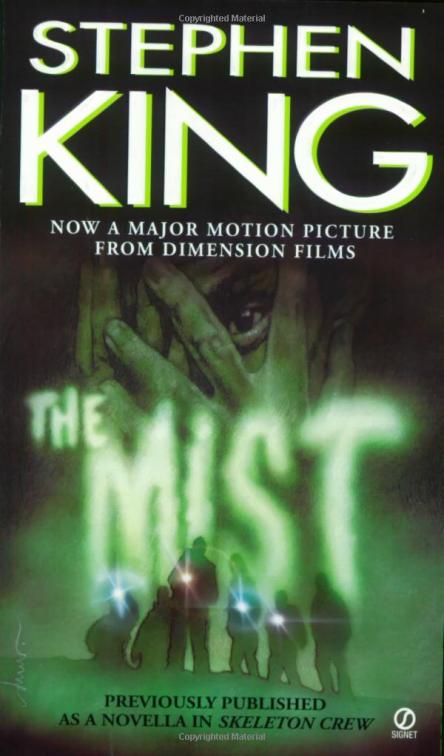 Stephen King’s sinister imagination and the miracle of 3-D sound transport you to a hot, lazy day in a sleepy all-American town — where a sudden, violent storm leaves behind a mysterious mist that traps you in the supermarket with dozens of others, cut off from your families and the world.

The Mist is alive, seething with unearthly sounds and movements. The Mist has you in its grip, and this masterpiece of 3-D sound engineering surrounds you with horror so real that you’ll be grabbing your own arm for reassurance. To one side — and whipping around your chair, a slither of tentacles. Swooping down upon you, a rush of grotesque, prehistoric wings. In the impenetrable mist, hearing is seeing — and believing. And what you’re about to hear, you’ll never forget. 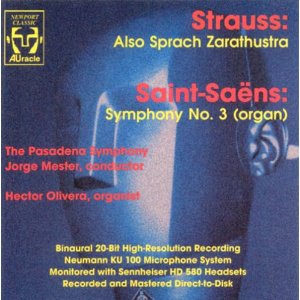 ‘This is my favorite classical recording in my whole collection. This is a true audiophile recording for those seeking recordings with above standard audio qualities. This recording uses the binaural Neumann KU 100 dummy head and 20-bit resolution. Binaural recordings produce natural ‘3d’ audio, in 360 degree direction using only standard headphones. This is not Dolby surround. This is two-tracks. You don’t need a 5 speaker setup, all you need are headphones!

If you are a headphone user you should not hesitate one moment to get this, especially if you’ve never heard a binaural recording before. The difference is profound. When listening with headphones you will experience the orchestra as if you were there- all the instruments will be in their proper locations and distances all without using mixing board tricks.’
— Amazon reviewer 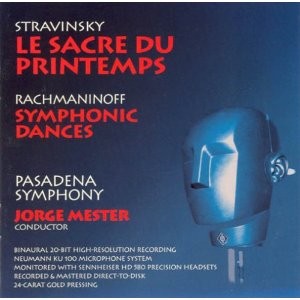 ‘Binaural recordings are very rare and very unique. But in my opinion, binaural is the BEST way to record live music. Why? Because binaural captures the exact audio of a live event in 100 percent natural 360 degree audio.

To hear the binaural effect properly you must wear headphones while listening to this CD. And when you do, in effect, you will ‘be there’ like no other audio technolgy can offer. In fact, I’d say binuaral is far superior than Dolby or any other 3D technology.

When listening with headphones, thanks to the binaural recording technique, you will hear every instrument in every location exactly as they really are- the perspective is incredible. You can detect the exact distance and location of each musician. This is an UNBELIEVABLE experience! ‘– Amazon Reviewer