Book Description
Publication Date: October 15, 2010
Yul Brynners reputation as one of the twentieth centurys most charismatic and versatile actors is irrefutable. But his talent as a photographer has been relatively unknown and unacknowledged. YUL will change that, presenting Brynners photographic oeuvre for the first time in a comprehensive and lavish way in book form. Brynners subjects are some of the pivotal figures of cinematic and stage history, and his talent lies in capturing these people and particularly actors (those best at disguising their true selves) at ease, both on and off set: Charlton Heston as Moses in The Ten Commandments, Audrey Hepburn in a gondola in Venice, Elizabeth Taylor relaxing poolside. YUL also contains candid shots of Brynners family. Comprising a selection made from 8,000 images and press cuttings edited by Brynners daughter Victoria Brynner, YUL is divided into four volumes: Lifestyle, Life on Set, 1956 (the pivotal year of The King and I, The Ten Commandments and Anastasia), and Man of Style which contains portraits of Brynner by photographers such as Richard Avedon, Henri Cartier-Bresson and Inge Morath. Published on the twenty-fifth anniversary of Brynners death, YUL is a celebration of Brynners photographic legacy and a complex portrait of the man himself. 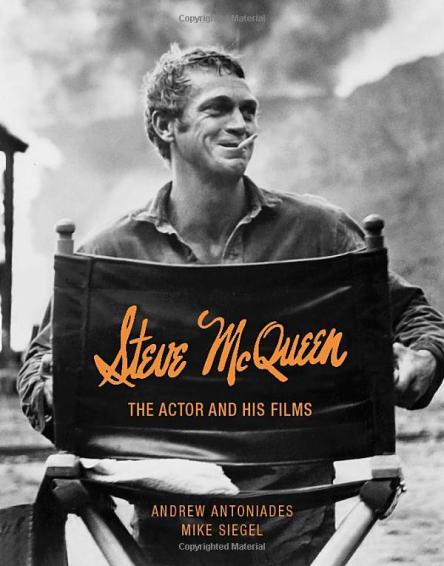 Steve McQueen: The Actor and His Films

Steve McQueen: The Actor and his Films, is the definitive account of every film that the iconic actor made. This lavishly illustrated book devotes nearly 500 pages to Steve McQueen’s career and tracks his journey from juvenile delinquent, to Marine, to an aspiring actor breaking into Hollywood, until he became a global superstar and the highest-paid actor of his era. Included are numerous behind the scenes tales of events that occurred leading up to and during filming, and fascinating insights into McQueen’s acting techniques and motivations.

Book Description
Publication Date: April 27, 2010 | ISBN-10: 0195334736 | ISBN-13: 978-0195334739 | Edition: 1
From St. Augustine and early Ethiopian philosophers to the anti-colonialist movements of Pan-Africanism and Negritude, this encyclopedia offers a comprehensive view of African thought, covering the intellectual tradition both on the continent in its entirety and throughout the African Diaspora in the Americas and in Europe. The term “African thought” has been interpreted in the broadest sense to embrace all those forms of discourse – philosophy, political thought, religion, literature, important social movements – that contribute to the formulation of a distinctive vision of the world determined by or derived from the African experience. The Encyclopedia is a large-scale work of 350 entries covering major topics involved in the development of African Thought including historical figures and important social movements, producing a collection that is an essential resource for teaching, an invaluable companion to independent research, and a solid guide for further study.

From the twilight of the Romanov dynasty through les années folles of Art Deco Paris to the jet-set seventies, Bals explores the nine most exceptional private costume parties of the twentieth century. The most lavish, beautiful book ever produced on the subject, Bals features social commentary both by and about the colorful characters—Truman Capote, Cecil Beaton, and others—who immortalized these extraordinary events, as well as first-person narratives by Jacqueline de Ribes, Hélène David-Weill, and Marisa Berenson.