“Nimoy is a gnostic mystic—a radical spiritualist, indeed, a spiritual rebel…I am suggesting that Nimoy’s fascination with the female body involves an element of temptation as well as transcendence. I am suggestion that what is really unusual about his female figures is that they signify profane and sacred love simultaneously…The issue that Nimoy’s photographs subtly address is the transmutation of sexual desire into spiritual aspiration…It is Nimoy’s ability to convey woman’s many-sidedness—Shekhina and Succubus at once—that makes his photographs profound.”
— Donald Kuspit 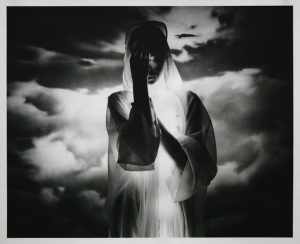 “A feminine word in Hebrew, Shekhina is the Talmudic term for the visible and audible manifestations of the Deity’s presence on Earth. Over time, Shekhina came to represent much more — a softer, empathetic feminine counterpart to God who could argue for humanity’s sake, comfort the poor and sick, and stand as the mother of Israel. Nimoy’s first encounter with the mystique of Shekhina began in synagogue at the age of 8. “The men were chanting, shouting and praying in an Orthodox service. It was very passionate, very theatrical,” said Nimoy. His father told him not to look, as the worshippers averted their eyes during blessings recited by the kohanim, or descendants of the priestly class. “I was chilled by the whole thing,” he said. Years later Nimoy’s rabbi explained to him that the entry of Shekhina into the sanctuary to bless the congregation could cast a fatally blinding light. Such a powerful memory inspired the actor/photographer to explore the feminine aspect of God in human form, including the issues of sensuality and sexuality.”
– R. Michelson Galleries 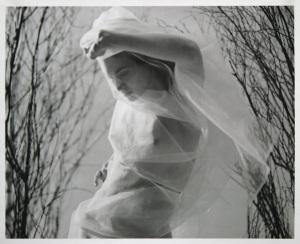 First and best, most inspired of Leonard Nimoy’s Monograph’s, released in 2002 this large 10.3″ by 10.3″ Hardcover was met with both acclaim and a bit of shock, in its portrayal of Jewish Women, that strives for both the sexual and the sacred. A beautiful book, published by Umbrage Editions, mixing large, striking photographs with quotes and prayers. It’s a book deserving of any coffee table.

Price your copy of Shekhina here.