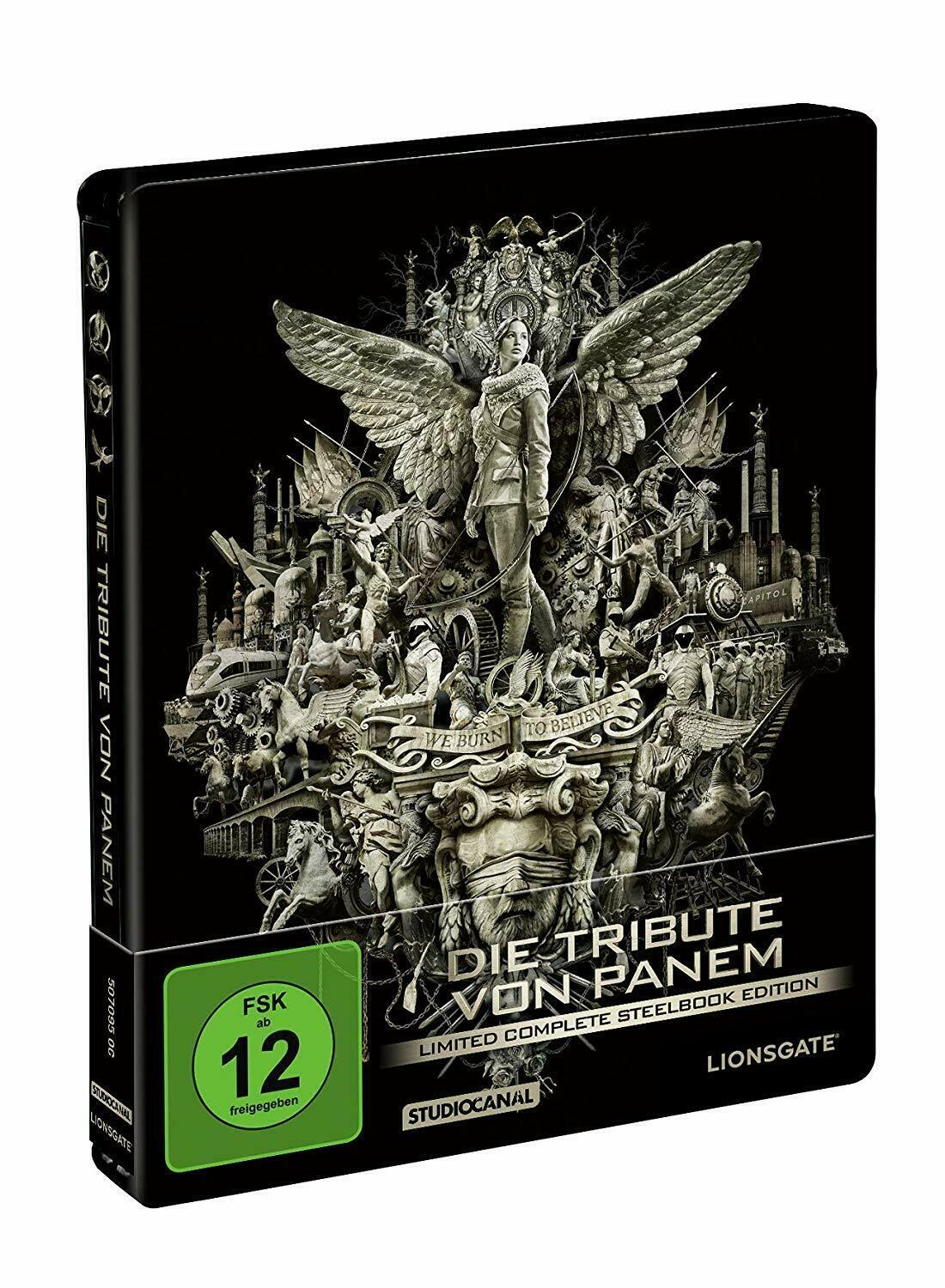 I am not the biggest fan of THE HUNGER GAMES trilogy, but the odds of me, not owning this ‘work of art’ Steel-book and Movie, and having it proudly displayed on my bookshelf /media room,… those odds are zero.  🙂

If you likewise would like to add the item to your home, please use the following link. You get a great item, and it earns a few pennies for this Blog to keep the proverbial doors open. A win-win.

Also have the following now available (you will find them using the above link as well): 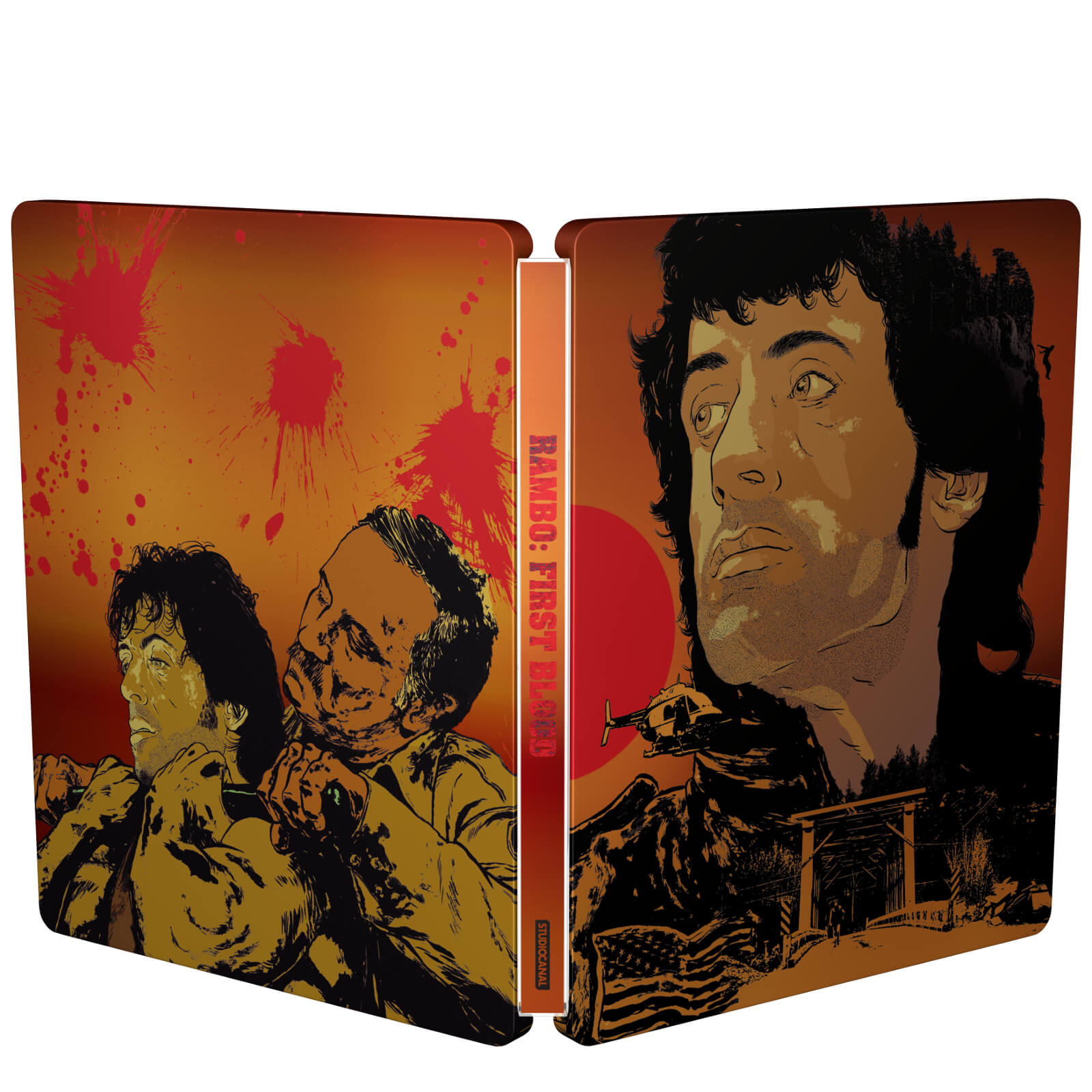 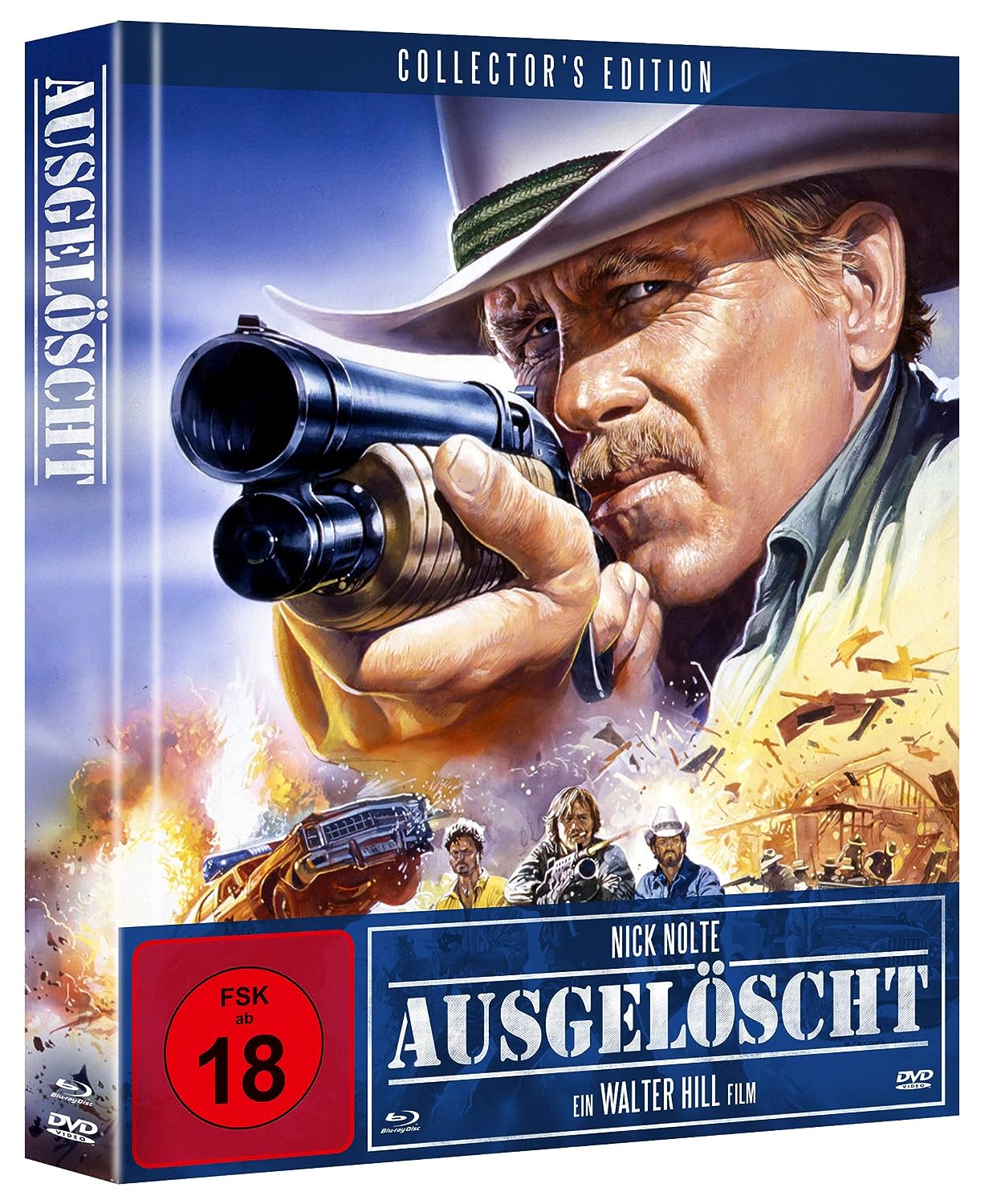 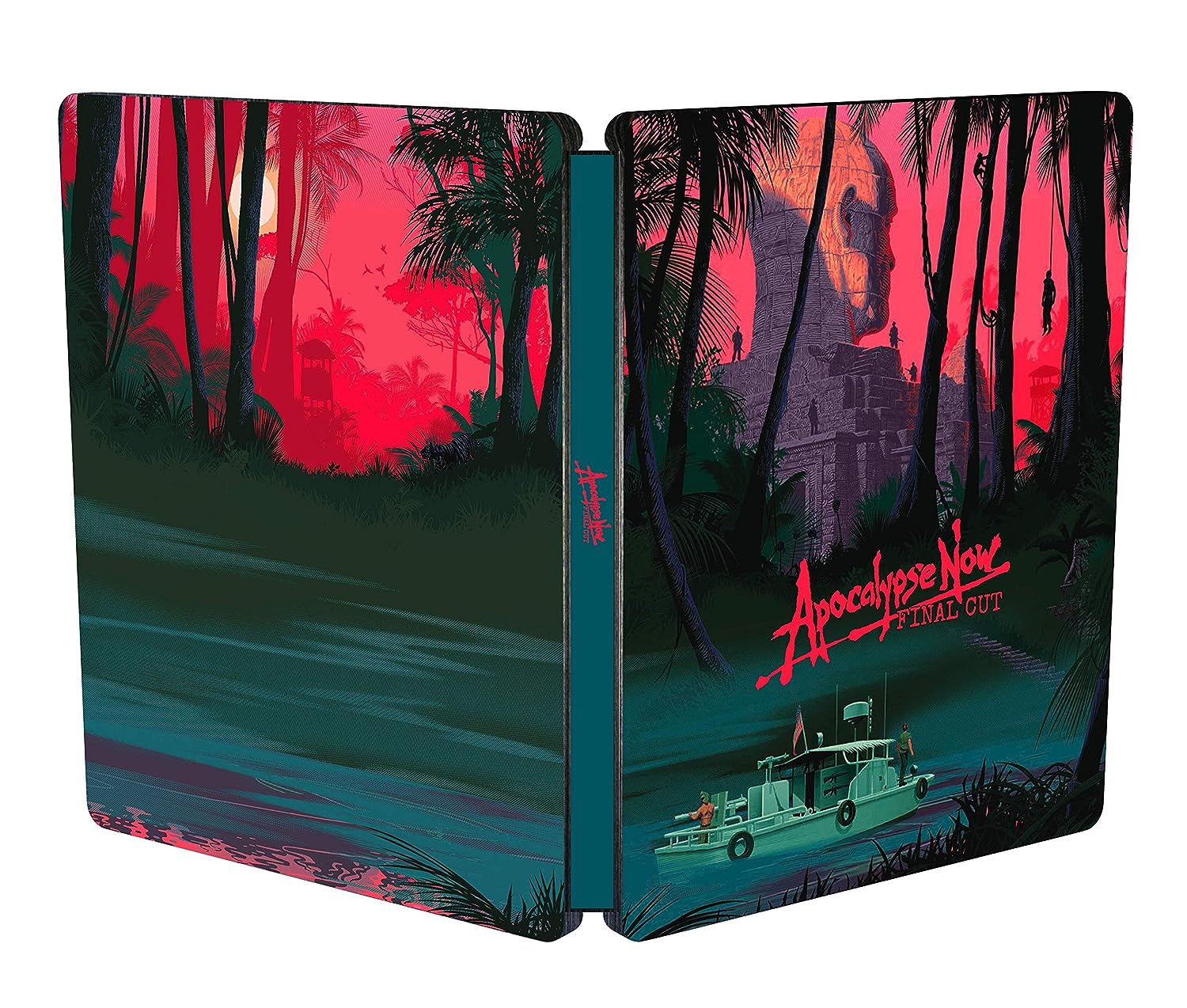 THE EXPENDABLES- When I first heard about this idea, I thought it would be a nice, fun kooky throwback to the 80s film of yore. Nothing great but just a nice teaming of some 80s icon, a nice throwaway flick.

So what did I think?

To say EXPENDABLES does not disappoint is to perhaps practice understatement to an unacceptable degree. Quite frankly it is a great movie… full stop. Sylvester Stallone, once again, proving himself to be a creative force to be reckoned with, and a damn great director.

Stallone, much as he did in 2008’s RAMBO, takes the tropes of Hollywood’s current 80s infatuation phase, to craft on to that skeleton a film that is superior to its influences. A homage indicates a film that is a calling card to something greater, THE EXPENDABLES like the aforementioned RAMBO, is not a homage. It is better than its inspirations, as Stallone ratchets the action and adrenaline up to 100, and then takes it beyond.

And more than that THE EXPENDABLES is a far less one dimensional film than those of the 80s, where the bad guys were mustache twirling villains and right and wrong were clearly delineated paths (with the exception of the Somalian Piracy issue, that the film presents in just that one dimensional way. Eschewing the larger issues that the pirates may not be the ones seizing those boats, but may instead be the companies and nations, that are launching them, and are providing the money and weapons that allow a genocidal war to continue. This vilification of easy targets, akin, but less severe than DISTRICT 9’s Nigerian Bashing).

The Generalisimo is presented, thankfully, more adeptly. While a despot, he is one placed there by forces in the form of the always impressive Eric Roberts.

And to speak on Eric Roberts for a second: I’m glad to see in films like this and THE DARK KNIGHT that he is finally getting the due he didn’t in his youth. Eric Roberts long being one of the best actors Hollywood was ignoring.

And Stallone manages to grant all these stalwarts their moments. Peppering his 80s icons with relative new guys and real life tough guys Terry Crews (Retired NFL Football Player, and has appeared in several films including GET SMART and DELIVER US FROM EVA. He brings a distinct, calming and very affable energy to the mix), Randy Couture (Wrestler and retired MMA Champion. Has starred in REDBELT and SCORPION KING among others. Like all truly dangerous guys he brings an easy, laid back presence to the screen), Steve Austin (A former champion WWF Wrestler, and has starred in NASH BRIDGES and THE LONGEST YARD. Known as Stone Cold from wrestling, he brings that intimidating presence to the EXPENDABLES with impressive results).

And not to be outdone by the new guys Stallone, Statham, Li and Rourke (who delivers the film’s central theme of sacrifice in quite a moving scene) do the heavy lifting in terms of story beats.

Giselle Itie, the stunning 28 year old Mexican actress, makes her big screen debut as the worthy reason for the Expendables to expend themselves. She captivates and I see big things ahead for her.

And Charisma Carpenter stars as Statham’s love interest, I didn’t even equate her with BUFFY until checking IMDB in prep for this review. Always attractive, there is something new in her face. Something that is not quite unlike suffering, and not quite unlike grace. She’s one of those rare people whose face only grows more… compelling with time. She is on-screen just briefly, but manages to truly burn herself into those scenes.

And returning to Icon territory, Dolph Lundgren is an actor (like many Action heroes) who has fought long for respect. I’ve always felt he has earned it, being quite a fan of the much railed against first PUNISHER movie starring him and Louis Gossett Jr.

And by all accounts his Direct To Video films, which I intend to bring you an overview of, showcase his growing skills as both actor and director.

With THE EXPENDABLES he gets his first big screen showing in decades, and captivates with it. As a man who has endured and seen and been… too much.

To a certain extent the script by Stallone, in seeming throwaway one-liners addresses each man’s very public private issues, in a self effacing way that speaks of much courage to those who can listen. From Stallone’s marriage woes, to claims of substance abuse, to subtle lights shined on, not the 80s, but today.

The fact that their defacto hangout is Rourke’s tattoo parlor, has nothing to do with the 80s and everything to do with today. It speaks to the proliferation of body art in the 21st century, the need in an empty age to wear your allegiances on your skin because all other allegiances… have failed you. They are men shorn of an inner identity seeking to find in the identification of the flesh, a needle and ink that will pierce deep enough… to identify their souls.

You can get all this out of the movie (akin to how the French looked at our stylish Black and White crime films of the post war era, and saw in them existential commentaries on fatalism and the human dilemma and ultimately coined them… Film Noir), or you can see it as just a phenomenal action movie. Or if you’re like me, you can do both.

Either way, Stallone is really pushing the envelope in terms of on-screen brutality. It is not as clearly disturbing as RAMBO, which I think is a very subversive film, that works on levels of both exhilaration and castigation.

I think one thing it gives you, that you didn’t get from the films of the 80s,where everyone died pretty, is that death is a violent and violating thing, and you don’t ever want to be shot if you can avoid it.

Because flesh wounds in Stallone’s films, more often than not, take off limbs. I think it is a truth about violence that was often missing in the throwback video-game like films of the 80s. And here that violence, of the School of Spielberg’s SAVING PRIVATE RYAN, and since adopted in films as diverse as TAE GUK, RAMBO, NO COUNTRY FOR OLD MEN, DISTRICT 9, is in full effect here. Death not as Pekinpah or Woo’s Blood Ballets, but death as meat grinder.

That aesthetic is in full effect here in THE EXPENDABLES, done in a manner somewhere between that aforementioned exhilaration and castigation.

I’m always a little conflicted by these action sequences, and I think that conflict, that sense of horror, is the point. However in films like DISTRICT 9 and to a certain extent here, I see that violence used less as something to horrify, something to remind you life has weight, and more as just something to entertain you.

And that’s an odd and uncomfortable line for me as I get older, this violence as entertainment. I like to hold fast to this idea, old-fashioned I agree, of violence as a last resort… to save maiden’s from dragons, and the weak from the wrong.

But if we are honest this querulous occupation/obsession with the deification of the gun and the men who wield it is ingrained into the early days of our cinema and beyond. Past the Penny-Dreadfuls of the wild-west, past the cobblestoned tales of Victorian England, past the campfire myths and warrior songs, past gunfire’s birth, past the forging of iron, or the wielding of a bow, past perhaps even fire’s spark. Always the glorification of those who live by war.

All to say that we are a caustic and tragic tribe, that at its heart believes, perhaps too fervently, in the efficacy of the blood of heroes.

And for moments fleeting Stallone’s picture touches, perhaps only haphazardly on this, dark dichotomy of our age. Warriors devoid of any clean or simple or justifiable war.

It could be laid against me that I am reading too much into a simple action flick/ DIRTY DOZEN take-off (down to even the setup of the Generalisimo’s fortress), giving Stallone too much credit as a writer (the original story/script being product of Dave Callaham) but I think not. Stallone has proven himself quite an adept and manipulative writer throughout his career, and a fixer of ‘untrue’ scripts, ROCKY and FIRST BLOOD sensations of their time because they exhibit a very deep understanding of what moves us, of what… galvanizes us on an almost instinctual level. I don’t think there’s a more insightful writer/director working. He understands the human heart in a way that very few people do, and he understands the oft querulous nature— of hero. And I see his later films as a questioning of what becomes the hero, in an age where we have all (nations, and nation-states)… to some extent… embraced villainy.

But my concerns about the depiction of violence to the side, THE EXPENDABLES is a film that beneath the wall to wall action, manages to let each character shine, never an easy thing to do with a large cast, and more imbues the characters and the film, with real heart. It is an inarguably well made film, that hits all the notes, and I believe, even all the conflict it hopes for. A great film that I look forward to the director’s commentary, and making-of-specials, and adding to my DVD shelf. As well as interest in the already under preparation sequel. Highly Recommended. B+/A-.