LOKI– In many ways the first AVENGERS movie stands as the most important of the MCU films, up there with the first IRON MAN movie. The IRON MAN movie proved these individual characters could work on the big screen, THE AVENGERS movie proved a super-hero team, wide screen Comic Book level action, could work for the masses; proved That this concept of long form story telling in film… could payoff, and should continue.

After 22 movies, THE AVENGERS is still the movie I saw the most in the theaters, a record three times (I almost never see a movie in a theater more than once), and the one I had the most fun with. And that is because Director Josh Whedon delivered the film of his career, the writing was brilliant, actors and effects phenomenal, and the characters… literally the stuff of Myth. And the most memorable scenes of a very memorable film revolve around Tom Hiddleston’s completely crowd pleasing performance as Loki, that sets up such memorable lines as ‘Mewling Quim’ and ‘Puny God’.

Like the best of all Villains, the two other names on this list; the Loki character while wrong, there is something compelling and seductive, and relateable in Loki’s mania. Driven by some hurt he seeks to fix, some reason that reason knows not of, that makes him more than a stock villain, but someone more complex, and someone that in moments… seen from some angle, is understandable, if not approvable.

There is a reason Hiddleston’s Loki ten years later remains… beloved. Because being more than a stock Villain, means at moments he resembles all of us, he is capable of good, as well as evil. And watching Loki navigate that line, grow as a character, makes him more than villain and more than hero… it makes him… interesting.

KILLMONGER – There were a lot of MCU villains prior to Michael B. Jordan’s acclaimed turn as KILLMONGER, in the brilliant and ground-breaking Ryan Coolger helmed BLACK PANTHER, but none of them, not Red Skull, not Ultron, not Winter Soldier, not even Loki, had me deep into the movie… unmoored about who was right and who was wrong.

To do that in a film, to bring the audience with you into a questionable grey area where there are no more heroes and no more villains, but just principles of better worlds that clash in blood, that is some deep and epic and personal filmmaking, and to accomplish that in a large scale blockbuster superhero movie, is the stuff that awards are designed to recognize.

Hats off to all involved, but particularly to the way Jordan chose to play KILLMONGER, just unique and disturbing and yet another memorable character, from an actor who has quickly become one of the best actors of his generation.

BLACK PANTHER is a film that I loved the action in, loved the fight scenes, loved the story, loved the scale, but what really sets it apart from every other MCU films before it (with the exception of THE WINTER SOLDIER, which did it in a smaller way) is the sophistication of how it is told. The murky grey areas where good and bad become… unsound. It’s a great film, that becomes stronger every time you watch it. Like leather curing in the sun.

At the film’s heart it is a tale of fathers and sons, kings and commoners, and a question of whose vision of tomorrow… is most right. And that hinges on Jordan’s KILLMONGER, a lesser villain or a lesser performance, and we would be talking about a much less successful film. Which is the case with any film, a great film seldom does so, without a great antagonist; and Jordan’s KILLMONGER is one of the greats.

And now we come to the 1000lb Gorilla in the room, (it is an idiom used to call attention to an overwhelming or obvious  idea, finally being recognized – for those of you who may not be familiar with the expression) THANOS.

A CGI character that has been the big bad we have been building to in these 22 films. It is an unprecedented build up, the likes of which we will likely never see again. But boy did it pay off. Josh Brolin (son of the legendary actor James Brolin) has in the last two decades started forging his own legend, in films from NO COUNTRY FOR OLD MEN to AMERICAN GANGSTER to TRUE GRIT to SICARIO (look forward to seeing him in the upcoming Villeneuve directed DUNE and Sean Penn helmed FLAG DAY) he has been solidly delivering the goods.

But I think it is safe to say his THANOS is likely to be the role he is remembered for above and beyond all others, just based on the cultural and historic imprint these 22 films have carved out. You have to go back to Universal Studios game changing monster movies of 1923 to 1955 to get a run as formative and impactful as this current run of MCU movies.

And THANOS is the looming shadow that haunts these films, and in INFINITY WAR and ENDGAME Brolin’s Thanos gets to come out of the shadows and take center stage.

Again as buildups go, you will likely never see, in your lifetime the like again, a 22 film novel for television, that stuck the landing.

Much has been written on the character of THANOS and the sophistication he was written and performed with. following in the wake of Jordan’s KILLMONGER, here too is another villain where, to a lesser degree, you see the mercy in his madness, the humanity in his horror. He does and is going to do horrible things, but toward ends that we must all, at the end of the day judge as… understandable.  And it is the achievement of all involved from performers to directors to special effects to camera to makeup to lighting to sound, that in not one moment of INFINITY WAR or ENDGAME, not one moment of a CGI Thanos interacting with the other actors, do I question the fiction crafted. The vision is solid.

It is a 2 film culmination of a 22 film, 11 year unequaled and un-thought of cinematic achievement, and it sticks the landing. And Thanos quite rightly gets catapulted into the conversation of most iconic cinematic villains of all time, up there with Darth Vader, Dracula, Dr. No, Dr. Mabuse, Khan, Hannibal Lecter, Joker.

Thanks for looking, feel free to comment with your favorite villain or villains, and if you enjoyed this post give some love to this installment’s sponsor: 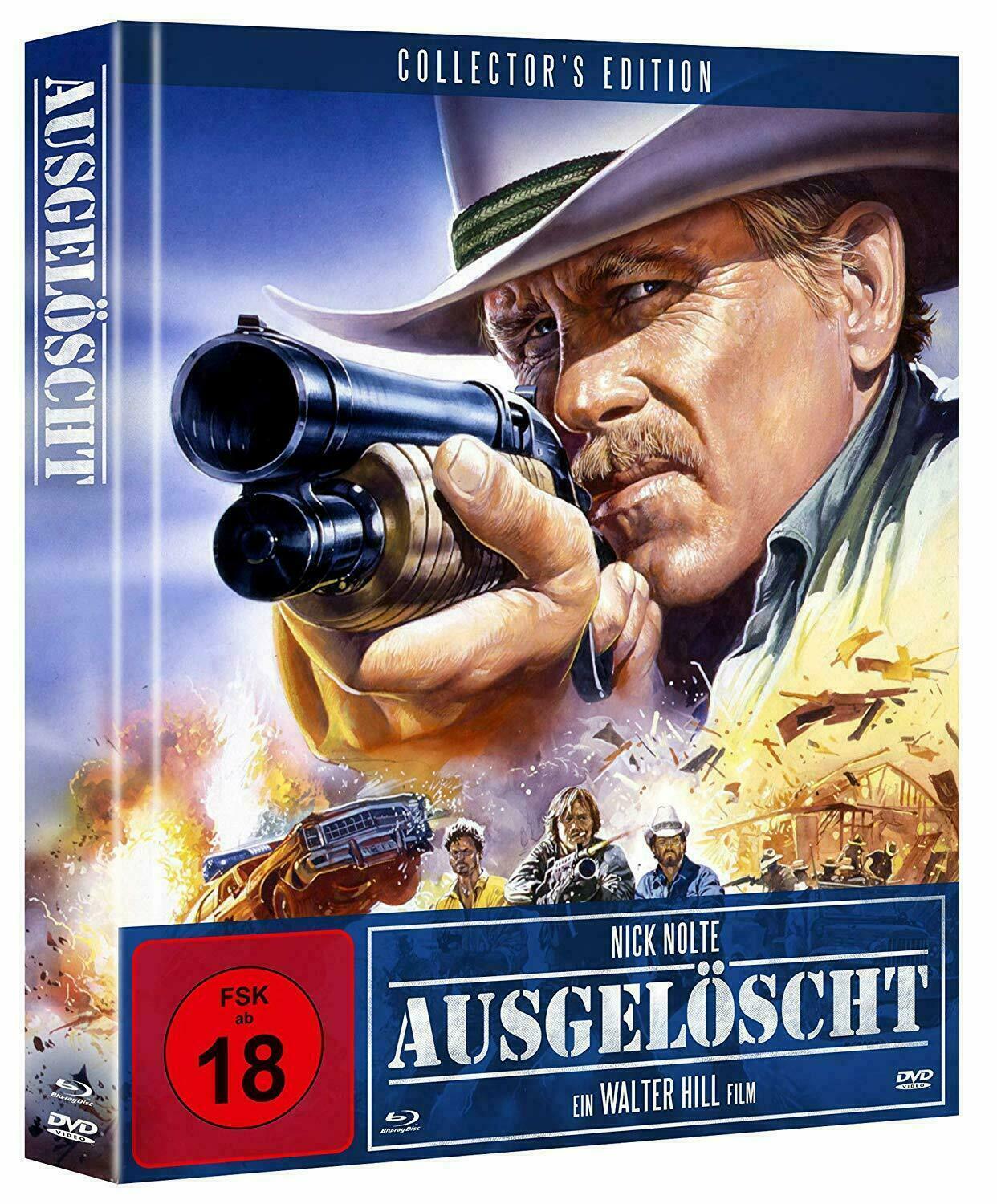 This is the last day to preorder books that will be shipping in December at a discount.

Here are my suggestions for the books worth your time:

Nothing. I can recommend nothing from Marvel Comics. Marvel is GROSSLY overpriced.  Save your money and either pick up these issues for a $1 or $2 each in a few months, when they are no longer new, from the secondary market. Or wait till they get collected into trade paperbacks and read them from your local library for free. Or buy them used online for a fraction of what getting the individual issues would cost.  I grew up with Marvel Comics, and i think they still have some fantastic creators I would love to read on a monthly basis, Ta-Nehisi Coates CAPTAIN AMERICA , comes to mind. After much hate from the moronic bigoted internet crowd, the moronic antisjw nazis, it turns out Coates CAPTAIN AMERICA is shaping up to be great. The same with just about anything Al Ewing touches. Unfortunately these great creators are sabotaged by a unsupportable comic price, and horrible editorial and marketing decisions.

The movies quite frankly are a lot better, and a lot less disorganized, stupid, and at times ingrained bigoted than the comics. The comics play lip service to diversity, and it is great to see creators like Coates and Walker get a chance to start their vision, but inevitably Editorial steps in and ruins/aborts their process/ending. The comics back pedal from everything to try to pander to the racist anti-change and anti-diversity mob, who typically don’t even read the comics they complain about.

The movies so far under Feige’s reign have embraced diversity with no back pedaling or moronic denigration that makes up so much of what goes on in the comics when it comes to characters of color (‘Oh Well we can’t have the Black Nick Fury be his own man. Let’s explain him away as the son of a White Nick fury.’ What????? Yeah this is the stupidity and racist great ideas that is happening in Marvel Comics, by there non-writers of color and editorial department.)

So yeah, so far the movies are actually better by far than the comics. So stick with them for now. Or until they start following the stupidity of the current comic books.

Unfortunately DC that was doing a good job of keeping their prices under $3 a comic, ever since hiring the trojan horse of Brian Bendis, they have adopted Marvel’s disastrous and customer offensive pricing policy. Of charging $4, $5, $6,and $7… for COMIC BOOKS!!!!

And I like Brian Michael Bendis as a creator, but I despise him as a shill for the company, and his arrogant frat boy attitude to companies milking the audience, and  his basic ‘ah they will pay the higher price. Lower prices do not sell.’ I’m ten years of proving Bendis is wrong. It is not diversity that is the cause of Marvel Comics’ inability to keep from bleeding readers, it is the bloody price of their books. Add to that the over abundance of ads, poor placement of ads, and atrocious paper quality and you have a company that is repeatedly slapping their customers in the face, then wondering why the customers are not sticking around.

DC will soon find they will have the same issue as Marvel Comics. They will keep the die hards for a while, the sheep who buy multiple issues and variants, and the speculators, but that is  a far cry from the millions of people a publishing arm of Times Warner should be reaching.

Besides their last $2.99 books, which word is they are going away soon… The only book over $3 that I get from DC, that I make an exception for, is Christopher Priest’s brilliant DEATHSTROKE. And that is going to change, as editorial has decided to reward the critical acclaim that series has received, by mixing it into their editorial marketing ploy, basically gutting Priest’s ability to tell unhindered stories with the character. Once Priest leaves, so do I.

So what is worth getting?