That state hasn’t been right since the Bushes moved in. 🙂 .

I’m going to give this ‘news’ story the in-depth analysis it deserves. “Bath Salts cause homeless man to go on zombie style face eating attack”? “CDC warn there is no Zombie uprising.”

This is what passes for news and journalism and the wisdom of our government in action?!

Playing up America’s paranoia and gullibility, to spin some stories about homeless f**kers hopped op on Bath Salts, turning into vicious face eating zombies. And the CDC plays into it by issuing their ‘denial’.

I don’t watch TV, or the 24 hour propaganda machine on spin cycle, which means I still have working brain cells left and can tell bullsh*t when I hear bullsh*t.

A cursory examination of the story, lends a far more probable angle.

Pharmaceutical companies, have been trying to privatize Bath Salts for years, for some silly notion that they can reduce its therapeutic effectiveness and make billions selling you a now ‘controlled’ and watered down version of what you can today get for free.

So how do you get people to give up a harmless therapeutic used for decades upon decades, and pay you billions? Well if you’re a billion dollar conglomerate, with the mass media in your back pocket, you whip out that new strain of LSD you’ve been working on, feed it to some mental defectives, and let them out the mental hospital (budget cuts you know) and let them do LSD tinged, mentally defective things, and your media rushes in to point fingers at the culprit in the corner, the proverbial smoking gun,… Bath Salts. 🙂 .

You now have a CDC and FDA approved public enemy number one. And the pharmaceutical company gets handed the rights to control, privatize, and going by their track record, make both useless and harmful … Bath Salts.

So pick your story of choice…

Bath Salts that your great, great grand parents were using, and has been used for generations since, suddenly turning people into zombies

Recent studies showing the effectiveness of Bath Salts as a simple inexpensive alternative to medications the pharmaceutical companies wants you to pay exorbitantly for, and so they trump up a reason to have Bath Salts outlawed.

I don’t know about you, but given the history of American greed and American atrocities in pursuit of greed, I always choose the answer that has the potential to make someone rich. 🙂

It’s a Machiavellian type of America.

However, it is a state that elected Jeb Bush twice. Perhaps they are all zombies. 🙂

(I kid! I kid! I love Florida! Would you believe like?)

“I mean it’s not that difficult.
It’s not brain surgery.
We become the things we obsess about.
A society that obsesses over monsters and the victimization of the other,
becomes a nation of monsters and victimizers.
A society that dreams of heroes
that save maidens, and stands against dragons
becomes that heroism.
America is in need…
of Nobler dreams.”— HT

There really is no competition here between the two collections of short stories. Stephen King when on, can write like a force of nature. 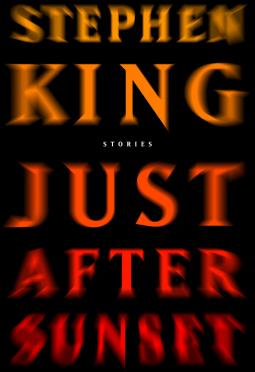 But in JUST AFTER SUNSET, Stephen King is not on.

Story after story fizzles against each other to create a collection that underwhelms. There’s a sense in these King stories, as in some of King’s novels, the sense of padding. Of words poured on just to have words, and the gist of the story stalled, till the mandatory word count is reached.

It makes for something of a chore to get through. The best way to describe the effect of JUST AFTER SUNSET is tedium. It’s a tedious, tedious read. One belabored story followed by another. 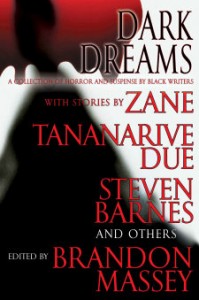 Thankfully Brandon Massey’s DARK DREAMS Anthology, while having its shares of misses (Kalamu ya Salaam’s story being one of the most egregious), on the whole is as fresh as JUST AFTER SUNSET is routine. DARK DREAMS’ pages are filled with enough strange, evocative and varied stories of the sinister and the savage; to make it a far more satisfying read throughout.

And I strongly recommend the almost sold out DARK DREAMS unabridged audio book read by a variety of great performers. A nice compliment to the paperback. Check it out here: Dark Dreams : A Collection of Horror and Suspense Unabridged Audio Book CD