Going on 80 years after some of these films were made, they are as crowd pleasing and watchable as ever. You can’t say the same for many of the A films, or serious films of the time, that tend to creak under the manners and etiquette and issues of the day—of a passed time. Whereas the genre films, particularly film noir, lived in this short-hand, heightened Americana of Extremes; of lust and betrayals and passions, that remain timeless and relatable and incendiary. Film Noirs, though of their time, lived in a world of light and shadows, that felt always ever present, and indeed almost prophetic… almost ahead of its time.

And perhaps no Film Noir highlights this as much, as Robert Aldrich’s 1955 masterpiece… KISS ME DEADLY. From the opening sequence, which remains one of the best opening sequences of any film, to the last scene of a world put on notice, Aldrich’s KISS ME DEADLY, in a genre that is style codified, stands out as the most stylish, and yet does so while also being one of the most substantive Film Noirs.

There is so much in this film, from how it is shot, to its location, to its soundtrack by the great Nat King Cole, to its performances led by the great Ralph Meeker, to its wealth of diversity, showcasing a city peopled with a diverse range of colors, and nationalities and ethnicity. People of color, with speaking parts, not shown as stereotypes but just as intriguing people, to the wealth of memorable female roles, to its brutality, to its depiction of its protagonist— that continues to make KISS ME DEADLY, unique.

Even in a genre of morally ambiguous anti-heroes that people Film Noir, Ralph Meeker’s Mike Hammer takes the cake. He is mercenary, brutal, sadistic, a user of women, he is a thug and a cad, but despite that, there is also something still magnetic about him, Ralph Meeker plays him in a way that I’m not sure any other actor could have quite pulled off, that makes you see him, as reflected nin the great performances of the four women that pine for his attention throughout the movie:  a cad yes, but a cad with something Quixote like somewhere beneath the smirk. That here at the end of the day, is a man who would if he could, fight dragons. This realization that despite MIke hammer’s failings, the things he fights against— are worse.

And something that is lost, even to ardent fans of this film, and because of just how much happens in every moment of this film, is everything that happens from the protagonist’s release from the hospital till the conclusion, happens in just four days. The amount of horror and blood and beatings and ultimately loss that happens, is a whirlwind, and becomes even more impressive when you take the time to realize this is a 96 hour period, from him getting out of the hospital till the end of the film.

Robert Aldrich made a lot of acclaimed films, this is without doubt my personal favorite of all his films. It is a masterpiece, full stop, owing its revolutionary plotline less to the source novel by Mickey Spillane, and by all reports (including the included 2011 alex Cox featurette) almost entirely to the groundbreaking changes and innovations introduced by screenwriter A.I. Bezzerides.

And Criterion has released this game changing film, in a definitive Blu-Ray presentation, from the mastering, to the extras, to the packaging and art design, it is a work of art, worthy of the film.

Yes you can purchase it on streaming. But for a few dollars more you can own it in a format, that does honor to your book shelf or media center, or living room.

Grade: A+. Highest Recommendation, for the movie and for the Blu-Ray.

And no, I won’t be upgrading this to 4K, or 8K, or 16K. I’ve got an up-scaling multi-region Blu-ray player, 20-20 vision, on a less than 65″ screen, this Blu-ray satisfies the needs of my TV, and of my eyesight. Beyond a certain point the search for more is a game of pixels and real estate, and moving the newest shiny model (to use car talk), and not quality.

Click the image below to get your copy, while still in stock. 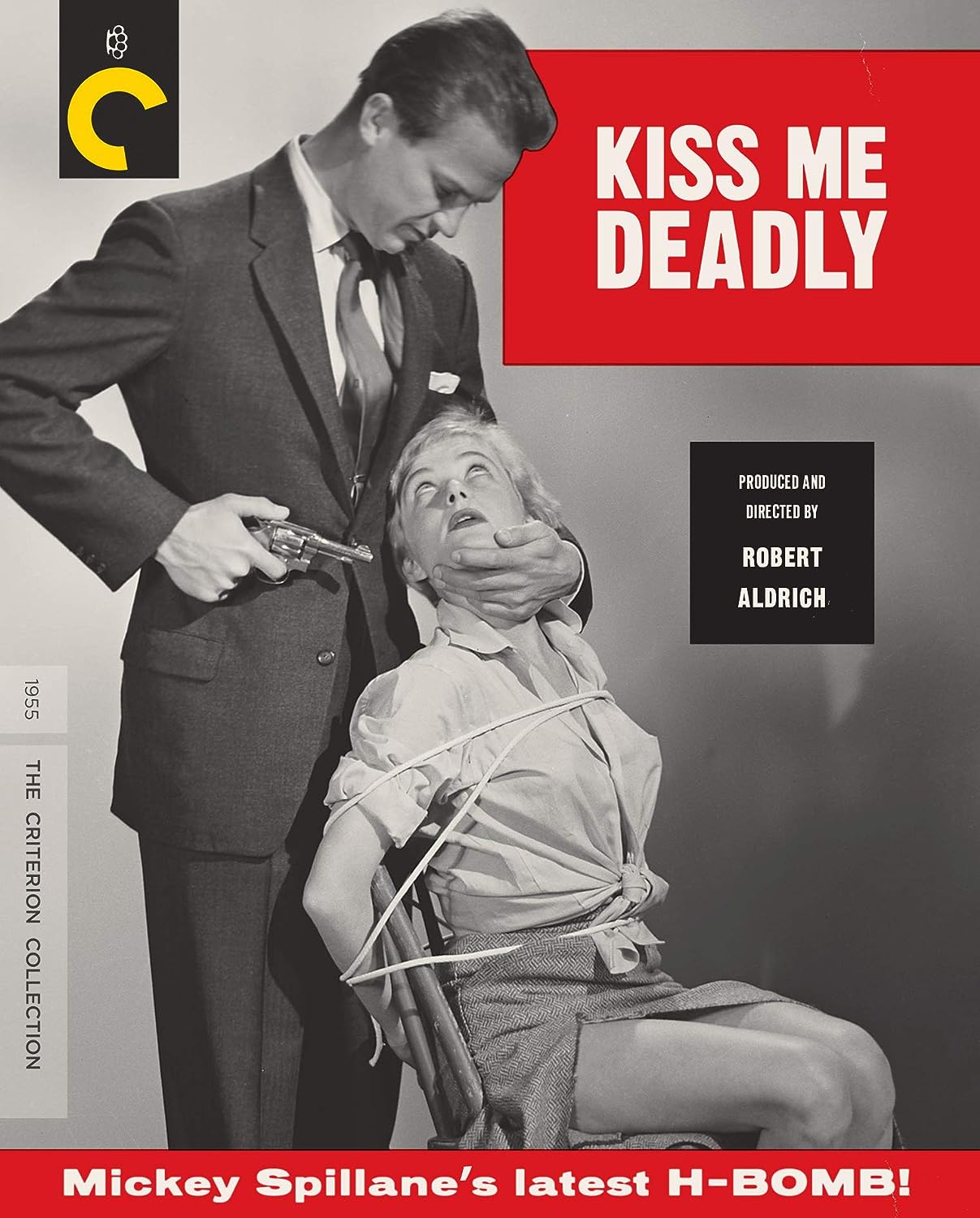