For the movie fans among you, here is one of the coolest T-shirts of one of the best directed cult movies of all time!

Definitely light-hearted, and zany, and cartoony in the best sense of the word, this film is a MASTER CLINIC on crafting film. This film, like upcoming films represented in my T-shirt series, deserves to be owned as tactile DVDs/Blurays. Go ahead and sample them via streaming, but own them via DVD/Bluray, because these are films, and special features, and Director’s commentaries that any true fan of cinema, will come back to often. And now you can do it while wearing the coolest t-shirt!

From The Grindhouse Cinema Database 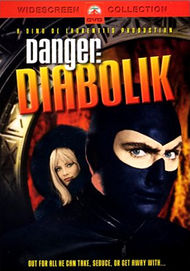 Unfortunately there is no Bluray of this film available, but the nearly out of print DVD, is top of the line and a must own for any fan/collector.Get it here:

As far as the T-shirt… get yours here: