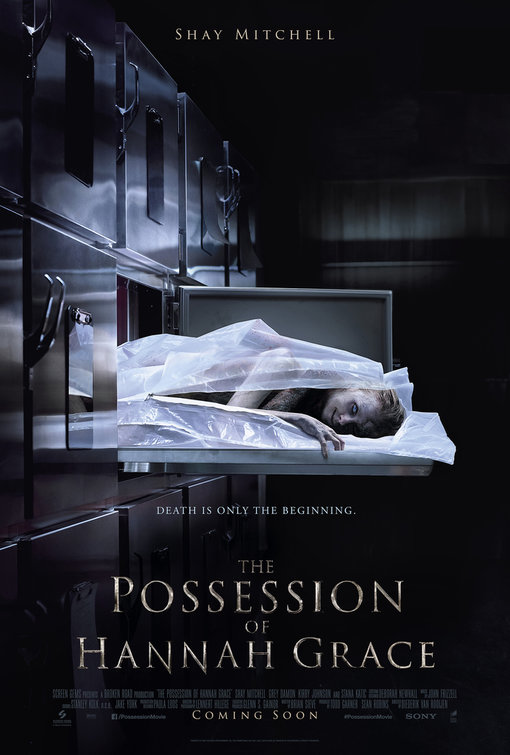 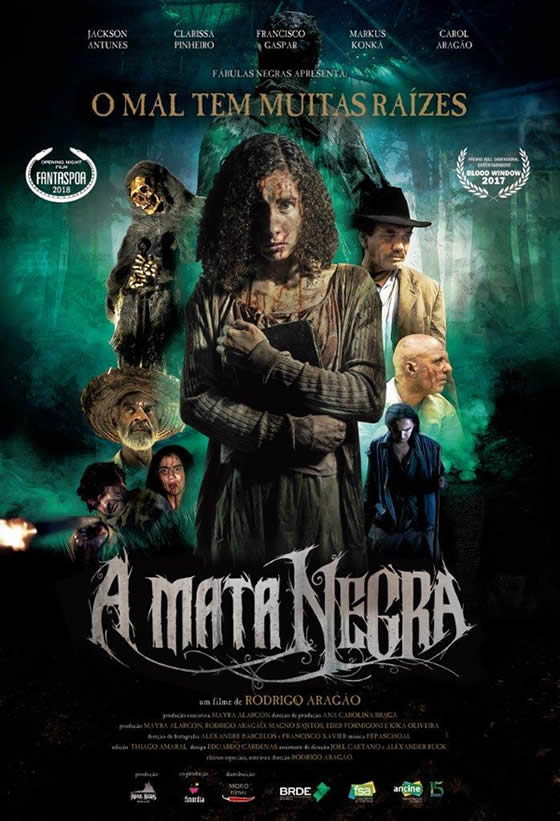 This film has intriguing visuals, Victor Salva creating another memorable movie boogie man in the Axe-Men, and the syncopated way they move.  However the movie gradually loses steam to a forgettable ending. Worth a look, but not a keeper. 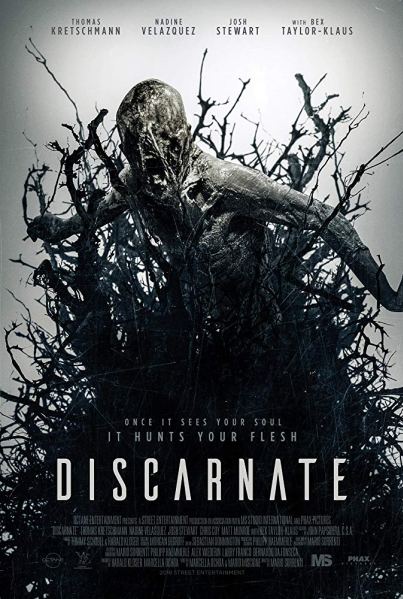 DISCARNATE is another movie, where the monster/monster design is unfortunately better than the movie it is in.

The movie is ok, worth a look, but I feel the creature is the most interesting thing, and the surrounding actors and plot, while talented, have the definite feel of very rote and not particularly engaging. When not on the monster effects, it all seems a bit by the numbers.

QUEEN OF SPADES – I have praised this movie before. A lot of other movies do the “kids daring each other to summon up things that go bump in the night” very few do it as competently, or intriguingly, or captivatingly as this film. Most of the time, it is just a bunch of stupid choices made by stupid people, followed by even more “lacking common sense” responses.

Yes we are entering the world of the fantastic, but even in that fantastic world, the responses have to be responses that we feel we would or could make in such fantastic situations.

And when the choices are even more fantastic than the premise, that is when suspension of disbelief breaks down, and we are done with the movie.

That is the problem with the vast number of horror movies. Not so here. You feel the path the characters are on, and the choices being made, are true to the constraints of the world and situation created. Huge fan of this movie. It’s a solid B/B+ of a movie. If you are a fan of LIGHTS OUT the short and feature (while this film isn’t to that level, it is not far off), give this one a try.

HELL HOUSE LLC- This has a bit of “people behaving not the way a rational person would behave in such a situation” vibe, it feels to me. However the movie keeps it moving, and slightly mollifies the protagonists stupid actions, by painting him into a corner, and when you feel you are in a corner, stupid decisions tend to trump rational ones.

Besides that, the movie is just well constructed, leading to the forewarned ending. Not a great movie, but a very good one. And one I can re-watch. One of the best Scare House movies (WAY better than the HOUSES OF OCTOBER movies) 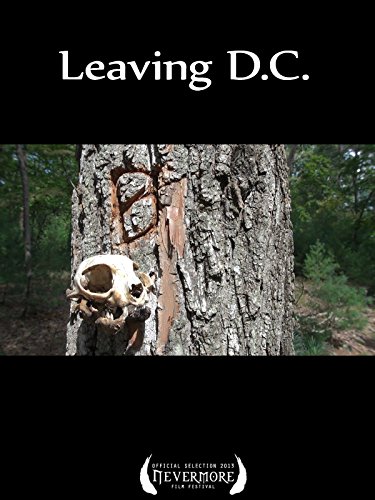 BAD BEN series – I can not even tell you how many BAD BEN movies there are. IMDB list at least six, however there may be some tangentially connected films as well. I’ve seen at least 4 of the BAD BEN movies proper, and starting with the 1st (LEAVING DC) I have been a fan.

Just a great series that has fun with the haunted house and found footage tropes.

It is not Shakespeare, does not take itself too seriously (well the first one is the most sinister and ‘serious’ of them all), but isn’t just played for laughs, it is told straight forward, but like SCREAM the protagonist is aware of the movie tropes, so it is a bit “inside baseball” fun to it.  But it is fun, and is better than most horror movies out there that trod similar ground, and that have stupid, unlikable 20-something protagonists.

Ben is a character you definitely like, and root for during his misadventures.

HEX– I enjoyed this film. Dire, and complicated, and horrible, and beautiful, and an ode to hatreds and conflicts… and the emptiness and wastefulness of those hatreds and conflicts. It is haunting, in the best and worst ways. Not a big film, or a great film, it is a small intimate film, yet there is something… great in it. Not as beautiful as THE WITCH but it, like that film, stays with you long after you see it.

With a title like THE SHE-CREATURE and being from the schlock days of 1956, especially with the poster art, you wouldn’t expect much from this film. But what people forget is even though the special and creature effects were in their infancy and it shows (that poster is everything that is wrong with this movie, selling the monster rather than the mystery), the acting and direction is actually very strong in a lot of these films.

And THE SHE-CREATURE is an example of real actors (past their prime in some cases, and in roles arguably beneath them, but still delivering that star power), beautiful direction and cinematography and an intriguing premise that includes (for 1956 and arguably even today) controversial concepts of hypnotism, past life regression, spiritualism,  and a palpable racial memory that lives on in our very genes, that hold up, despite the limitations of the creature design and affects.

The film would have been better served if it never showed the monster, or showed it only in brief glimpses (ala NIGHT OF THE DEMON) unfortunately selling subtle over schlock, was not an easy sell then or now.

So we have a movie that is actually engrossing, until the outlandish rubber suit monster at its core turns up. But despite the ludicrous of everything associated with the creature design, there is a brutality to the murder scenes that the monster leaves behind, that is ahead of its time.

And bottom-barrel rubber suit or no, the story and performances around it, keeps me intrigued enough to keep watching. That aside I still enjoyed my watch.

In-fact if you were to CGI in a credible monster, over the awful blonde haired sea-monster with boobies rubber suit (Those are words you do not expect to use together in a sentence. 🙂 . Even for the 50s that monster design is deplorably bad, and a bit inexcusable when people were able to do impressive creature designs such as CREATURE FROM THE BLACK LAGOON), or edit around those scenes, you would actually have a good little movie. So definitely not a must see by any means, but it is worth a look on a slow movie day. There are things to like about it, even in 2019 going on 2020.

So… 4 solid recommendations, and 3 not quite ready for prime time films reviewed for Halloween. If you have Amazon Prime, all the films are available to view at no cost. Come back tomorrow to see what makes the list on Day 11, of our Halloween countdown.