I have recently found quite a few great Youtube shows courtesy of the Youtube channel on Roku.

A new favorite is Earl Grey‘s simply superb PANELLOGY. Two of his older episodes that I just watched are episodes 85 and 86, and as someone who purchases quite a few hardcover books, especially of the graphic novel or collected edition variety, his two episodes are essential viewing. 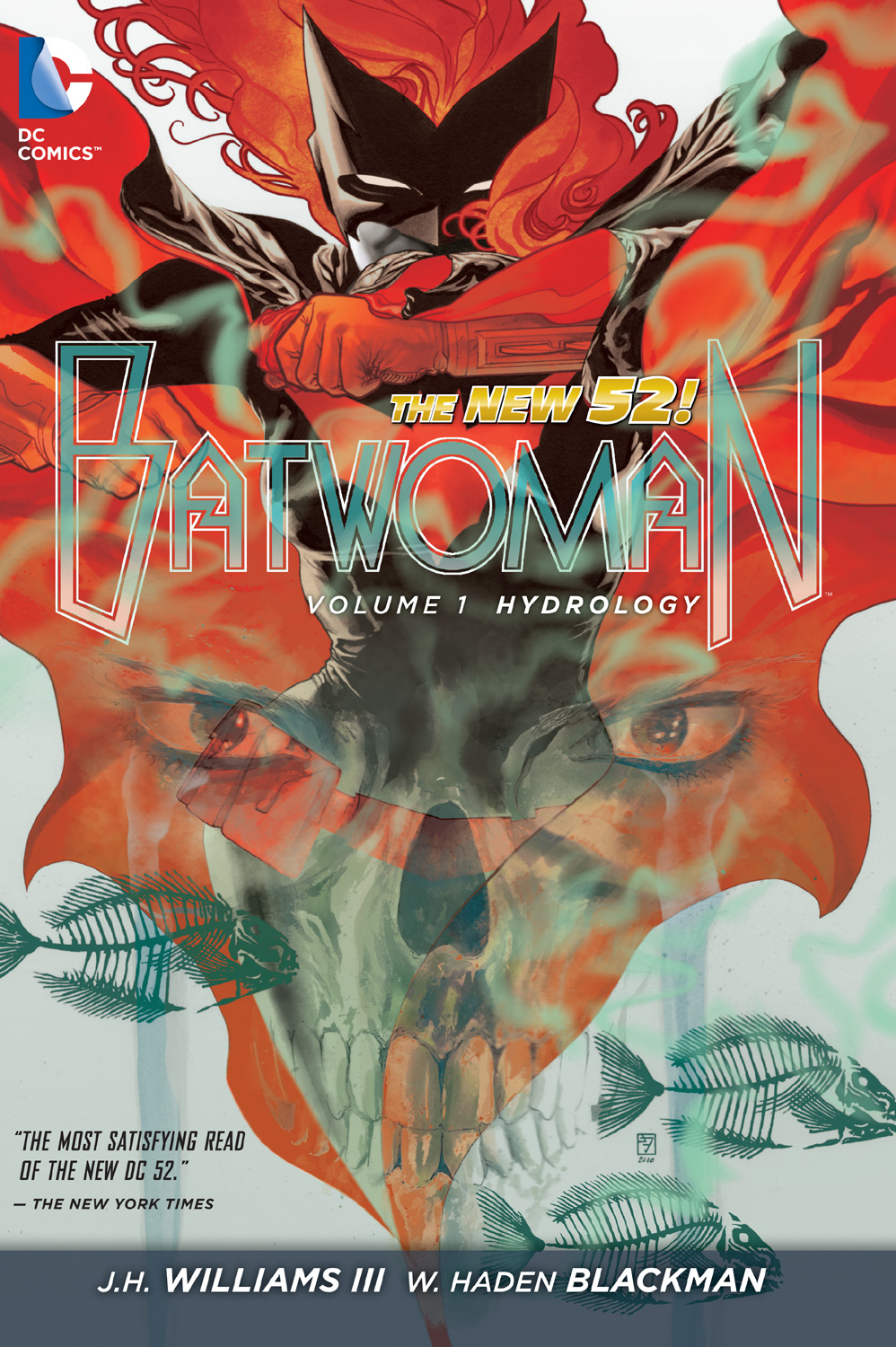 Earl Grey, you definitely should do more of these ‘issues with collected editions’ type shows.

“One of very few wide-screen productions filmed at the dawn of the talkies, The Big Trail was dismissed by reviewers of the day, little seen, and soon shelved and forgotten–for more than half a century, as it turned out. For movie buffs, it became a sort of Holy Grail. After all, the esteemed Raoul Walsh had directed, the early 70mm angle was tantalizing, and wasn’t this the movie that was intended to make a star of Duke Morrison, a 22-year-old former prop man whom Walsh had rechristened John Wayne for the occasion? For curiosity value alone, surely it rated a look.

Restored in the late 1980s and warmly embraced by film festival audiences… The Big Trail is now an authentic classic, and a swell movie. Probably always was.” –Richard T. Jameson, Amazon Reviewer

“This is a rare chance to compare the widescreen and traditional screen versions of the same film….and they were shot with separate camera crews at the same time. The 1.33 version is NOT extracted from the widescreen print. This is two entirely separate cameras and crews….the difference is amazing. The compositions are not the same, the lenses are very different and the directorial comparisons are a great lesson in Hollywood style. HIGHLY RECOMMENDED!” —- FineArtBuyer@Amazon

and support this Blog when you do so! Thanks!

With the AVENGERS film behind us, are there any other films worth seeing in IMAX?

That’s the question. It’s a bit of a trick question, in that if there was no uptick in price for seeing it in IMAX I would say go for it. Unfortunately there is a bump in the price, and even for the AVENGERS, which was fake converted to IMAX (post-processed, like every other film coming out for the rest of the year) the quality difference on an AMC “baby IMAX/fake IMAX” isn’t all that great.

Infact, I quite preferred the 2D version of AVENGERS.

It’s a preference thing to a point, but to another point it is about pushing back a little against the studios that want to foist these post-processed IMAX and IMAX 3D films on us, rather than actually filming in these formats, and then charge us like we are at a real 5-story, wraparound screen, 70mm, Science Center IMAX theater. That’s the problem I have with these AMC midget Imax theaters, they over-charge for a compromised viewing experience.

I have no problem with the gimmick of 3D, if priced the same as the 2D experience; the way it traditionally was done. But to pay more?

So, to the point, even the AVENGERS wasn’t worth paying more to see in IMAX 3D. But are any films this summer, worth seeing in IMAX or IMAX 3D?

None of the films… not PROMETHEUS, not EXPENDABLES II, not DARK KNIGHT RISES, not SPIDER-MAN could be bothered to shoot the film in IMAX (tiny portions of DKR maybe), much less IMAX 3D. So why the heck would you bother to pay IMAX or IMAX 3D prices, for the cinematic equivalent of a poor redressing of a set?

So for me, no I will not be seeing any other film this summer in IMAX or IMAX 3D.

[And as an aside, definitely call or web-browse ahead when going to the movies, because this is how they get you: they put 2D showings at inconvenient times so you get stuck with an IMAX or 3D showing. So as idiotic as it sounds you need to pretty much do homework to make sure you’re getting a 2D and not a 3D showing. I hate homework! 🙂 ]

Quite frankly there aren’t many films I’m that bothered about seeing in the theaters this summer, even in 2D. Like I heard one person say, “I like going to movies, I hate the people in the movie theater”.

I mean, do I have a sign-on me that says sit beside me? I either have to tell some old bat and her kid to not sit beside me and talk (I would be more forgiving if people in a theater with lots of seats, didn’t choose to sit right next to me with their foolishness), or I have to tell young punks to keep it down, or I have to tell the valley girls to stop texting and kicking the chairs… and on top of all that drama you want to charge me more for effed up, fake a** 3D?!!!

Heck No!!! Mother HT’s son ain’t having it!!! The studios should be paying me for the aggravation.

Okay, back in my happy place. Steering this boat back on track…

My take on the remaining summer movies: SPIDER MAN I currently have no interest in. DARK KNIGHT RISES, as I’ve previously stated I’m lukewarm on at best.

Only PROMETHEUS, EXPENDABLES II, TOTAL RECALL, and surprisingly enough ABRAHAM LINCOLN VAMPIRE HUNTER (I’m a fan of the Director, I enjoyed his WANTED, A case of a director’s vision trumping the writer’s source material— which I disliked) really have me excited to see them in the theater.

Some honorable mentions that look interesting/fun and I might see in the theater are CHERNOBYL DIARIES, BEASTS OF THE SOUTHERN WILD, THE BOURNE LEGACY, PREMIUM RUSH (the trailer for this looks GREAT, but I’m not sold on the director yet), and POSSESSION (also a phenomenal trailer).

If a movie is not on this list it could be an oversight, but more than likely it isn’t. It’s my way of saying that movie isn’t for me 🙂

Why don’t I tell you how I really feel? 🙂

No, but seriously, if you think I missed a summer flick that you think is going to be great, feel free to send me a comment. I’m always happy to discover another promising flick!

As always I’m reading several books at the same time. Things will slow down when I’m dead. :). In the meantime…

So here’s a bit of feedback on a couple I’ve been reading:

Dave Mckean’s PICTURES THAT TICK- Dave Mckean is a great artist, and quite a good writer in his own right as anyone who owns his magnum opus CAGES will attest. I’ll know I’ve found the love of my life when I find a girl who wants to stay up all night, sipping cocoa, listening to Sonny Rollins, kissing softly and taking turns reading CAGES. Awwwwwww…

But yeah, suffice to say, PICTURES THAT TICK is no CAGES. It’s a book you really have to be in the mood for to get anything out of. I find, having lived with it for a couple weeks, I just don’t find myself interested in it.

Your mileage may vary.

I’m hard pressed to find one story in the whole book i even like.

I jumped all over Stephen King for his short story collection JUST AFTER SUNSET, well I have to report that several stories in, I’m far happier with his earlier collection NIGHTMARES AND DREAMSCAPES.

I have the audio book and it is read by a bevy of personalities from Whoopi Goldberg to Tim Curry to Rob Lowe, etc. One of the highlights so far being his creeping evil story CROUCH END, just brilliantly read by Tim Curry (who will always be the best Sheriff of Nottingham in my favorite version of ROBIN HOOD, as well as PennyWorth the Clown in King’s IT mini-series). It’s one of those examples of a great reading helping to elevate something that may or may not sing quite as well on the page.

I’d recommend picking the audio book up, a huge monstrous thing, for that story alone.

Now get to reading or audio book listening. 🙂