I am still very much a child of Public Enemy and my my thoughts can be summed up as follows:

“If you heard I was celebrating… it’s a world wide lie!”

A country filled with people with no real sense of the country.

No sense of truth from lies. 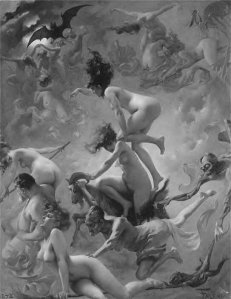 May Day. A celebration of the spirits and the woods, the jungles and the sea. A National Labor Day. A day of protests and unions. A day of fauna and fertility.

In all its incantations, I quite like this day.

How shall I celebrate it?

“To be poor in England in the eighteenth century was not simply a shame, it was a crime. English poor laws had been in effect since the fourteenth century, but while far from a new phenomenon, poverty had a special meaning as the empire became global. Before expansion into the new lands, the dirty and impoverished were something that the English elite simply had to endure. No matter how harsh the penalties for poverty and indolence, no matter how many perished from starvation or disease, there were always more to replace the unwashed masses. Now, with the discovered countries, England could unburden itself of its human refuse, recycling its undesirables as fodder for the construction of the empire. ” —Mat Johnson

I’ll finish up a few articles, go to an event tonight, donate some money. 1st May is always a day I renew my ties. A day I look at the state of the world, and try to decide if I’m positioned to the right or the wrong. You can’t take that as a given, you know. You being right I mean.

The playing field is always changing. Democrats to Fascists, Republicans to Nazis, Communism to thuggery, Democracy to Totalitarianism, the platitudes of a president covering up the violations of the venal. Entertainment as programming.

You see the side you were on in the night, may no longer serve you in the morning. May have turned on you… in the dark.

May 1st is always a day for me to… observe the board. To find causes that are in need, and needed. Political reform, Political Prisoner Activism, Pan-African Liberation, the dwindling liberties of the American Landscape.

And also it’s a day to find a new… thing.

These days my bar tab is less, and my liver is happier. 🙂 . But I still do the May 1st thing. I just swap discovering a new drink, for a new meal, or book, or flick, or club.

[ Quick aside: Speaking of books just got done reading THE BEST AFRICAN AMERICAN FICTION 2009. Quick synopsis the selections generally didn’t grab me. There is just so much material out there, that anthologies have to put their best work forward to keep my attention, and this one didn’t. Plus I hate the frigging term ‘african-american’. “F you and die” is generally the reaction that term elicits from me. It has been taken completely out of the unifying context it was first used… don’t get me started. Just stick to Black, or Nubian, or Pan-African, even Colored if you’re feeling particularly like getting punched in the nose, but ‘african-american’ ? No. ]

Last few Mays I’ve ended up in New Places. But being quite cheap this year, I think I’ll stick to the new writer, musician, or club thing.

I wish any of you who stumble across these… ramblings from the edge, in these new Heroic Times, a great May Day.

Observe your playing field, and treat yourself to something… new.

Problem with the world is old men, with old hates who raise the young, to embrace the old mistakes, rather than turning their strength to new solutions.

May Day is a day for new solutions.