GONE IN 60 SECONDS (1974) – This film has a legendary status, largely for the 2nd half of the film and its audacious car chase scene, but man is that first half of the film rough watching. It is definitely of its time, and you can appreciate how ground breaking it was at the time, for its insiders view of car theft. But with amateur actors, pedestrian camera work (the scenes at night are all but pitch black, and even during the day under-lit), dialogue all but unintelligible, and the plot a bit muddy, necessitating a lot of the awkward voice over in the film, it is not a great or even particularly good first half. It is definitely a film that was obviously pieced together in the editing room, especially the first 30 minutes.

However, despite these issues of film-making and acting, the underlying story is relatively simple, and relatively intriguing. A band of car thieves have a deadline to steal 48 cars for a client, a connected underworld figure, or suffer that client’s wrath.

And the film manages to get, despite its flaws, ever more engrossing; and nearing the hour mark you are solidly in insane car chase mode, and the car chase scenes, as opposed to the other scenes, are shot very excitingly and dynamically, and the movie burns rubber into showing you why it is almost 50 years later still a car chase classic. The passion project of H.B. “Toby” Halicki, a stunt driver/coordinator, who writes, directs, produces, and is the star of this film, doing all his stunts (one of the jumps nearly cripping him) this is the JOHN WICK of its day, but with cars.

The crazy, car destroying, city and highway and pedestrian involved and insurance defying extremes of this film, as the 2000 remake found out, you can not recreate today. We lack in our plastic, bumperless, age; the infrastructure to support… the anarchy of iron and the empire of steel, that Halicki called in every favor and every friend… to capture on film.  Today we can make better controlled and better looking Car Chase films, but we can not make crazier films. This is arguably one of the craziest and most audacious car chase films ever devised.

And likely GONE WITH 60 SECONDS (1974) will always remain a car chase classic, for the fact that we are moving away from an age where the car chase is even possible. A new generation of lojacked, and speed limited, and computer controlled cars, AI meets drone surveillance meets remote shutoff, will make the car chases in films like GONE IN 60 SECONDS… the stuff of fantasy. The stuff of legend.

And as America’s continuing love affair with the Western shows, it is nothing we love to hold onto more… than our legends of an open range.

So overall while not a great film, GONE IN 60 SECONDS has a great car chase, and is definitely a must watch for any fans of car chase movies. Also, while the chase in this movie is the stuff of fantasy, I like how it shows the reality of any such chase, in terms of not just destroyed cars, but damaged and dying people. I like how the film takes time to show the first re-sponders who have to cut people out of cars and put out fires. Grade: C+. Catch it courtesy of Amazon Streaming. 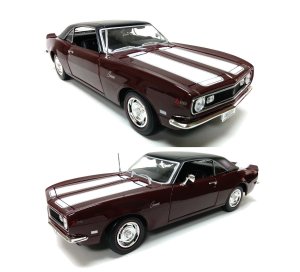 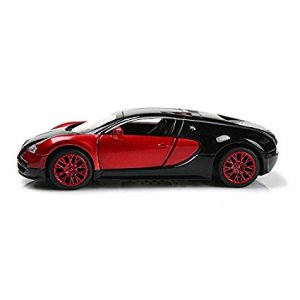 Last year I became a huge fan of the BBC car show TOP GEAR. Thanks to catching episodes of past seasons on Netflix.  It took a couple episodes for me to warm up to the show, but quite quickly the natural camaraderie of the hosts, Jeremy Clarkson, Richard Hammond, and James May  made a believer out of me.

The shows were just plain fun. So when news came that one  of the trinity was no longer going to be on the show, due to punching out one of the producers, and the other 2/3rds quitting to join him, I was dismayed. No more of the show that I had in quick order made a binge watch favorite.

And yes there was the American TOP GEAR, but the hosts there came off as annoying frat boys, making the show quite unwatchable. Nope it was clear that what made BBC’s TOP GEAR a long running hit, was the fun dynamic of the three hosts they had stupidly lost.

So when it was announced that AMAZON was giving the three ex-hosts a new car show, I couldn’t wait. Well tonight the waiting ended as the first episode of THE GRAND TOUR  dropped. And it’s great. Different but great. There are minor quibbles, the biggest being the absolutely awful ‘THE AMERICAN’ driver.

Their take on the very popular “STIG’ driver of TOP GEAR, but a very poor take it is. Being something of a very unfunny send-up of Ugly American cliches.  The ‘AMERICAN’ is very annoying, very unfunny, and is a bit that hopefully they will pull the plug on in short order.

That aside, the rest of the show and the skits and the cars and the banter of the hosts is great! And the opening sequence is quite frankly awesome. A welcome premiere and looking forward to the upcoming Friday release  of new shows!

One of the black eyes for the Obama administration was the massive expenditure of taxpayer’s money that was paid out to save a bunch of mismanaged wall street companies that should have been allowed to go under for their, in many cases, excess and greed and incompetence.

One of these notorious companies that received hundreds of millions in taxpaper funding, was Fisker Automotive. This was the company that was hawking the 2011 Fisker Karma, a $100000 eco-friendly car that was going to be TESLA on steroids, but with a Green-Peace spin. Leather that was supposedly sourced from Happy Cows, cows that were kept as pets and died naturally as opposed to being raised and slaughtered for their skin. Yeah I know, ludicrous, but that was the pitch they were spinning back in 2011. 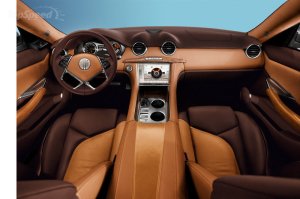 And the car inside and out, did look drop dead gorgeous. But the company never got past selling an image to actually producing the car.  The company consistently was somehow unable to translate not only the promised half billion dollars in tax payer money, but the millions more in pre-orders sparked by interest in the Karma, into a successful production run.

So end of the day you were left with a few people who did receive the car and were not entirely satisfied because the car would stop running or catch on fire 🙂 , many more people who did not receive the car at all, and were very unhappy, and Fisker Automotive that declared bankruptcy in 2012, a year after touting the future of electric and eco friendly cars, walking away without paying back hundreds of millions of Tax Payer Dollars.

Well that company is back in 2016, now renamed Karma Automotive, and backed by a Chinese firm. and touting a new car to be announced this July or August. Fisker Karma looks like a dream of a car, but the reality was a little bit more nightmare the last time.  And when someone has burnt the taxpayers once for hundreds of millions of dollars, I’m far less likely to want to give them another chance. No matter how they rename the company.

So I’ll leave you some images of the dream that was Fisker Karma (now Karma Automotive), a dream that TESLA seems the closest to living up to.

The 2015 concept for the THUNDERBOLT looked stellar in images, but ultimately like other touted Fisker projects ended up coming to naught. And this one very nearly had car company Aston Martin go all James Bond on them, but with a law suit rather than a PPK.

This one is a concept car called the Ford Mustang ROCKET  that Fisker did for a 2014 autoshow. Fisker is definitely very talented at customization, in building or rebranding existing cars into souped up spectacles. Where their fault may have lied was in thinking this made them an automotive manufacturer. The latter is a designation that continues to elude them.

For more on Fisker Automotive and Karma Automotive, read the following:

Directed by John Hough this 70s road thriller and petrol fueled powerhouse is a sleek, adrenaline inducing, justifiably acclaimed masterpiece of the genre. It is to car and road movies, what JAWS is to shark movies; the standard by which all others will be judged.

Wonderfully performed by Peter Fonda, Vic Morrow, Susan George, but particularly Adam Roarke as the taciturn mechanic, this film in a word is… Awesome! Great direction and editing, phenomenal stunts that even in the age of CGI or especially because of the age of CGI remain… jaw dropping; and a wonderful script that is an evocation of the times, and a loving homage to the road movies that came before.

You can currently watch it for free on streaming, but once seen you are going to want to own this movie. It is too good to leave it up to the vagaries of streaming licensing deals, your ability to see this baby whenever you want.

Get it on Blu-Ray here, while you can: Dirty Mary Crazy Larry / Race With The Devil (Double Feature) Blu-Ray

IDG News Service – Google is known for setting ambitious targets for itself, and it’s apparently making no exception for self-driving cars. Such “autonomous vehicles” will be a reality for “ordinary people” in less than five years, Google CEO Sergey Brin said on Tuesday. Read the whole story here.

For my money they can keep their computerized self-driving cars. You think computer crashes and viruses are a problem today, how much more of a problem will they be in a vehicle going 60+ miles an hour?! And beyond that how much of our lives and our responsibilities must we bequeath to machines? And I say this being someone who fixes computers.