In the age of Digital when traditional DVDs are going the way of the dodo, Steel-books are just getting more and more popular. Here is this installment’s STEEL-BOOK of the day: 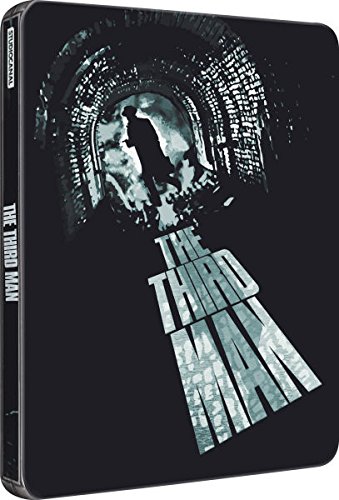 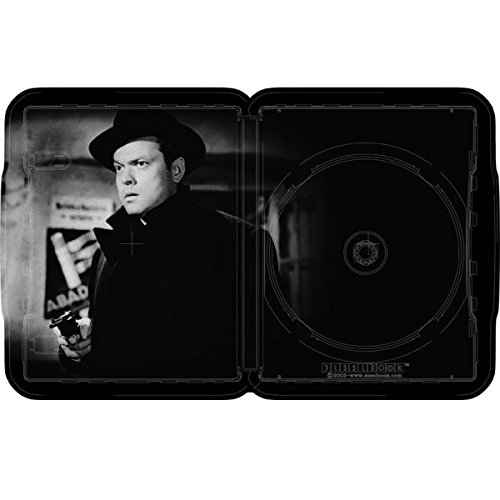 Credited to Carol Reed, Orson Welles directorial hand is all over this one. In my opinion Orson Welles’ finest film, and that is saying a lot considering his masterpieces like CITIZEN KANE, MAGNIFICENT AMBERSONS, LADY IN THE WATER, OTHELLO, CHIMES AT MIDNIGHT and the list goes on. And if any film deserves the upscale Steel-book treatment… it is this one. And this one offers a stellar transfer, commentaries, and great features.

Get yours here! (Use this link and get a great item, AND earn a couple very appreciated pennies for this blog):

If you liked this post, please support this blog using the links below: 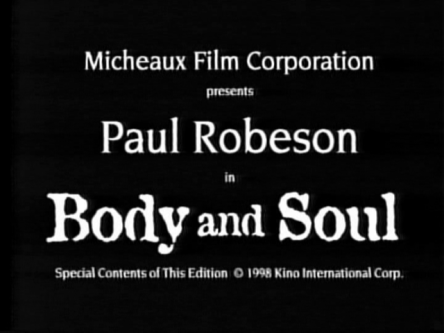 I find both of these films very odd, and both very daring and challenging for the times, but neither particularly satisfying.

Of the two Murnau’s FAUST is by far the better known, well… as well known as silent films get, with numerous re-masterings and expensive restorations done, and new scores routinely crafted for it, and volumes of critical analysis written, and the darling of film courses everywhere. 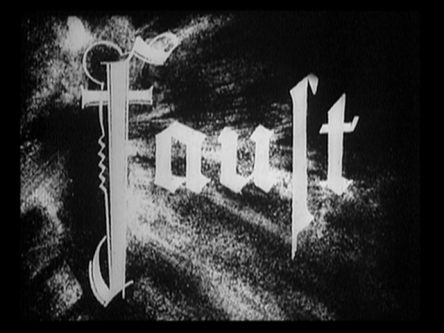 And while I’m a huge fan of F.W. Murnau’s SUNRISE (Sunrise along with Erich Von Stroheim’s GREED, and a handful of others, is considered, rightly I believe, one of the greatest silent films ever made); I’m not as enamored of his FAUST. The technical wizardry for the day was ground breaking, but FAUST, for me suffers a couple of flaws we’ll get into in a moment.

Because flaws aside FAUST has maintained a level of attention, accolades, and restoration to be envied, while Oscar Micheaux’s BODY AND SOUL, has pretty much become an invisible film. No restorations, no re-masterings, and fairly unseen and unknown.

Which is a shame because the two films make an interesting diptych on religion and carnality and the suffering of women; the almost crucifixion of women at the hands of a dismissive, patriarchal society. And they both offer intriguing performances by their respective female leads. 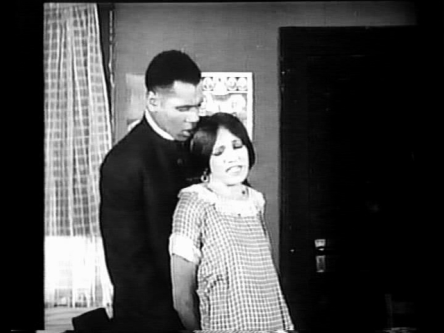 BODY AND SOUL, is one of the few surviving silent ‘RACE’ pictures (Pictures created by and for Black audiences and the thriving Black movie theater circuit that comprised 600 black owned theaters [as opposed to the half dozen in existence today], popular in the years from 1915 to 1928) and as such, is an intriguing and historically important part of both cinema and highlighting the cultural fabric and concerns of the day.

Well kids, read the entire article(14 pages approximately) in the excellent EPUB format (the beautiful defacto digital book standard, perfect for your E-reader, Ipad, Nook, Archos, or just about any other decent tablet or ereader device). or I can also provide it to you in PDF format (readable on your PC, Laptop and kindle).

I’m doing this for my more lengthy and popular articles, because one it’s a far better presentation, than a web-browser, I like the look and smooth browsing capabilities of the Epub format, and providing you with a higher quality reading experience helps me generate income for this blog, so I can keep producing some nifty content. Take a gander I think when you see what is being offered, and the ridiculous cheap pennies it’s being offered for, you’ll want to go ahead and get one for your Ipad or Kindle or Archos or other Ereader.

Thanks again for looking and thank you in advance for supporting. It really does make all the difference.