THE GOOD WIFE – all seasons 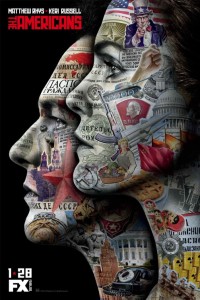 CURB YOUR ENTHUSIASM – All Seasons

BETTER OFF TED – All seasons

DOCTOR WHO – many seasons

Well Happy Holiday or non-Holiday to all my followers and random surfers!!

Hope you guys are having a stellar weekend so far, and a stellar Sunday to close it out!

I thought I would mention a few items, beyond the obvious, that occurred on this day that I found interesting:

These statistics courtesy of History Orb.

What strikes me, in looking at the upcoming movies for the rest of the Spring is there is a shocking lack of films that are not stupid mean-spirited comedies or stupid mean-spirited 'thrillers'. There is also a staggering lack of diversity, as with the exception of Samuel Jackson, and one Blair Underwood film, you can pretty much slap the label "All White" on every single film coming out this spring and be not far wrong.

Films or television shows that recall the 70s where you could have numerous characters of color in significant roles (that's key) both in front of and behind the camera are few and far between.

That said, movies with characters of Color in lead roles, not just as tokens or secondary characters, get made all the time, both domestic and foreign.

You can see them at the film festivals. Unfortunately they just don't get picked up for distribution.

Brilliant ones such as the Cuban made EL BENNY, which is one of my favorite films of the last ten years. And the fact that most of you have never even heard of it, much less seen it says volumes about everything that is wrong about America's monopolized and color conscious theatrical and DVD distribution system. "Oh this film has more than two people of color and it's not a comedy or a 'mama drama'? Nah, we're not distributing that movie."

Of course not. That would take away theater space from films such as the umpteenth AMERICAN PIE idiocy. 🙂

So if that's what I'm not looking forward to, you may ask "what, that is making it to theaters, looks interesting?"

Answer: a few look intriguing. Not necessarily good, but perhaps because of Director or Star or in the case of KEYHOLE premise… at least interesting.

Here are the posters of ones I'll be keeping an eye out for this Spring:

KEYHOLE- Genres: Drama Thriller Language: English, French
Synopsis: After a long absence, gangster and father Ulysses Pick (Jason Patric) arrives home to a house haunted with memories, towing the body of a teenaged girl and a bound and gagged young man. His gang waits inside his house, having shot their way past police. There is friction in the ranks. Ulysses, however, is focused on one thing: journeying through the house, room by room, and reaching his wife Hyacinth (Isabella Rossellini) in her bedroom upstairs. The equilibrium of the house has been disturbed and his odyssey eventually becomes an emotional tour, as the ghostly nooks and crannies of the house reveal more about the mysterious Pick family.
Haven’t seen a trailer yet, but the description/premise intrigues me. Seems a bit experimental and potentially original.

THE CABIN IN THE WOODS- Written and produced by Joss Whedon, this film looks to be a genre bending flick from what little I know of it. Count me interested enough to find out for myself.

SAMARITAN- This looks like a nice little crime thriller, but the trailer gives away pretty much the entire film. But that aside I’m still interested in seeing it. I would just urge people to avoid the trailer.

With walking lobotomies like 21 JUMP STREET hitting screens, March is shaping up to be one of the most uninteresting movie months in a while, with tons of films that you would have to pay me (and quite well) to sit through.

However there are a few being released in the next 60 days that may potentially be interesting.

THE CABIN IN THE WOODS- Another first time director helms this Joss Whedon produced horror/thriller.

LOCKOUT (2012)- Two relatively untried directors helm this Guy Pearce vehicle. Not a fan of Pearce but also stars actors Lenny James and Jacky Ido, so it may be worth a look. 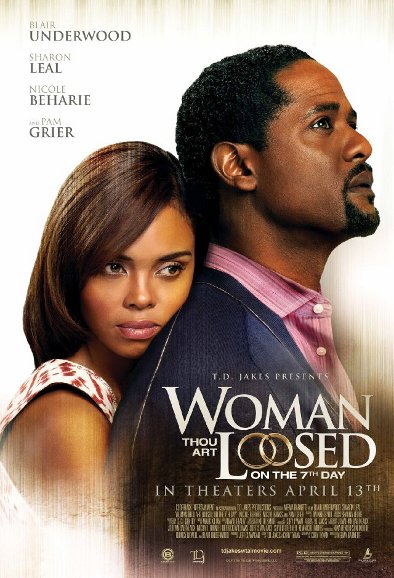 WOMAN THOU ART LOOSED: ON THE 7TH DAY- I saw the trailer for this, and it looked surprisingly good. I typically don’t go for these ‘message’ movies. They generally give me a swift pain, but the trailer on this looked more like a decent thriller, with some good performances. Plus it actually has a director with some experience (albeit TV experience), namely Neeema Barnette.

THE RAVEN (2012)- Now speaking of experienced directors James McTeigue is a proper film director, with roughly a film every 2 years since 2005’s V FOR VENDETTA, followed by THE INVASION, NINJA ASSASSIN and now the much delayed THE RAVEN. None of his movies have wowed me but they are all at least intriguing. And while THE RAVEN has a plot that sounds more than a bit like they poorly ripped off Marc Olden’s novel POE MUST DIE

, and I’m not a John Cusack fan; however being about Poe, the film should at the very least be… intriguing.

THE RAID (2012)- Gareth Evans, with this his third feature film (previous two being MERANTAU

), is gaining notice as a director of disturbing yet elegant films of violence. If the trailers of THE RAID are any indication… Mr. Evans may have a hit on his hands. An uncomfortable, violent, and perhaps morally suspect hit (police raids, and police brutality as entertainment doesn’t sit too well with me. Sets dangerous glorifications of fictions, that run the risk of being formative to our facts)… but a hit none the less.

If you’ve done any business on line, such as buying flowers or books or utilizing job search sites among other activities, more than likely you’ve received an email from various companies saying your data has been exposed.

The official story is Epsilon, the uber-firm, that contracts with major firms to handle their email correspondence, and by its own estimation sends out 40 Billion email messages on behalf of its powerhouse clients, among them Target, Walgreens Citigroup, was hacked and the email addresses for the clients of these vast firms were… siphoned off.

It amounts to easily millions upon millions of affected customers. And right now all Epsilon is admitting to is the theft of email addresses. Though logically it would occur to me that any hacker group adept enough to smash, hopefully stringent security, walked away with a lot more than just email addresses, up to and including real names, full addresses, and credit card #s for a start.

This is the problem with consolidation, with a monopolistic mindset. Increasingly all our data is congregated through a single provider, which also as this example shows translates into a single point of failure, a potentially catastrophic failure.

So instead of the bad guys having to hack 200 different companies, in the age of information consolidation, and monopolistic data aggregation, all they have to do is get by one company’s defenses… and everything comes tumbling after.

This latest, and arguably greatest, data leak, reinforces the need for more checks and balances, and better and more stringent privacy and information controls. And indeed less consolidation of same. Instead of companies outsourcing everything to increasingly fewer providers, bring these sensitive data services back in house. And besides abuse from without, I’m also concerned of the potential for abuse from within. All that data and info, subject to a single company’s policies can be an unpleasant personal liberty nightmare waiting to happen… again.

I think in an age of FACEBOOK and YOUTUBE and TWITTER we may need to recognize the obvious detriments to such easy dissemination of information and perhaps be a bit more wary about what we share and why. And more importantly what is done, and who controls the things we share. Perhaps be more aware that what we give up in exchange for this ease of online dialog may be nothing less… than ourselves.