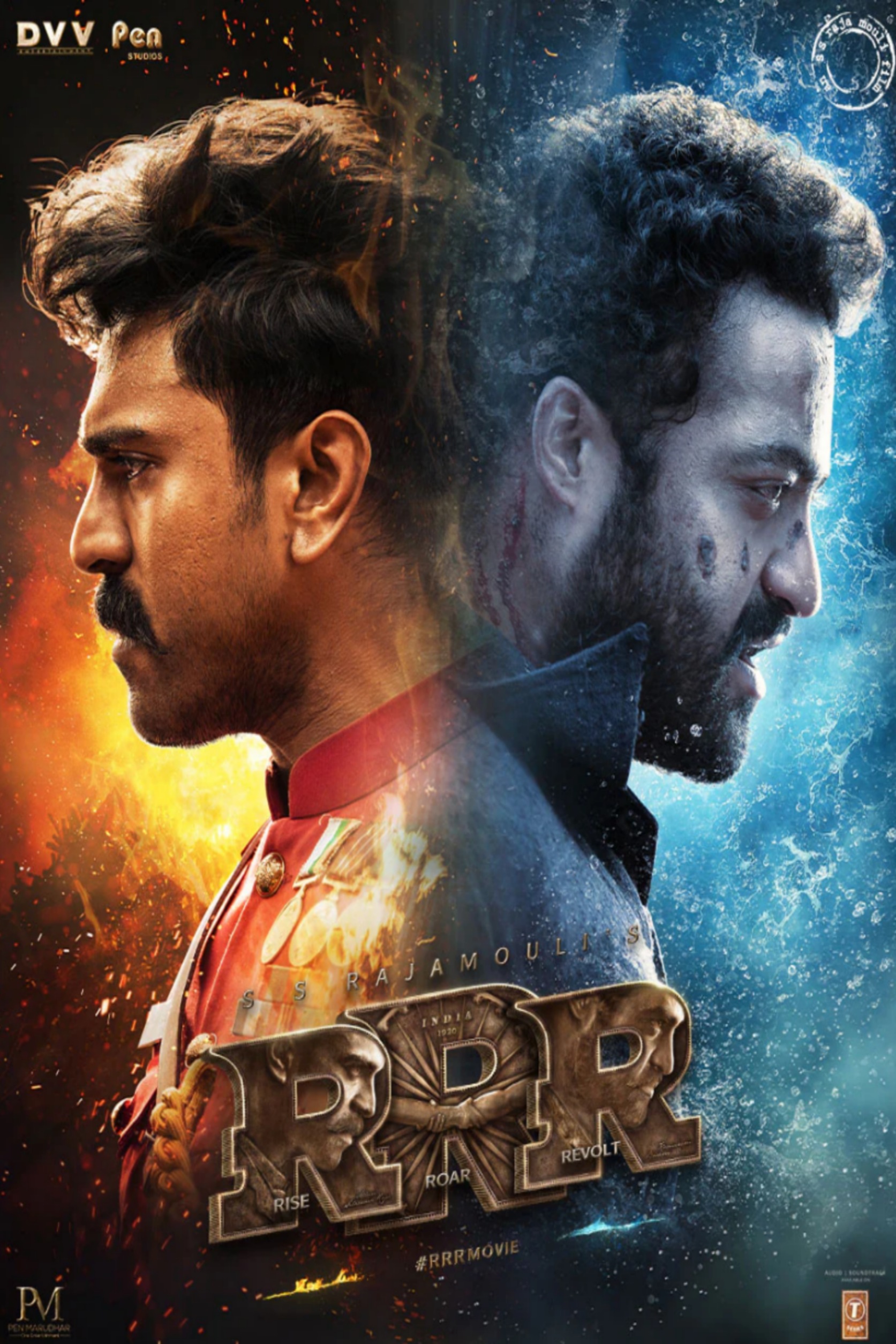 RRR (2022) aka RISE ROAR AND REVOLT – Let me start this review by saying, generally Bollywood tinged films have not been for me. Not the biggest musical fan at the best of times and the musical numbers in the Bollywood films I have seen tend to be pacing wise at odds with the film around it. And at times the performances, and story extremes, can to those raised on Western cinema, particularly of the neo-realist bent, seem like farce.

The emotions and antagonists in Eastern films, tend toward extremes to the point of caricature. Particularly the bad guys tend to be unredeeming and of the mustache twirling variety. Not to say Hollywood movies do not have their share of one note villains, but these beats of farce and unsubtle villains tend to be a preference in eastern films, to include Bollywood films. Because of that the Bollywood films I have tried tend not to hold my attention. There has been a rare exception or two. RRR is the best exception I have found. While it veers into some of the issues of farce and one note villains, the spectacle and the story and the high level of filmmaking is enough to transcend those usual sticking points.

And the musical numbers when they do come, are so pivotal to the story and the storytelling, they are some of the highlights of what from pillar to post, is a surprisingly great film. It is a 21st century answer to John Woo’s seminal THE KILLER, arguably one of the 10 best action movies of the 20th century, RRR actionwise and in terms of its emotional beats, the great love between two friends who find themselves on opposite sides of a cause, and the share audacity and genre pushing extremes of its filmmaking; marks itself as THE KILLER for the 21st century.

The direction by Director/Writer S.S. Rajamouli is nothing short of jaw dropping on this his 12th, and by all descriptions, best film.

Any nation that can make a film like this, this epic and this joyous and this proud of its identity is destined to greatness. It reminds me of the best of Russian and German and even American film-making, when those countries dreamed in celluloid of unity rather than fragmentation.

Highly Recommended. I’m hoping to get a Bluray of this film soon.