The 1992 film, with Mamet adapting it from his own play, is a bit of an outlier in that it is the best thing by far James Foley has ever directed, and nothing in his filmography has come close to it. By comparison David Mamet’s directorial career was solid before GLENGARRY GLENROSS, and continues to be solid since.

I think that is one reason it really is viewed as David Mamet’s GLENGARRY GLENROSS, as opposed to feeling Foley as director put his signature on this film. Much like THE THIRD MAN is more an Orson Welles film than a Carol Reed film.

“David Mamet’s screenplay considerably expanded his script for the play, providing more context for the pressure placed on the salesmen. Notably, Alec Baldwin’s introductory speech was added as well as Jack Lemmon’s phone calls to clients and the hospital, plus his sales call to the man with the fishing rod. Many consider the screenplay to be superior to the text for his Pultizer-winning stage play. The film version is often transcribed to stage now.” –IMDB.COM

What works in THE THIRD MAN is signature Orson Welles, including the scenes, speeches that he created for that film.

The same is felt here, in this seminal film…GLENGARRY GLENROSS.

Best version of this film to own in physical media. Comes with three commentaries! 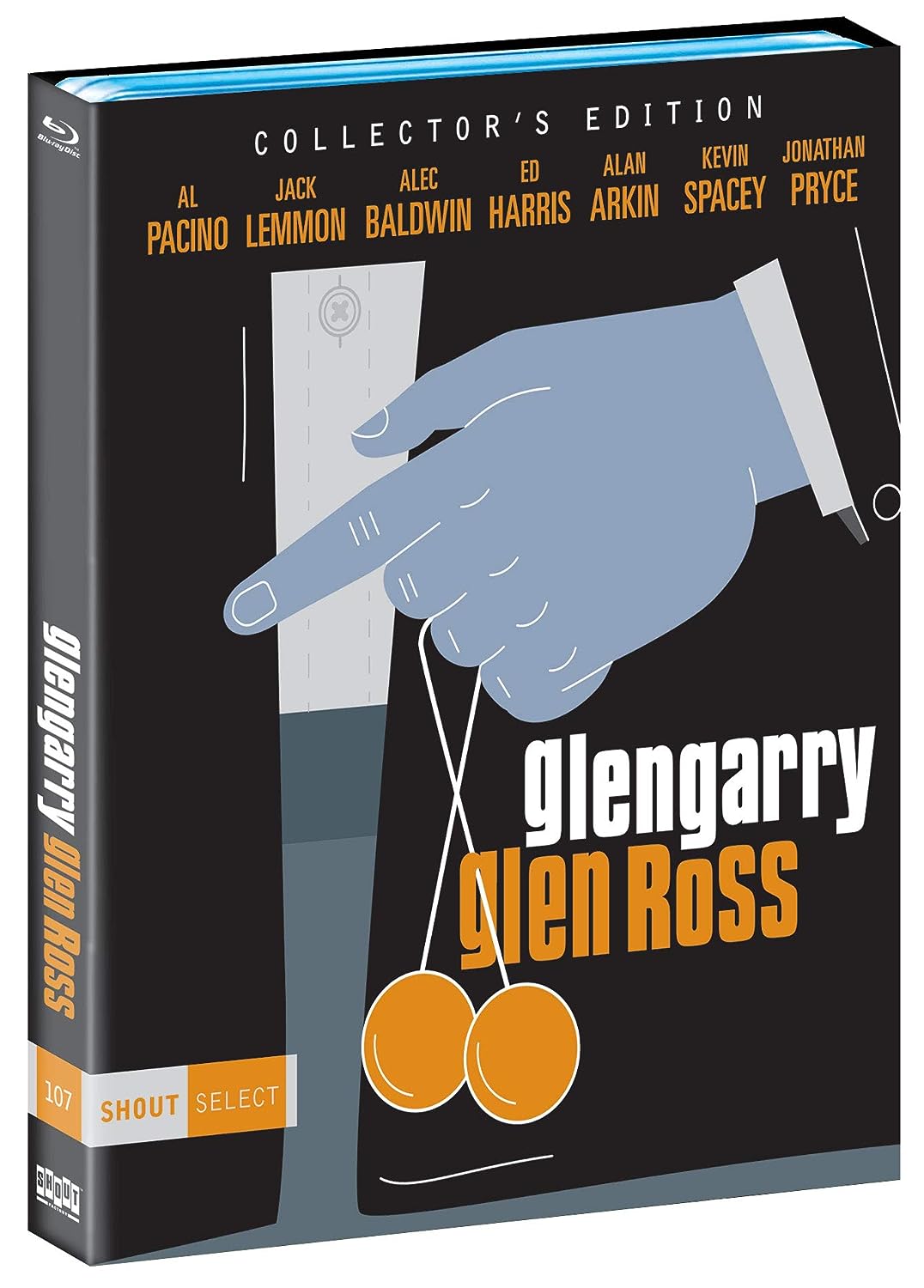