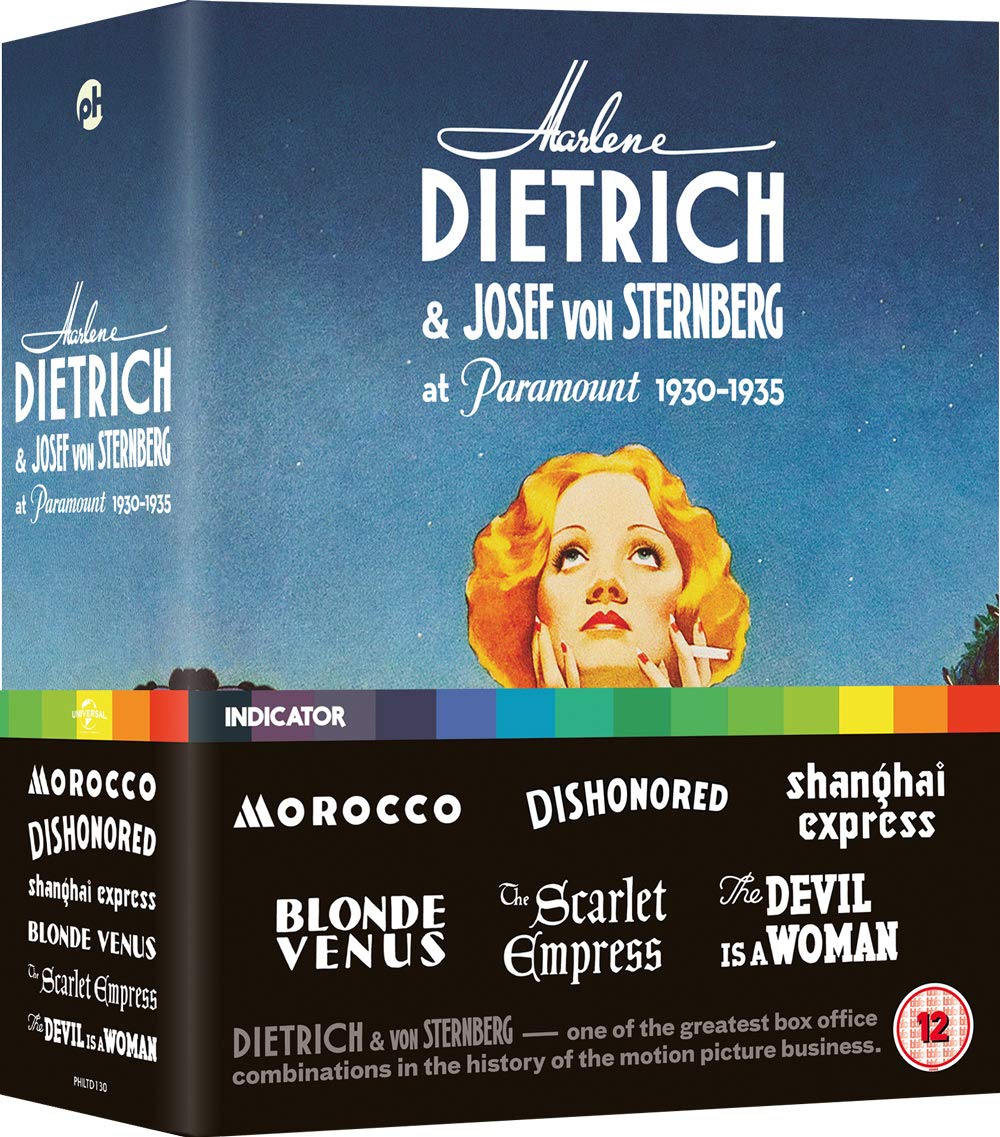 I’ve had this boxset for a year or so, but am just now finishing all the films and all the special features. I really had no interest in Marlene Dietrich or Joseph Von Sternberg, or this boxset.

Just as an art object, I thought it was one of the most beautiful looking boxsets I had seen, but I had a hard time spending money on 6 romance films, that I likely wasn’t going to like, based just on the boxart.

So I did not buy it when it first came out, or for the first few sales over the following year. What got me to finally decide to purchase was I picked up a movie from Joseph Von Sternberg, not starring Dietrich, called THE LAST COMMAND. 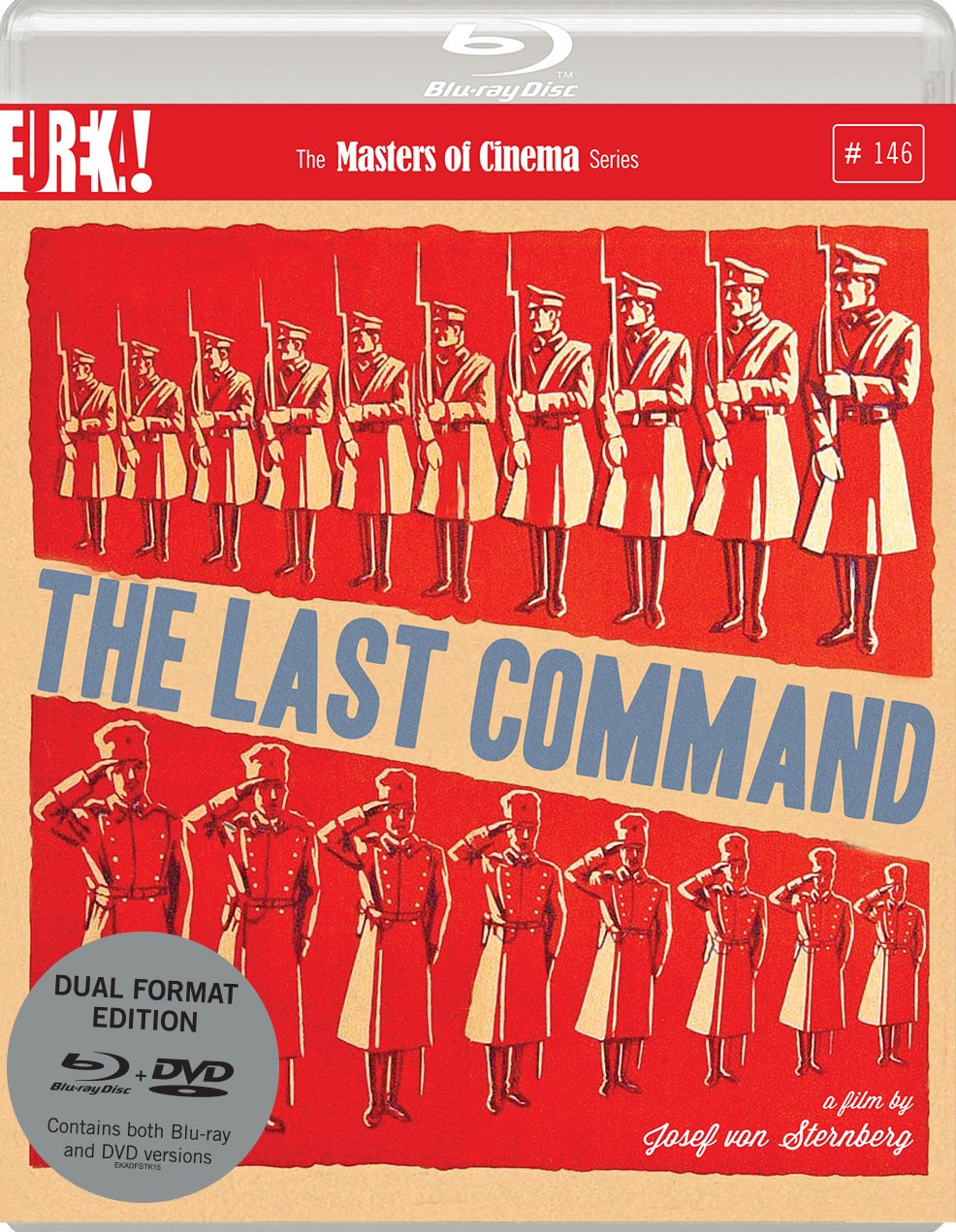 And I was BLOWN AWAY.

This was from frame one, a master Director, his composition of shots, use of camera movements, beauty of the frame. I felt watching that film, the way I felt discovering Welles’ CITIZEN KANE or David Lean’s GREAT EXPECTATIONS or The Hugh’s Brothers MENACE 2 SOCIETY, it made me LOVE cinema.

Each time. Each film.

They made me a lover of cinema, and a devotee of that director.

So following up on THE LAST COMMAND, Indicator’s MARLENE DIETRICH & JOSEPH VON STERNBERG Boxset became a must buy.

Now having lived with this Boxset for over a year, seen the films and the special features, and I can confidently say it is one of my favorite purchases of the last couple of years. And the films, are not what I thought. They are about romance yes, but they are about more… they are about drama, and war and intrigue and loss and hope and sacrifice.

Small Melodramas, of the pangs of love, told against the backdrop of events great and small. But more the film is a showcase of a passionate union between a star a director and a costume designer, and together they created glamour, in the original definition of the word, a sorcery– a construct of beauty, for an age that needed it.

Together they moved the needle, they defined iconic.

This Boxset from Indicator, likewise moves the needle now, and is iconic and a must own.

Click the images for more info, or to pick up a boxset of your own. Criterion has a region A boxset of its own, the content with the exception of some of the special features is largely the same. The difference is the quality of the box part of the boxset. 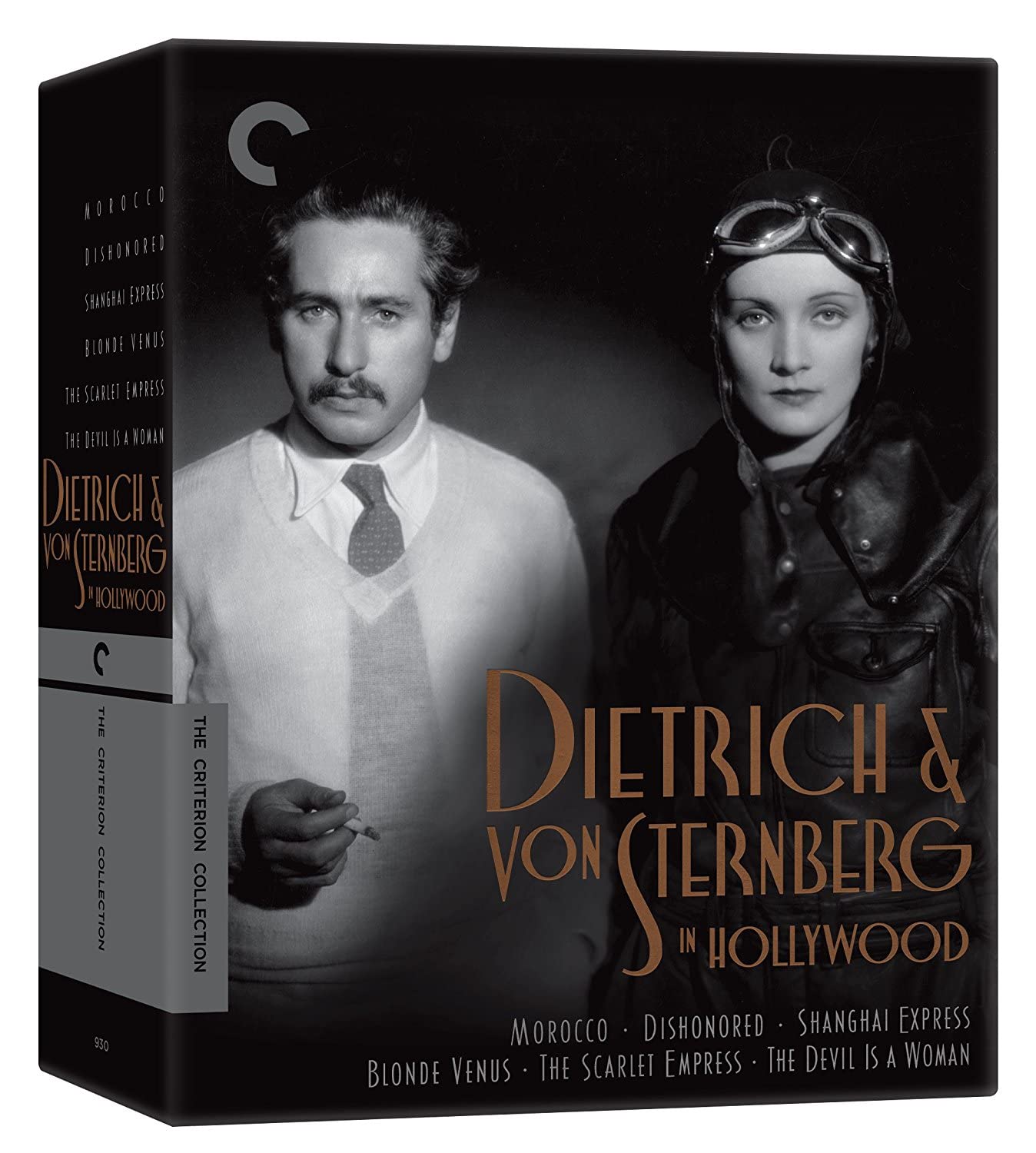 The Criterion release sports boring, uninspired stock photo with not especially interesting typography for the box art, and a really cheap, thin cardboard box, Whereas Indicator commissions lavish, stunning painted artwork for their boxset, and the quality of the box is a durable, thick solid, not easily dented or warped box.

One is a work of art made to endure and be worthy container for the films within, one is not.

But if you just want to watch the films, and are not concerned with quality of the box part or the boxet, or want the features that are not on the Indicator set, than by all means pick up the Criterion set as well.

However if you can only get one, Indicator is the one to get.

For another, and more comprehensive view on the boxset check out SOLITARY RONIN”S simply essential coverage at the link below. If you are not subscribed to SOLITARY RONIN you are missing out on what I genuinely consider, one of the most informed and most informing channels on film you can find not just on Youtube, but anywhere. He and a handful of other channels are a film-school in a box. So definitely do yourselves a favor, subscribe to him and check him out.

Till next time… be well.

“But I think it’s safe to say the six films they (Director Joseph Von Sternberg, Star Malene Dietrich and Paramount’s Lead Costume Designer Travis Banton) made together during this five year period produced some of the most remarkable images, most stunning costumes and iconic moments of cinema history.”–Nathalie Morris in the Sarah Appleton helmed and Samm Dunn and John Morrissey produced 2019 Indicator Special Feature, STYLING THE STARS (can be found on the Indicator DEVIL IS A WOMAN Blu-ray, part of the Marlene Boxset)