So my first movie viewing of 2022 is one that came into my 3D collection in the last couple of weeks of 2021, and I am just now getting a chance to give it a spin on my 3D projection system. 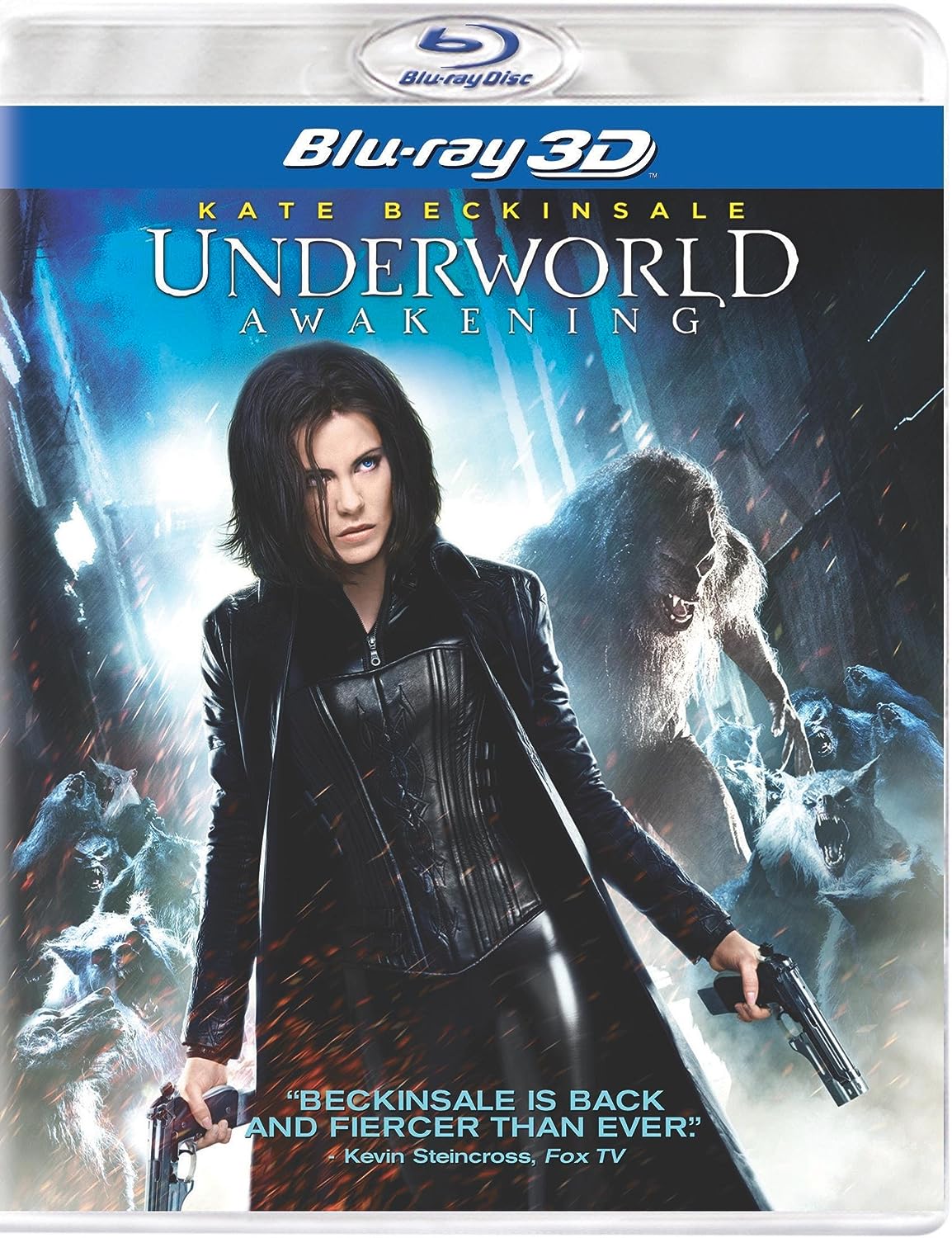 I am speaking of UNDERWORLD:AWAKENING. The 3D Blu-ray reviews on it were mixed, so I thought I would find out for myself. Generally the 3D is very similar to the quality of the movie, okay but nothing great.

I am a fan of a good creature feature, and even CGI laden werewolf transformation scenes are always fun to watch. You kinda know what you are getting with this UNDERWORLD franchise and this one delivers what you would expect.

Regarding the 3D, a couple of things really work against stereo imaging, even for natively shot 3D. Dark or underlit/dreary/ low contrast scenes, particularly night scenes, being one of the nemesis of good stereoscopy and poor shot compositions that flatten out the depth rather than accentuating it, being the 2nd one. A film like the first DOCTOR STRANGE… people tend to confuse great visual effects with 3D, when in actuality DOCTOR STRANGE has (for the most part) deplorable 3D, sporting both dreary, underlit scenes and poor/flat compositions.

This film, UNDERWORLD AWAKENING, is not flawed to that degree; it actually has good shot composition– designed to make use of 3D, but is hampered by the fact that 90% of the film takes place at night or in low light situations, effectively undermining the very separation you are trying to get in a stereoscopic movie.

Still there is enough 3D to be noticeable and given the choice I would much rather watch this film in even muted 3D, then without. So worth a look. Grade: C- for the movie and C- for the 3D. 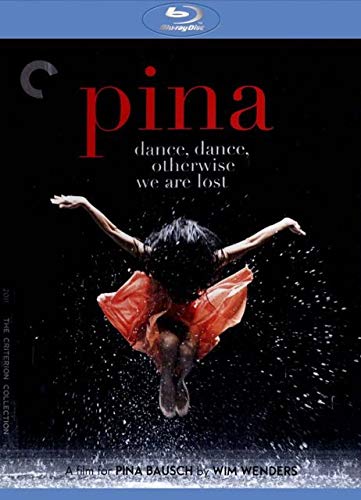 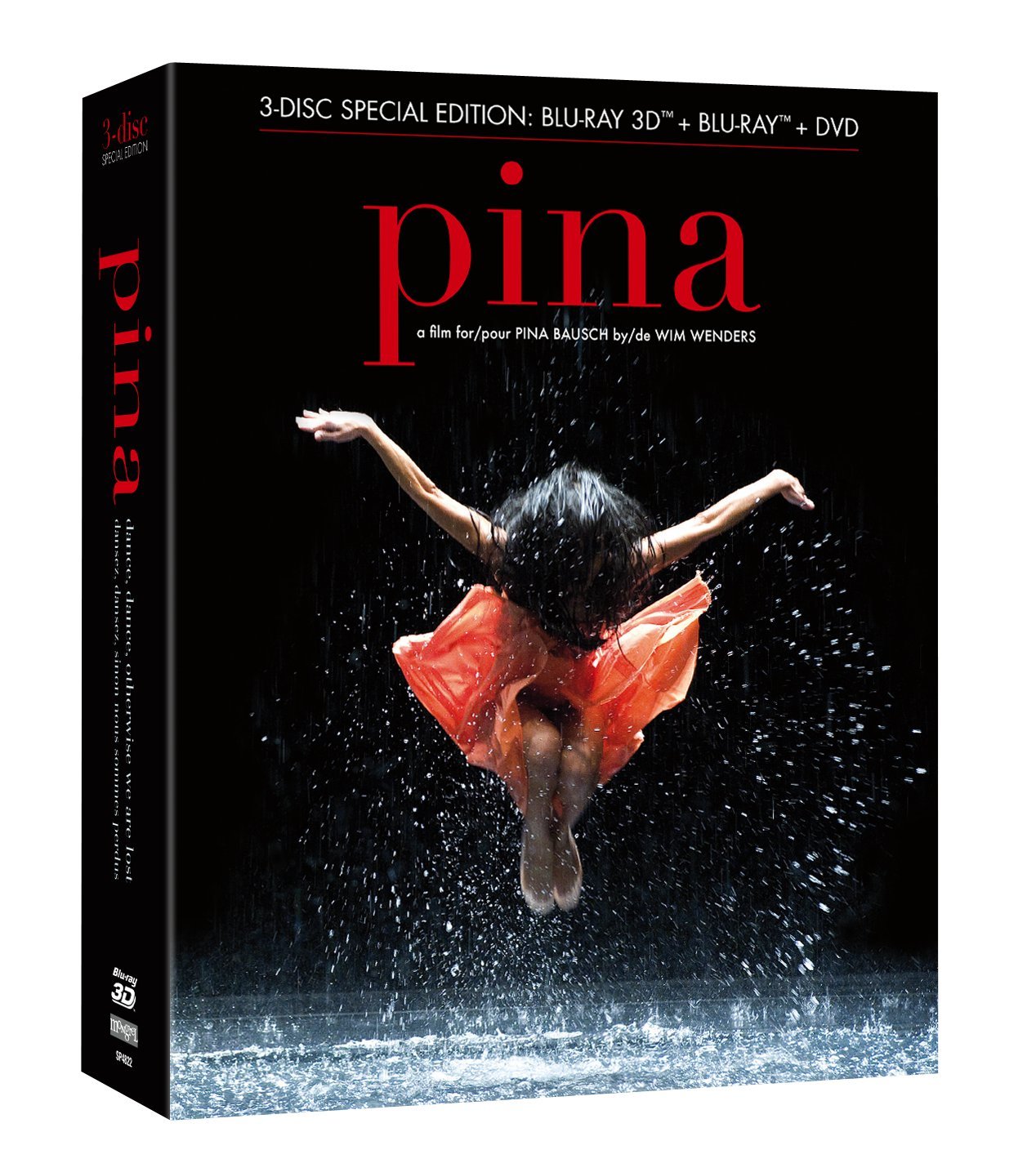 I knew very little about the film PINA, before watching it today. I knew it was the only 3D release that seminal Boutique Blu-ray company Criterion has released. I knew it was in some way to deal with dance.

Now having seen it, I completely do not understand how this film is virtually never mentioned, even by die-hard Criterion experts and fans. This is clearly one of Criterion’s best and most essential releases.

PINA, by the great director Wim Wenders, is at once a love letter to a calling — a vocation, while also being as moving an eulogy as one person has ever had. It is a dance troupe’s love letter to their guiding star, choreographer Pina Bausch, and as great and effective and affecting a use of 3D as I am likely to see all year.

What LIFE OF PI was able to do for a fiction film, PINA does for documentaries/performance art, making the 3D more than a gimmick, but an indispensable part of the storytelling process.

The doorway sequence close to the end is one of numerous excellent uses of stereo imaging, but may be my favorite of the whole film, as they break rules in that shot, moving the camera, as the actors move, as all the layered doorways seem to move, it is a brief moment, but it helps your idea of reality tremble for a moment, and what more is magic but that.

As a fan of theatre, great theater is hard to translate to great film. While a fan of ONE NIGHT IN MIAMI the film, it pales to the power and immediacy of the theatrical presentation I saw. The same with nearly every version of RICHARD THE III I have seen, they pale to the experience of having attended a walking theatrical play of RICHARD III , conducted at night, in the rain, following the actors in an out of decaying edifices, with roofs gone, and nothing to stop the heavens to bearing witness. Great theater is hard to match.

Very rarely does that happen the other way, where the film can capture or surpass the theatrical presentation.

A few come quickly to mind, Branagh’s HENRY THE VTH (1989), Anthony Harvey’s THE LION IN WINTER (1968) and this film, Wim Wender’s PINA (2011) while not an adaption of any one performance, but rather the overview of a troupe’s body of work, offers an immediacy in how the camera is used, and the stereo imaging is used, that allow the artists to communicate with you in a way that transcends, perhaps by a little — perhaps by a lot, anything that you can experience sitting in the best seats of the best traditional theater.

PINA becomes therefore great film, and even rarer a great and essential 3D film. Grade: A. a film that must be experienced in 3D, and a must own film.

p.s. THE CRITERION RELEASE OFFERS A MAKING OF, THAT IS ALSO IN 3D (SOMETHING I HAVE NEVER SEEN BEFORE), as WELL AS A COMMENTARY. THIS FILM HAS A WEALTH OF CONTENT FOR NUMEROUS VIEWINGS and REVISITS. A RELEASE I LOOK FORWARD TO ENJOYING FOR YEARS.

“Dance. Dance! Or otherwise we are lost.”

These reviews were conducted using 3D Blu-rays, a region free 3D compatible Blu-ray player, and a short throw, full HD, 3D compatible short throw projector (Essential for a flexible/portable system) offering at least 3000 lumens, and high contrast, and active DLP glasses (one of the most important parts of any system).. 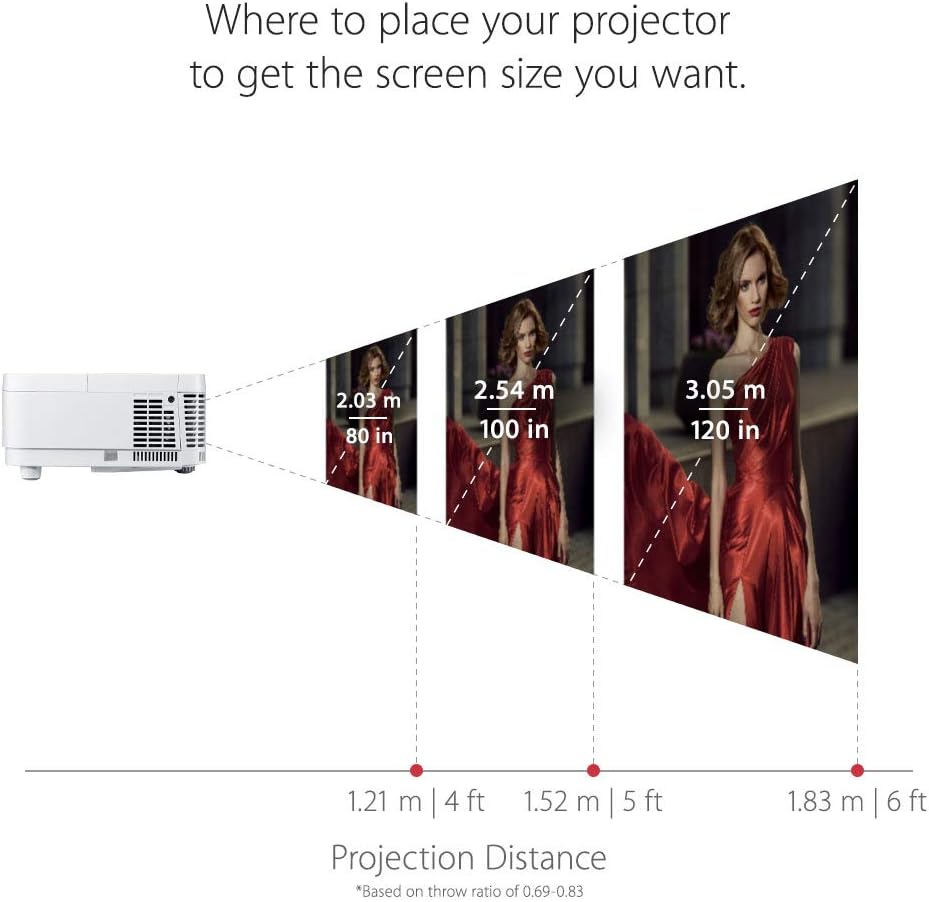 If you would like to purchase your own pre-assembled system you can use this link as well as clicking the images in this post to acquire the items depicted.