So I am watching the last episode of MIDNIGHT MASS, and I have to tell you… it nailed the landing.

At my heart there are things in me, romantic, macabre, agnostic, spiritual, sinner, believer in heroes, fool, ascetic, that this series pulls on all of.

For the most part, I think it is one of the most beautifully written and beautifully performed mini-series i have seen all year. I really enjoyed SQUID GAME, and think it deserves its accolades, but MIDNIGHT MASS is made, for me, of richer and far more rewarding stuff.

Thar said it is not perfect. There is a monologue at the end that comes off as a step too far. It feels too forced, contrived, not particularly well shot or directed, and simply too far over the line. Also the speech was a lot better (and shorter) when it was used at the end of a famous Richard Matheson penned movie. The speech feels self indulgent, and you can argue the whole series is that, but this speech is one step too far.

That misstep aside, for the most part… the writing, the direction, the performances; For those of a romantic soul, you’ll be hard pressed to find anything better. For 99% of it, it is a master class.

Girl: We’re going to be ok.

Boy: You think we’re going to make it?

Girl: That’s not what I said. I’m saying… either way, we’re going to be ok.

You are either of the sensibility that that line will move you deeply, or it will not. If not, this series may not be for you.

For me… that line breaks me every time.

Some people see this series as an attack on religion, or see in some of the bible quoting characters perhaps too close a resemblance to themselves, their own… zealotry. And therefore see it as an attack on them.

You have to see with better eyes than that.

Any worthwhile story about good and evil, ultimately calls into question not faith, but blind faith. And sees ignorance not as a moment to chastise, but ignorance, acknowledging it, as the only true first step toward wisdom.

I do not buy many TV shows on physical media, because I have little interest in re-watching most TV shows. This will be one I can not wait to purchase and own, hopefully in a beautiful and feature rich box-set version. 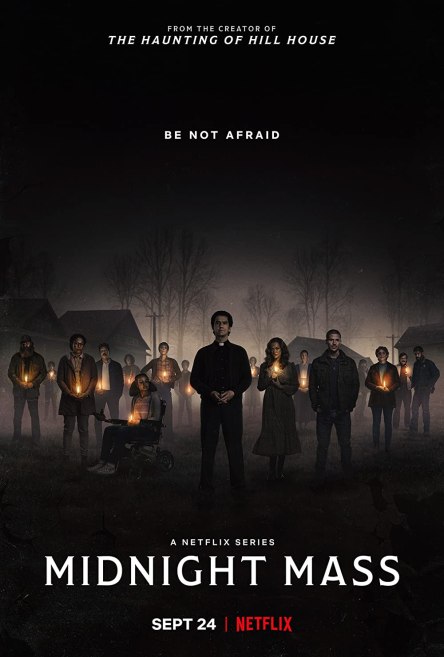