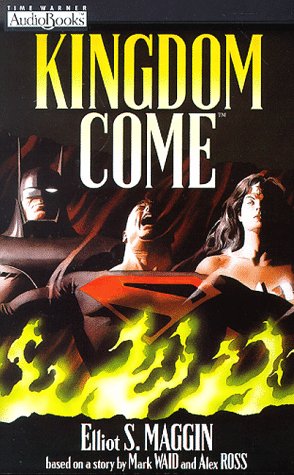 I LOOOOOOOOVVVVVVVVVVVVVEVEEEEEEEEEEEE this audio book!. I’ve had the audio cassette for years and ripped my copy to cd so I can listen to it when in my car going to/from work, etc.  I Loved the graphic novel so much that when I heard about the audio book, I just had to have it.

And this audio book, actually does what I thought was impossible. it makes the graphic novel, which I consider a masterpiece and one of my favorite books, even richer and more beloved.

That said it has been a good couple years since I have found these CDs and revisited this audio book. I listened to them this week…. and it still hits me the same…. my goodness I LOVE this audio book. 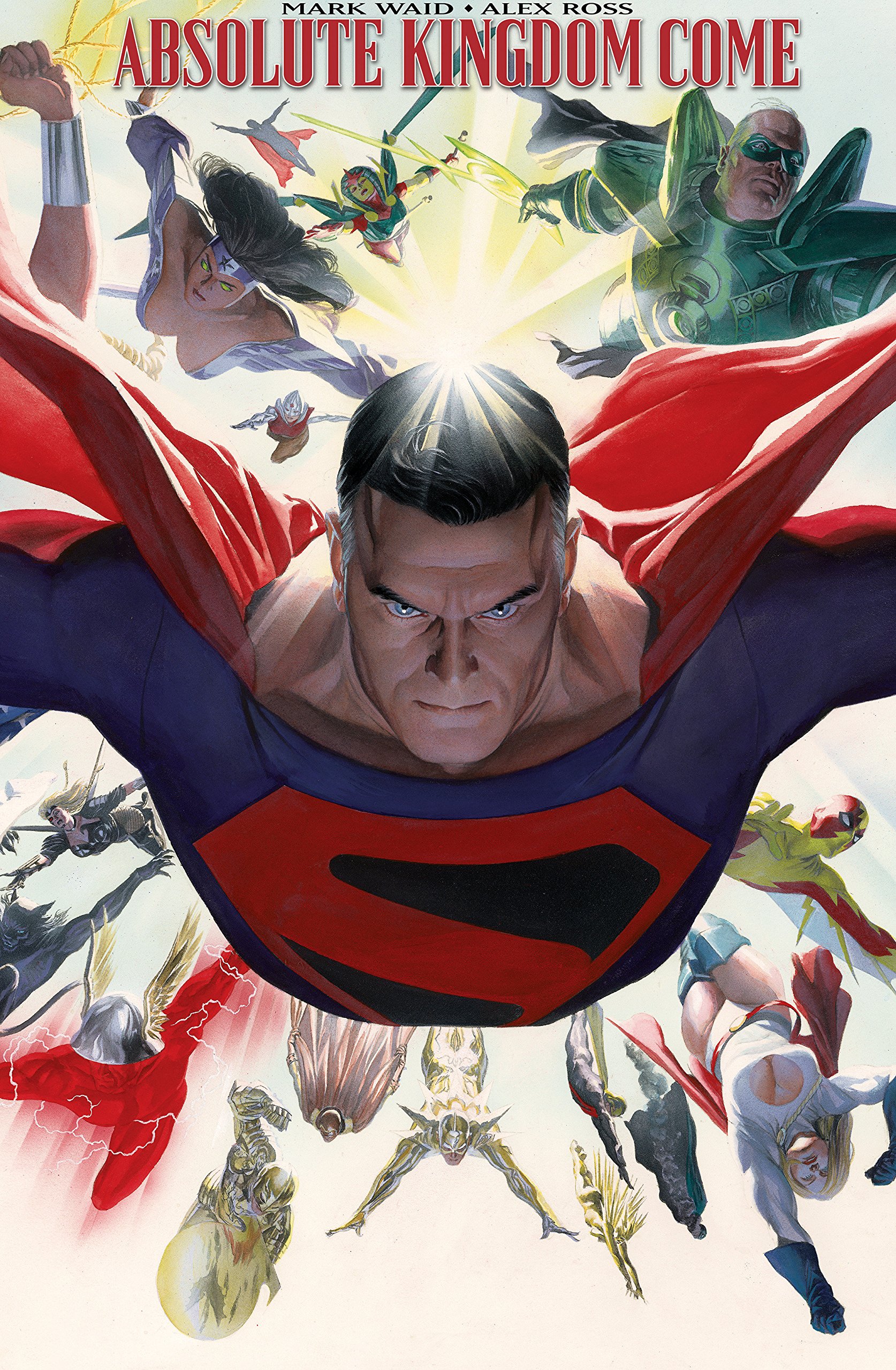 Click the image above to own the ABSOLUTE KINGDOM COME while it is still in print. A must own.

Alex Ross was not just the artist on the book, KINGDOM COME, it was his brain-child, he conceived it, this was and is very much Alex Ross’ story that he brought to DC,  this idea of the Twilight of the Gods, even to having his Dad in the book as a central character, and DC paired him with Mark Waid to flesh out the story and create the script and structure.

And all due respect to Mark Waid (you can’t have a much better scripter/writer to flesh out your ideas, and make your concept better, especially when it comes to DC Characters and history and imbuing it with a sense of the iconic and the nostalgic);  but I do think we need to give due respect to Alex Ross, and start giving him his due praise for the story even existing, and its romantic, and  even spiritual nature… giving us the gist of this story about —  faith rewarded.

And here another great writer and lover of all things DC, Elliot S. Maggin, takes the Graphic Novel and adapts it for the novel and the audio book, I think with faithful and momentous and heartfelt results. 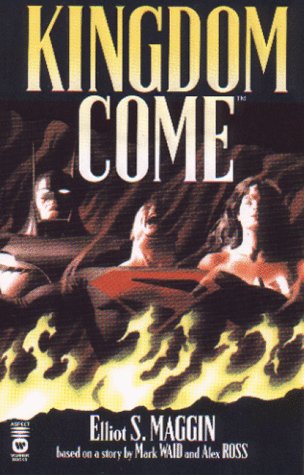 “5.0 out of 5 stars Read the comic, then read this exceptional novelization

Reviewed in the United States on February 18, 2013

Verified Purchase
The best novelization of a comic I’ve ever read, hands down. In fact, this is better than any novelization of a film I’ve ever read, either. From Elliot S! Maggin comes an adaptation that matches the iconic, mythic feel and grandeur of the original story. He adds such rich detail and additional story that I tend to tell people that it’s not enough to just read the comic anymore, that a full appreciation for and understanding of the story requires also reading this novelization. I give it an enthusiastic recommendation”–Amazon.com Reviewer

Moments in this audio book never fail to give me chills or make me teary eyed or make me inspired. The audio eliciting memories of Alex Ross’ stunning iconic painted moments. So yes, you very much need to have read the Graphic Novel first, to appreciate the audio book.

“And fingers that can fuse coal into diamond, crawl across human bone. And in the hush, ears that can hear a cell divide, pick out with chilling ease, the  scream of human rage.”

I think the performers with one or two brief exceptions for the bit players, are all fantastic. The main characters, Superman, Batman, WonderWoman, Magog, Norman McKay, Wesley Dodds, Spectre, many more— are all picture perfect.

Alex Ross meets Mark Waid meet Elliott Maggin— all add up to the best DC adaptation ever made.

The cassettes have dried up, but sometimes you can catch one popping up from time to time. And hopefully one day they will release the CD (but wouldn’t hold my breath, considering it has been over 20 years since the Audio Book was released). However, if you can snag a copy, it is worth having.