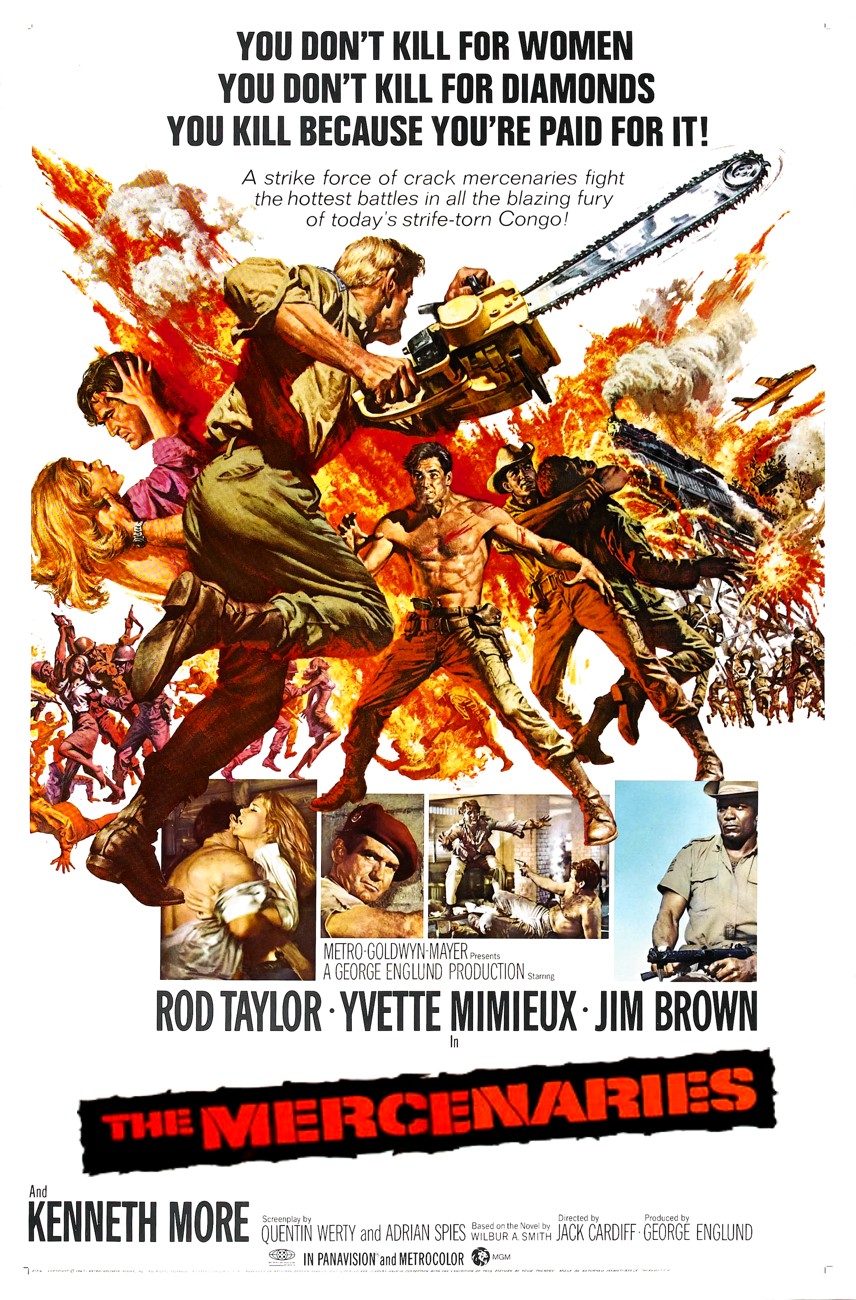 Wow. 1968 must have been some year. Not only was THE STALKING MOON an unexpectedly dire and gripping western, DARK OF THE SUN, wrapped up under the guise of just another war/action/adventure film,  is underneath a surprisingly brutal and relatively uncompromising look, at a fresh topic at the time of the film’s release, the war and ethnic cleansings and massacres occurring in the Congo (a topic not even the US news of the time was covering).

The film has its flaws, the romantic interest feeling tacked on, and some of the other sentimentality and decision-making feeling forced and overwrought, however overall, it is an impressive film, gripping, and at times shocking in its implied violence and subject matter, especially for a film from 1968. The one-two of Rod Taylor and Jim Brown, real card-carrying tough guys turned actors, in the same film, and the writing that at moments is profound (Jim Brown’s short speech in the middle of the film, I found moving), makes for a compelling and recommended watch.

With Warner Brothers under At&t management making questionable decisions, the future of physical media releases from this company is in some doubt, so I took their 2020 End of Year sale as a good time to pickup some Blu-ray titles that I did not want to become available, only on Streaming (if at all). THE STALKING MOON and DARK OF THE SUN were two of those titles I picked up, and I am I glad I did.

These are films that should not be at the mercy of Streaming or Licensing deals for you to view. Must own films.

DARK OF THE SUN, flaws and all (the ending feeling a bit contrived), is a solid B/B+ of a film. Click on the poster above to view additional details and/or purchase.