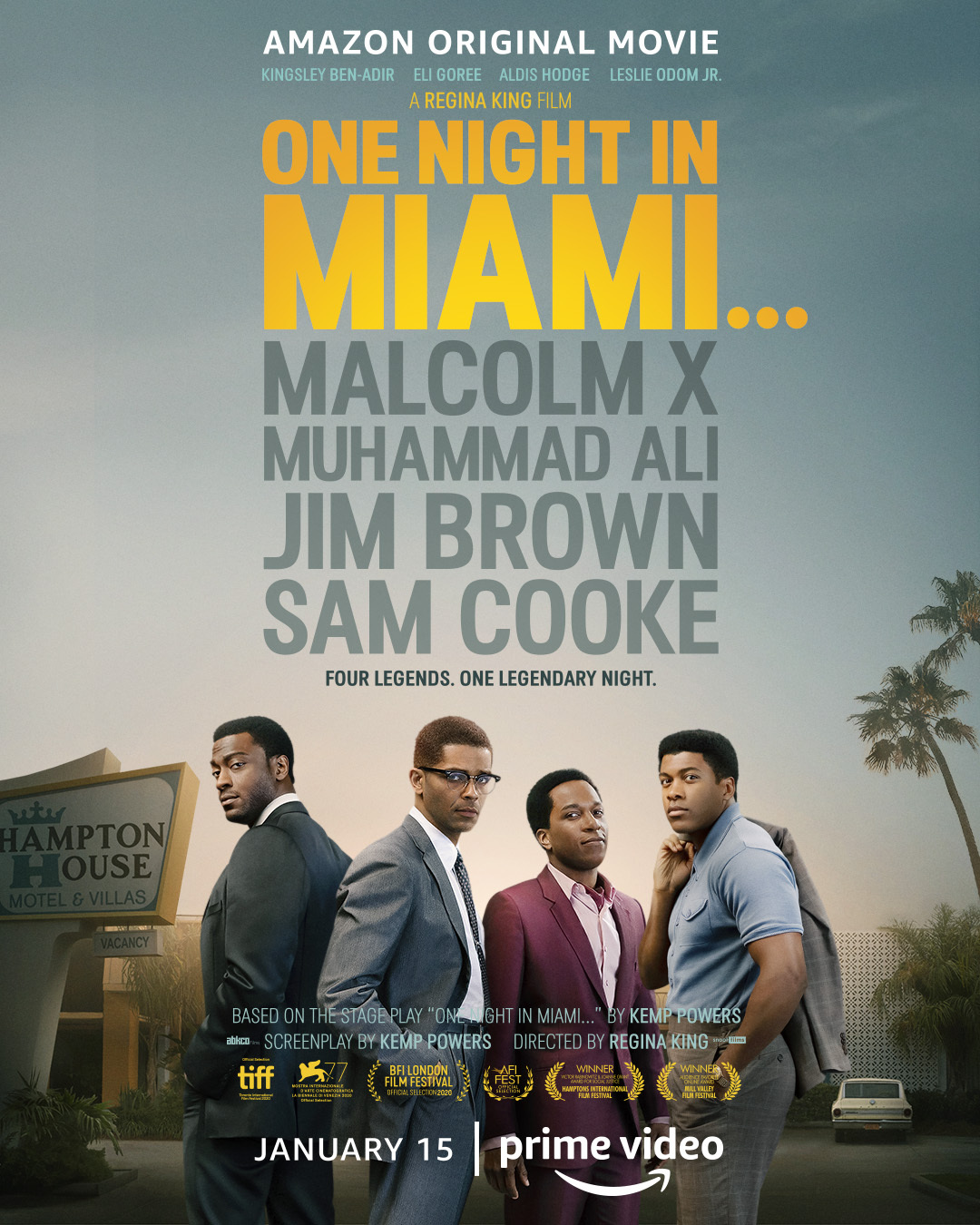 ONE NIGHT IN MIAMI Movie Trailer

I have a few great theater experiences of my life.

Seeing MAN OF LA MANCHA performed in Germany. Seeing MERCHANT OF VENICE performed by the Morgan Players, a night with a walk-thru RICHARD THE THIRD play, following the actors among the ruins of an old edifice, as the stars came out above us, and the heavens began to weep. A few other such experiences come to mind.

Five years ago (and I only know that because I looked it up, so present is this play in my memory– that I thought I had seen it only last year) I had the great pleasure to see a play making its East coast debut, called ONE NIGHT IN MIAMI.

The play was created by Kemp Powers, and first performed in 2013, and was directed the night we saw it, by the great theater Director, Kwame Kwei-Armah. It blew our socks off. It played to a packed house, and elicited several raucous standing ovations. And we went back to see it the next week (and I seldom see a play twice), and it was just as brilliant, and the ovations, just as plentiful and well deserved.

It remains one of the great theatrical experiences of my life.

So to see it five years later make its feature film debut, and stumble across this excellent trailer, puts a welcome smile on my face. A film by necessity is a very different thing from a play, it is a different interpretation to play to the strengths of a different medium.

This will not be the play, any more than the AVENGERS movie can be the comic. But what it can be is a compelling film, and based on the trailer, it looks like that is exactly what it will be. Regina King makes her Directorial debut, and I for one am hugely looking forward to catching this when it breaks on Amazon. If the trailer is any indication, and the cast, and the crew, this is a film that will do the play proud. This for me, is a 2020 Must watch.