‘God, has made a way for you, you unalterable fool.

And all you have to do, is walk the path.’ 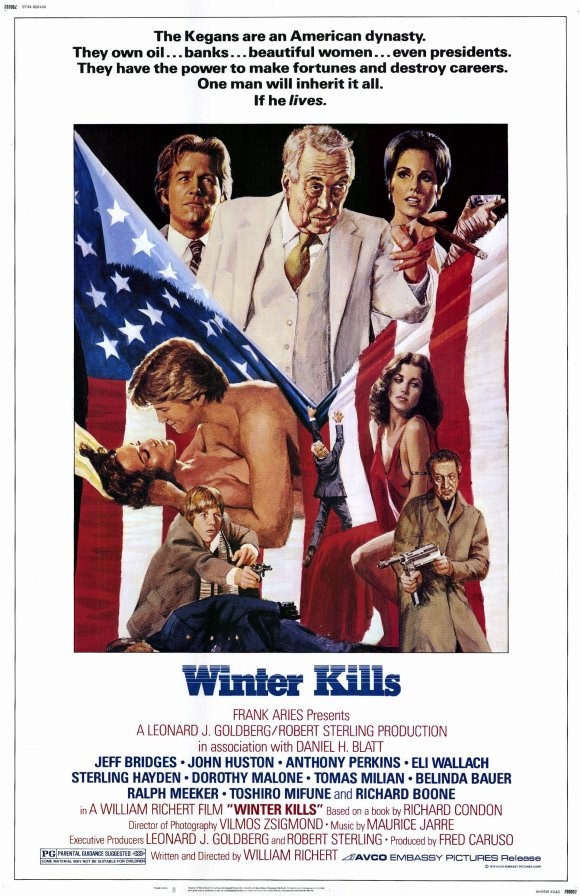 I’ve been toying for some time with buying this 1979 film on DVD/Blu-Ray, based on its description alone. On paper it boasts a stacked cast (Jeff Bridges, John Huston, Elizabeth Taylor, Anthony Perkins, Eli Wallach, Ralph Meeker, Richard Boone, Tomas Milan, Sterling Hayden, Toshiro Mifune, the list goes on) and an intriguing premise.

Finally viewing it today courtesy of Streaming (believe it is on both KANOPY and AMAZON PRIME) and it is not a crowd pleasing film, but I like it despite itself. It is awkward, and spastic, and off kilter, and more than a little strange, this take of a family and nation marred by an assassination, which obviously reverberates with writer/director Richert’s theories on the Kennedy Assassination.

I like the way the film thinks, the way it breathes, patient and without hurry, the morose wit of the film, of a nation lost, slowly rolling, longing and loathing, in its sin.

I like the odd view it gives of power and the absence of privacy, and though the technology is outdated, the gist of it, over 40 years later is prophetic (or perhaps timeless is the better word), in its viewing of the lie of democracy in an age of Robber Barons.

It is compelling viewing, that I am richer for having seen. And yeah this is one to own in Physical media, because I can not wait to listen to the commentary by Writer/Director William Richert. This was Mr. Richert’s first feature film, and,while not a hit at the time, is an intriguing debut, and the cast alone make this a must own. Unfortunately  it would be followed by only 3 more films by Richert, and they would be progressively less well received.

But we still have his debut fan, WINTER KILLS.

Get your copy HERE!