1972’s Renato Polselli directed Italian Giallo/Thriller DELIRIO CALDO (loosely translated as ‘Hot Frenzy’, and in the US called… DELIRIUM), remains 48 years later jaw-droppingly ludicrous, ‘wtf’ inducing and bat-guano insane. One of the more luridly filmed of Italy’s spate of Giallo films, even for that genre this film was strange.

It is not a film made with any sense of humor (there is a slight comedy relief character, but as is typical in these films he is not remotely amusing), but there is a sense of ludicrousness in watching it, in just how extreme and over the top everything is, from the direction to the performances to the depravity to the fashion. 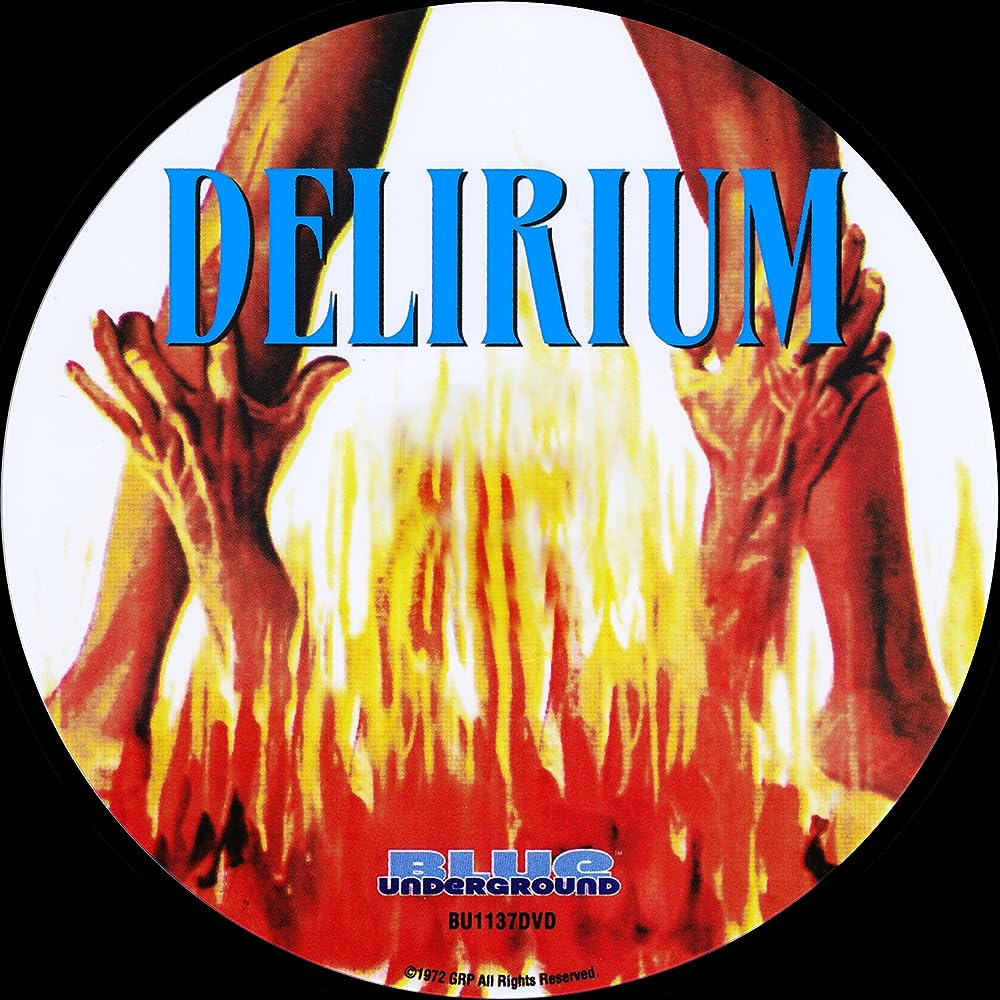 It is the odd period between the swinging sixties and free love seventies, Italian style, before it all went to hell; and even in a movie as debased as this one, that touchstone to the age of miniskirts and bell bottoms and psychedelic shirts (even for police officers 🙂 ) is strangely fun to see.

There are two distinct versions of this film, the Italian version and the US version, both pretty different, but both equally odd and equally worth seeing/comparing. Being a 70s Italian Giallo, these were typically recorded without sound, so both the Italian and English versions are ‘dubbed’ versions, the soundtrack put on afterwards. Both soundtracks are equally valid, you just have to determine which cut of the film you prefer.

The American version is a rather crudely cut, at times butchered and toothless version (at times not), tacking on a completely moronic vietnam war opening and flashbacks, and cutting the manic scenes that essentially make this movie, into pretty tepid, uninspired bits. Definitely see the Italian version if you can only see one. And if planning to see both see the Italian version 1st, and watch the American version more just to see the diferences.

Now one interesting plus to the American version is It does actually in parts make more sense than the Italian version, however it does this, again in parts, at the cost of the hyperbolic dream madness momentum that drives the Italian version.

It also loses and changes major subplots, by including scenes not in the Italian version, and the films divulge further the closer you get to the end. At first I see those changes as weaknesses, but as the film goes on, the American version, while not as fun, is bat crazy in its own way. The American version, particularly with its Vietnam wraparound, very much predates a similar far more popular 1991 horror-tinged American film.

It is a fascinating look at two very distinct cuts of a film. So yeah, this review is pointing you toward the Italian version, if you can only see one of them, but yeah comparing the two is very intriguing.

I have to tell you, re-watching this film, the Italian cut, after having not seen it in years, taken for what is is, a piece of 1970s era exploitation fluff, and with a caveat that violence against women is a bad thing of course, this film as a bit of not to be taken serious film-making, is absolutely mind-boggingly ludicrous and entertaining at the same time.

I would have to say if you are a fan of 1970s Italian Giallo’s and have not seen this one, you should rectify that. While not in the same cinematic league as the best of Argento ( DEEP RED, SUSPIRIA) or the best of Fulci (ONE ON TOP THE OTHER, SEVEN NOTES IN BLACK, DON’T TORTURE A DUCKLING, and LIZARD IN A WOMAN’S SKIN) this is definite compulsive watch in its own right.

Unsurprisingly this film is currently not available on streaming (for me, this emphasises the ‘here today – gone tomorrow’ unreliability of streaming, and why physical media will always be necessary and king, and the gold standard for viewing… your way. And this comes from a guy who also enjoys and pays for streaming). However BLUE UNDERGROUND put out a great DVD of it, with both cuts of the film. Use the link below:

“One of the more bizarre and extreme giallo. Exactly as described – this one has not been oversold; it’s charms are not exaggerated.Even the most jaded “seen it all’ viewer will get some kicks from this underrated gem.”